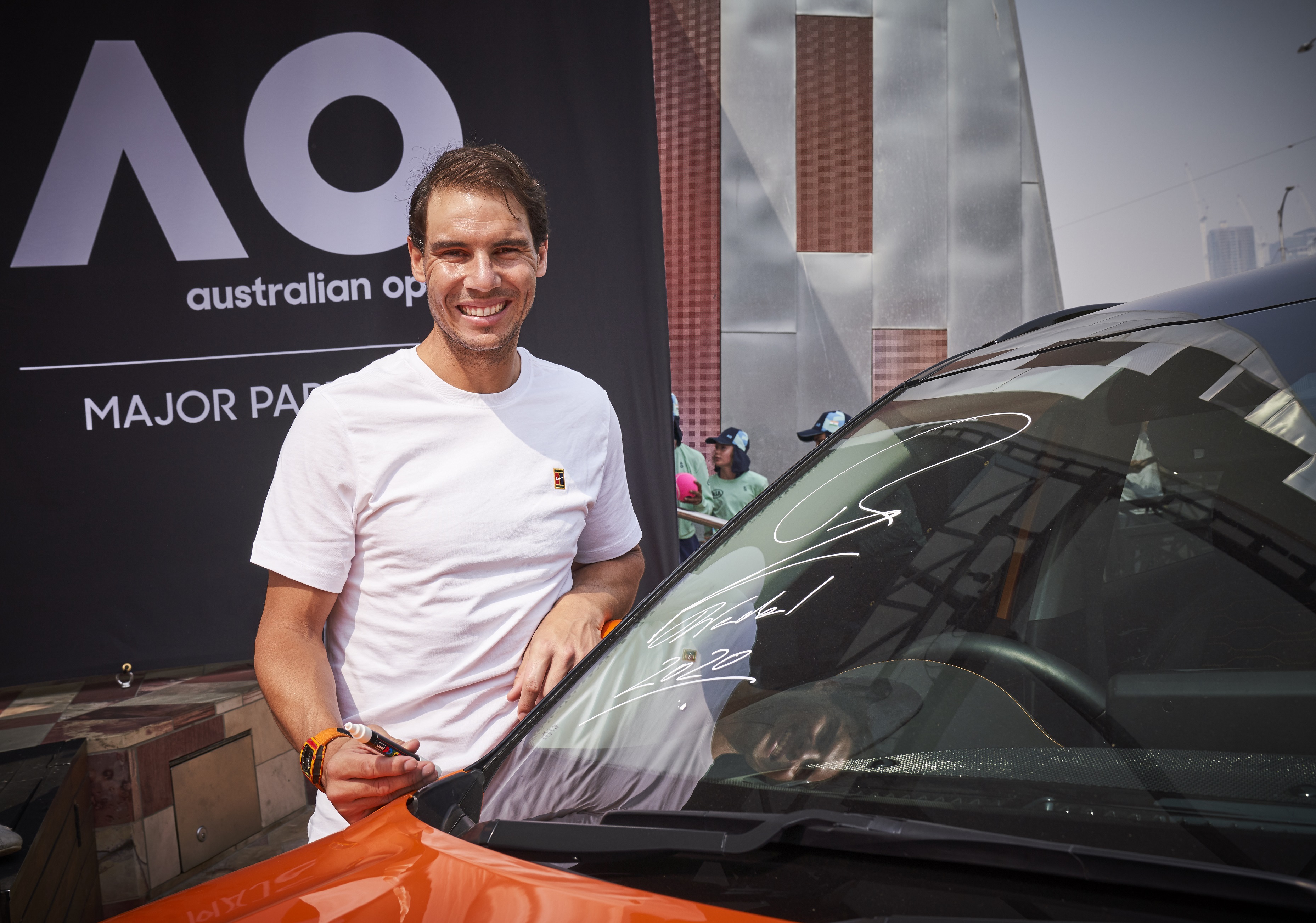 Kia Motors Corporation has announced tha the company has supplied a fleet of official tournament vehicles for the Australian Open 2020, marking the company’s 19th straight year for this major Grand Slam event of the Asia-Pacific region.

The Kia Carnical MPVs were formally handed over in a ceremony held at the Federation Square in Melbourne, in the presence of the brand’s Global Brand Ambassador, Rafael Nadal, who has won 19 Grand Slam men’s singles titles. A fleet of 130 Kia vehicles comprising Carnival MPVs, Sorento SUVs and the Stinger fastback sedans was handed over to the organizers of the tournament. The vehicles will be used for the comfortable and safe transportation of players, match officials and VIPs during the tournament which is scheduled to be held from January 20 to February 2.

In 2019, Kia and Nadal had celebrated their 15th consecutive year of partnership since 2004, with Nadal participating in Kia’s “The Power to Surprise” brand campaign. During the course of this partnership, Spanish champion Nadal has garnered 19 Grand Slam singles titles and one Olympic gold medal. In the event that he emerges as the winner of the singles championship this year, he will establish a shared all-time record of 20 Grand Slam men’s singles titles.

“For the last nearly two decades, Kia’s partnership with Tennis Australia and the Australian Open has evolved into a global benchmark for long-term sponsorship in the sports world,” said Artur Martins, Vice President and Chief Marketing Officer of Kia Motors Corporation.

He added: “With each passing year, Kia and Tennis Australia share their continuous commitment to innovation, providing excitement and unforgettable memories to our fans. We look forward to contributing once again to the Australian Open’s fame and popularity as one of the world’s most festive, thrilling sports competitions.”

Kia used the handing over event to extend the official partnership with the Australian Open to cover the Australian Open Ballkids Program. The Kia logo was added to the unifirms of the the ball kids, which are produced sustainably with polyester filament yarn obtained 100-percent from post-consumer PET bottles.

Kia has been sending 20 ball kids from Korea since 2004, and 10 ball kids from India starting from the 2019 Open to the Australian Open. The company has also taken an active interest in soccer, through its sponsorship of the FIFA World Cup and UEFA Europa League, and had given over 500 children so far the chance to present the official match ball on the pitch as part of the annual Official Match Ball Carrier program.

At this year’s Australian Open, Kia will team up with Uber for operating the Kia Fan Fleet of 30 Seltos SUVs. This fleet will be used to provide free rides to Uber app users within the Melbourne central business district when they go to Melbourne Park.

Kia also plans to conduct a wide range of interactive activities for tennis fans. They can take selfies of themselves while seated in a Kia Stinger fastback sedan alongside an augmented reality image of Rafael Nadal at the Kia AO Selfie Booth,.

At the Seltos Studio, a space designed to offer fans immersive experiences, people can engage in a variety of activities, such as viewing, entering and learning about Kia’s latest stylish compact SUV, the Seltos, under staff guidance, and play diverse, fun-oriented games featuring special lighting and music.

Tennis fans can purchase used tennis balls from the 2019 Open at a ball vending machine installed on the tournament compound, and the proceeds from the sale of these balls will be used to support Australian junior tennis development through the company’s CSR initiative, the Kia Ball Drive.