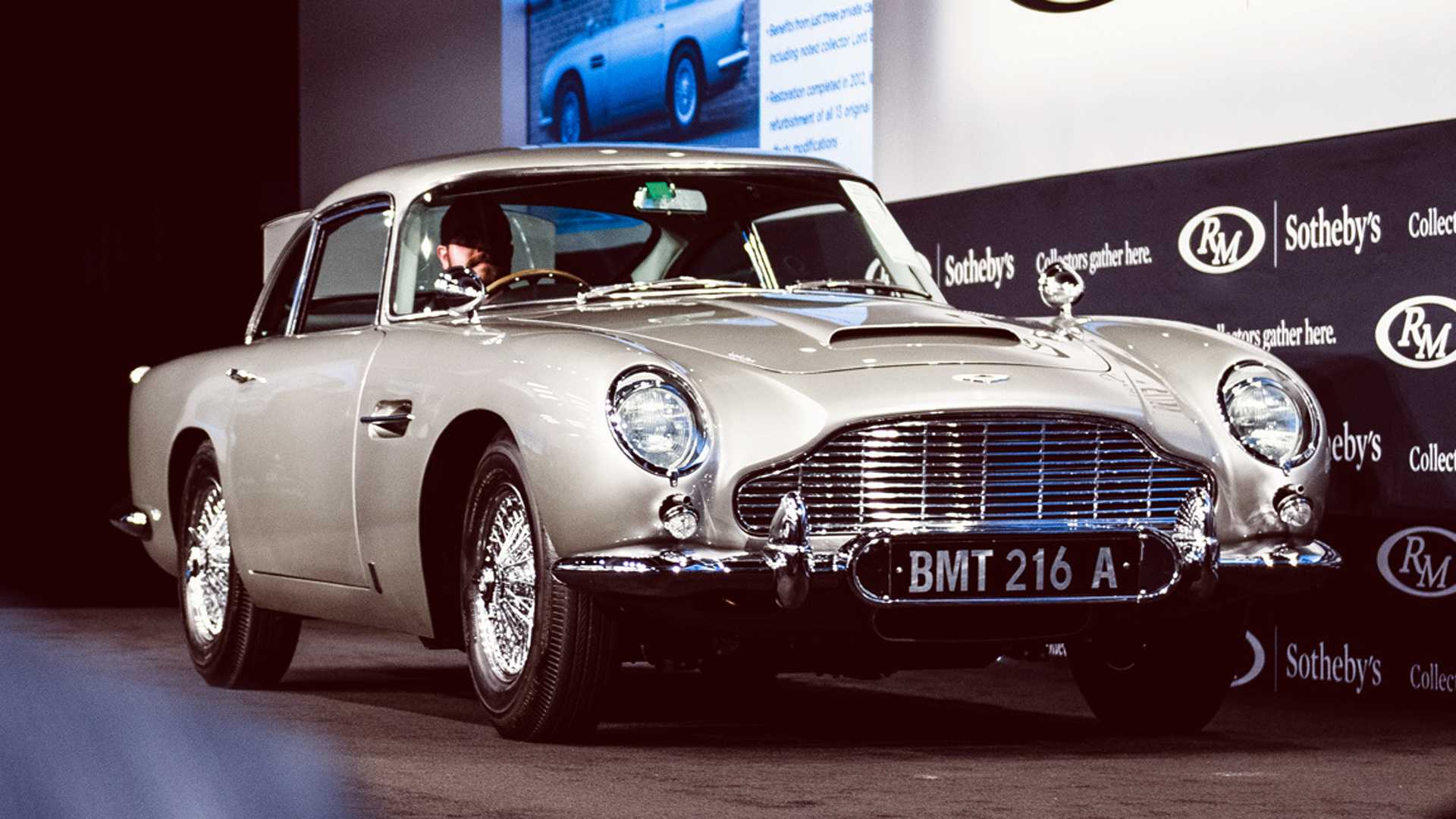 A vintage 1965 model Aston Martin DB5 that had all the gadgets that James Bond loved including pop-out machine guns, tire slashers and bullet-proof shields sold for a record price of USD 6.4 million at an auction held by RM Sotheby. The car had three private owners over 50 years.

The vehicle, which was described as ‘the most famous car in the world’ was the highlight of the firm’s special Aston Martin event at its Monterey sale and thus earned the title of being the most expensive DB5 ever sold at auction.

Bidders from across the globe vied for the car, which was never used in the Bond films but matches the one that was driven by Sean Connery in the cult movies Goldfinger and Thunderball.

The car is only one of just three original cars which were specially commissioned by filmmaker Eon Productions, and fitted with MI6 Q specifications. The estimated price for the car was set at USD 4 million – $6 million when it was offered for sale in Monterey, California on August 15, 2019. Eon Productions used the car for promotional events for Thunderball in the United States, according to the auction house.

The car had 13 modifications which were made for the Bond movies including a Browning 30-caliber machine gun in each bumper, wheel hubs sporting tire slashers mounted and a bulletproof rear screen which can be raised and lowered from behind the rear windscreen.

He added, ‘Aston Martin Lagonda has stood tall at the pinnacle of the British automotive world for over a century. Recognized today for our excellence in design, engineering, craftmanship and style, we of course would not stand in this position without a rich history of iconic models that have helped shape and define what this brand means today.

‘Thanks to RM Sotheby’s, this event has been, without question, a highlight on the Aston Martin heritage calendar in 2019 and I, for one, look forward to seeing many more sales in the future, in partnership with our exceptional heritage division, Aston Martin Works.’

Barney Ruprecht, car specialist at RM Sotheby’s said that in addition to the new record, the high level of interest in the car and excitement leading up to the auction solidified its status as the ‘most famous car in the world’ and the enormous amount of respect that the Aston Martin brand commanded.

Ruprecht had previously said that no other car in history had ‘played a more important leading role on film and in pop culture than the Aston Martin DB5’.

Ruprecht had said before the sale that the DB5 was the iconic cornerstone of a marketing relationship that still exists as the model’s collectible status is closely linked to its 007 fame.

‘This is an unbelievably rare chance to play secret agent in a car that offers incredible performance and style in its own right and we’re honoured to offer the Bond DB5 alongside our partners at Aston Martin.’