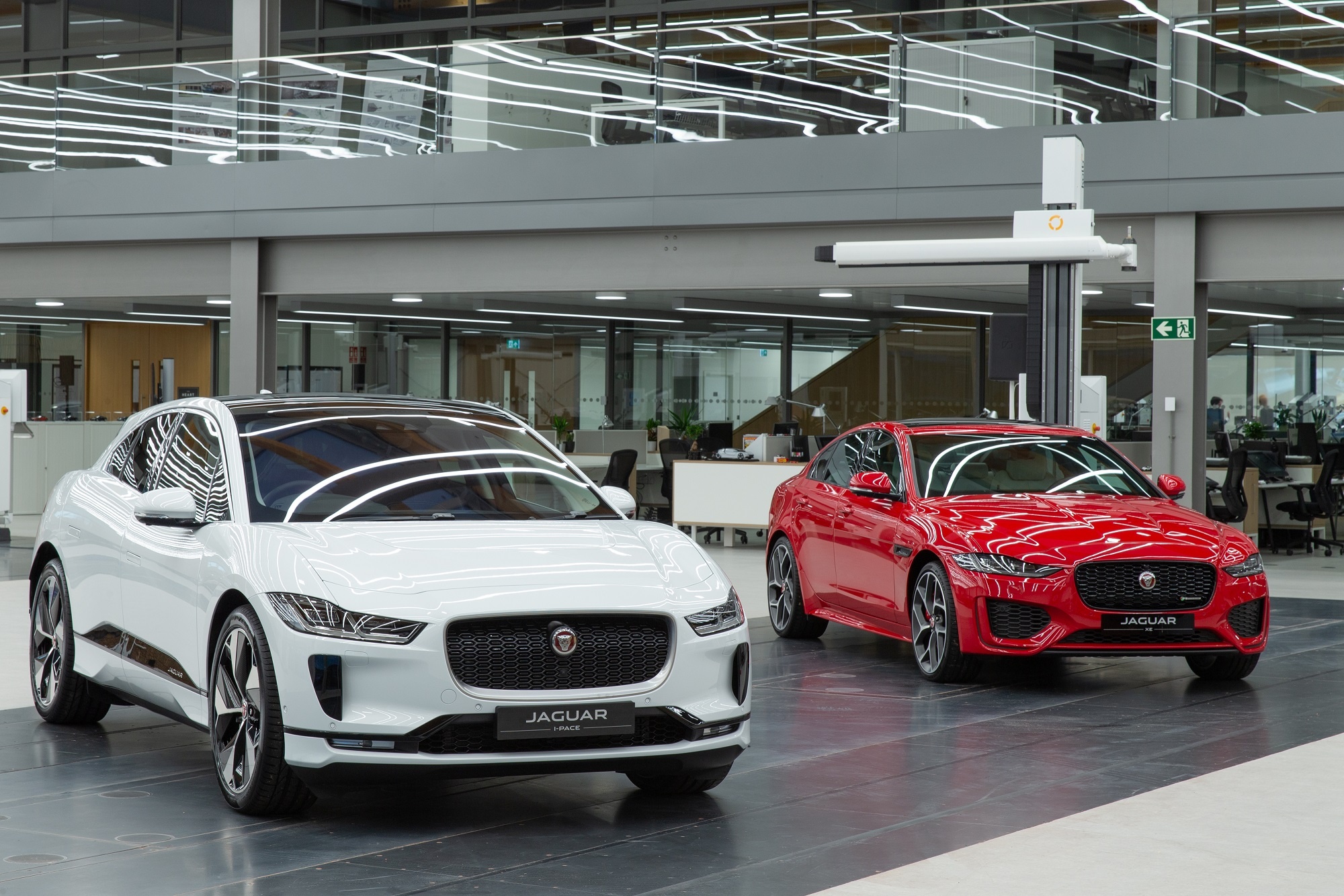 Jaguar has opened a new dedicated design studio in Gaydon. The new studio will serve as a purpose-built creative space for the brand’s complete design team. This is the first such step that Jaguar has taken such a step in its history that goes back 84 years.

The new studio will be helmed by Jaguar Design Director, Julian Thomson, and is described as the most advanced automotive design center in the world. It has been specially designed to further enhance the human creative design process with its range of world-leading technologies.

The ‘Heart Space’ is a collaborative hub at the center of the new studio where the brand’s highly creative and diverse team comprising 280 people can converge for designing future generations of Jaguars.

The Heart Space is surrounded by bespoke working environments for the Interior, Exterior and Colour and Materials teams, as well as the teams dealing with Design Visualisation and technical design.

The design team at Jaguar comprises designers drawn from all parts of the world and from a wide array of industry backgrounds, including fashion, watch-making, sports and gaming. Having such wide ranging backgrounds in terms of design helps the team to deliver its ‘Jaguar’ interpretation of Britishness with the aid of contemporary materials and processes. Those processes leverage industry-leading technology, which include custom-made clay modelling machines, virtual reality (VR) systems and an 11-metre 4K digital display wall known as ‘The Electric’. The clay modelling machines make it possible for 20 models to be worked on simultaneously. The new studio sprawls over an area that measures over 12,000m2 – an increase of around 33 percent when compared to the total previous studio spaces based in Whitley.

Commenting on the new studio, Julian Thomson, Design Director, Jaguar, said that Jaguar is known for being a design-led brand with the company following the design values and philosophy of Jaguar’s founder, Sir William Lyons. The focus is on creating the very best cars for Jaguar customers. Jaguar’s design team uses creativity and innovation to respond to the challenges that the automotive industry faces currently.

The new facility would serve as a highly creative space that would bring the entire design team together so that they would be more inspired through interaction and collaboration. The studio has the latest technologies but the role of the diversity of human expertise and the design team’s passion for Jaguar are just as important, according to Thomson.

The key studios are called Studio 3 and Studio 4, after the numbers of the Jaguar D-types which won the renowned Le Mans race in 1957 and 1956 respectively and also in homage to studios 1 and 2 at Whitley, which housed Jaguar Design from 1985. The same naming approach has been taken with regard to the meeting rooms, with half named after iconic Jaguar models and the other half being named after prominent people in Jaguar history, including founder Sir William Lyons, designer Geoff Lawson and the actor Steve McQueen.

Studios 3 and 4 serve as the home of ten clay modelling plates, each measuring 20-meters in length and with the capacity to accommodate two clays, with a load capacity of 4.5-tons. For the first time, designers can now place interior and exterior models next to one another to further improve synergy and collaboration between both.

Each plate is fitted with floor-integrated machine rails to allow double-sided processing of models by the 3+2-axis Kolb Concept Line CNC clay milling machines, each fitted with a 1kw motorised spindle capable of 16,000rpm. The advanced system can switch between measuring and milling both quickly and easily.

The plates also come with floor-integrated lifts for the clay models, which provide continuous height adjustment, thus facilitating the most ergonomic working positions for the Jaguar modellers.
The studios are fully temperature controlled to ensure clay remains in the ideal state to be worked by the 46-strong team of sculptors, while lighting is provided at exactly the right brightness and colour temperature for optimal vision.

Alister Whelan, Interior Design Director, Jaguar said the entire studio was conceptualized with the goal of further refining the design process and making it even more dynamic, while retaining the heart and soul of Jaguar. Jaguar We consulted the entire design team to create our new home together as a family. That’s a key part of our ethos because we want to encourage even more collaboration and synergy between different design disciplines in the studio, with the community Heart Space at its core.”

Studio 4 has been built facing north in order to receive the best light from the outdoor viewing area through huge glass doors. It is easy to take the models outside to view them in natural light and from a variety of distances and angles. To use natural light to the maximum possible extent, the new Jaguar Design Studio has 906m2 of glazing, and this includes three full-length skylights through which light floods the studio. Extensive use of structural wooden beams further enhance the light and warm ambience of the studio.

In the studio, the ability to view models from different heights is as important as lighting in the studio. For the first time, designers will be able to examine models from alternative heights from the Mezzanine, View Room and The Steps, which is an amphitheatre-style seating area.

VR is also quite important now in terms of design and the digitalisation teams are active at every stage of the design process from sketching to launch animations. There is a VR rig that makes it possible for designers and studio engineers to test ideas in the virtual world at a faster and more efficient pace than before. The Computer-Aided Surfacing (CAS) team works on converting the design sketches into 3D models right from the early conceptual stage while the in-house Design Visualisation and Animation (DVA) team collaborates with designers and data teams to render and animate the sketches and 3D models.

The new Jaguar Design Studio will give greater importance to the use of advanced material technologies with the Colour and Materials team having greater space and technology to explore and test the use of new and sustainable resources. These materials will continue to meet the highest standards in terms of luxury and tactility for new vehicles while meeting Jaguar’s high quality standards.

The Colour and Materials team will have a key role in the creation of each vehicle as they deal with both the exterior and interior, and several aspects ranging from visualizing even the small details related to the interiors like the Jaguar print in an E-PACE center console to devising new paint colours.

The Jaguar Design Studio was designed in collaboration with Bennetts Associates and is part of the wider Gaydon Engineering and Design Center.