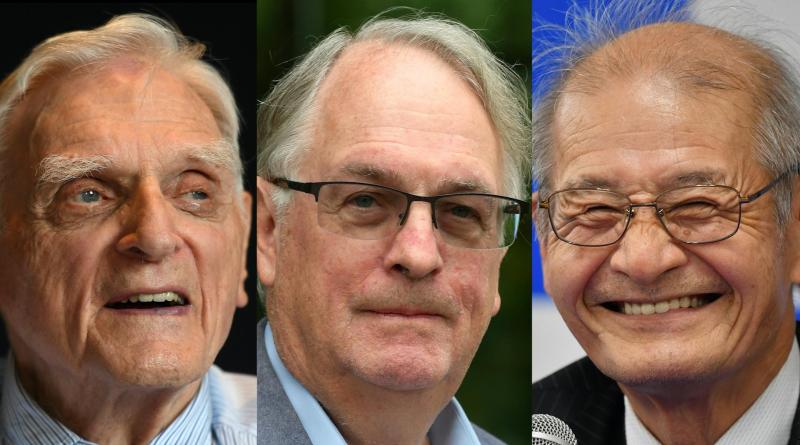 Three scientists who were involved in the development of rechargeable Lithium-ion batteries won the Nobel Prize won the 2019 Nobel Prize in Chemistry.

Sara Snogerup Linse, a professor in chemistry professor and member of the award committee said that their work provided the world with access to a technical revolution as rechargeable lithium-ion batteries serve as the source of energy for mobile phones, pacemakers and even electric cars. The batteries are being used increasingly on a global basis to store energy from sources that can fluctuate, like solar energy and wind energy

The scientists came up with techniques to use lithium which till then was considered to be too reactive to be used for the storage of energy. Lithium in its pure form is so reactive that it needs to be stored in oil and when it touches water, it emits gas.

M. Stanley Whittingham was a professor at Binghamton University in New York before he was recruited to work at Exxon in the 1970s. He discovered that titanium disulfide houses lithium ions and is an energy-rich material. His discovery that it is possible to make lithium atoms move from one electrode to the other at room temperature was significant but the first lithium batteries he developed began to short-circuit and catch fire. When a few of the first batteries exploded, Exxon decided to withdraw from the alternative-energy business.

This is where John Goodenough came into the picture. Goodenough, who was born in Germany, was a professor of engineering at the University of Texas at Austin, and at 97, is the oldest person to receive a Nobel Prize. He played a key role in making Lithium ion batteries more viable as he improved the batteries in 1980 by replacing titanium disulfide in the cathode of the batteries with cobalt oxide, which doubled their energy potential.

Akira Yoshino, of Meijo University in Nagoya, Japan was the one who developed the first commercial lithium-ion battery in 1985 when he removed pure lithium in the anode and replaced it with a carbon-based material, petroleum coke. This significantly reduced the risk of explosions and he infused electrons in the petroleum coke to draw the positive lithium ions out of the cobalt cathode. When the battery was switched on, the ions and electrons flowed back to the cathode.

The discoveries of all these three scientists resulted in the production of a lightweight battery that can recharge hundreds of times without faltering, and hence each recipient of the Nobel prize for chemistry made an invaluable contribution to the development of electric vehicles and can be termed as a pioneer when it comes to the modern lithium-ion battery.