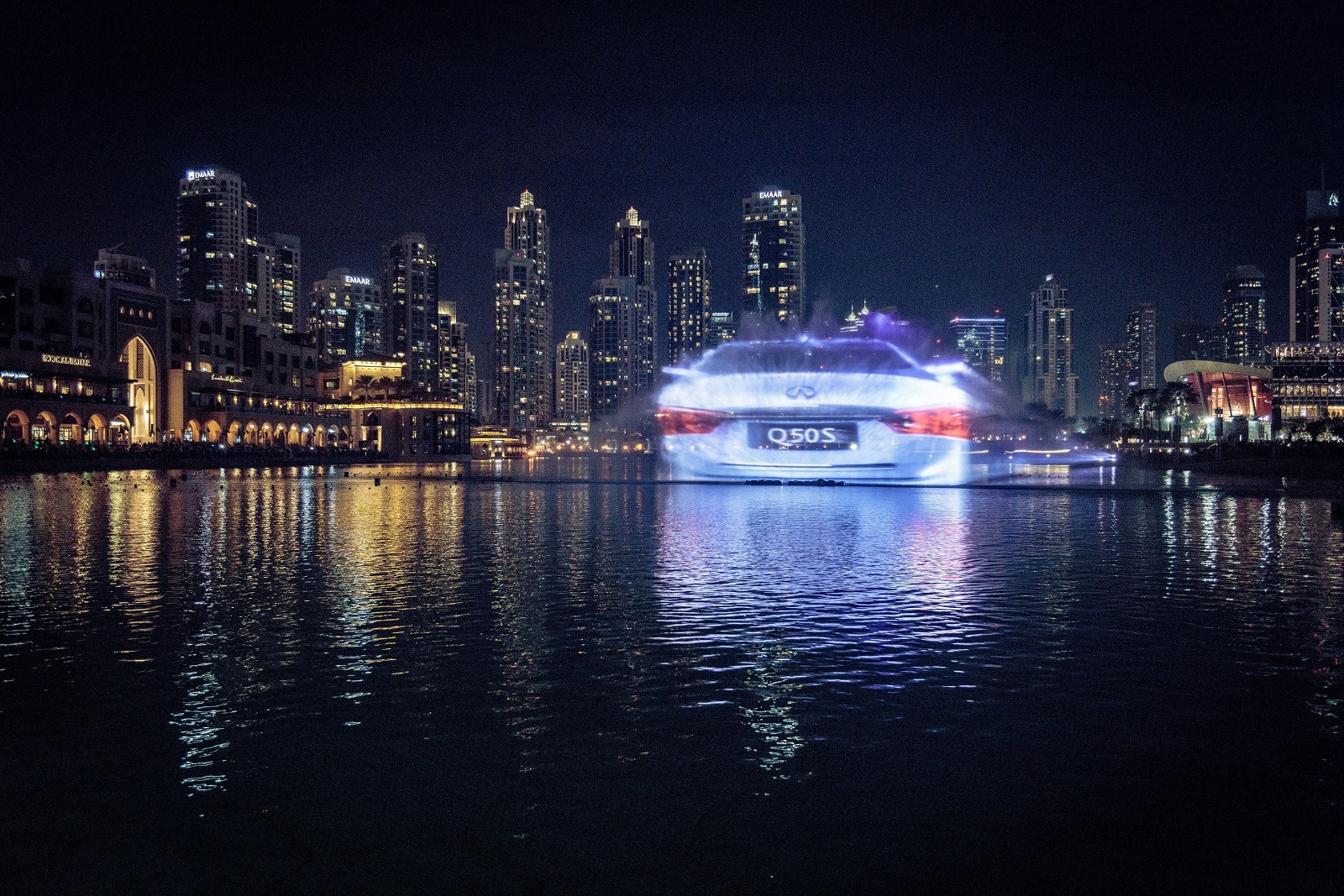 INFINITI Middle East dazzled viewers of the renowned The Dubai Fountain with a specially choreographed sequence of the fountain which used a unique combination of light, sound and water projection to bring to life the brain data of consumers when they drive a Q50 Red Sport 400.

The exciting display was held twice daily from the 14th – 17th of December, at 8pm and 10pm.

Speaking about the project, Juergen Schmitz, Managing Director, INFINITI Middle East said that it was great to see the project come to life in such a spectacular manner. He added that the results obtained through the study were largely successful and this was reflected in the performance at The Dubai Fountain as it epitomized the excitement of driving the Q50 Red Sport 400.”

INFINITI Middle East will disclose specific details of the study in the coming weeks but the visual display exhibited at The Dubai Fountain is a clear directional indicator of what they are likely to be.

Francesca Ciaudano, Deputy General Manager, Marketing & PR said that the analysis of the regional data revealed that when drivers of the Q50 Red Sport 400 are behind wheel, they reach an optimal level of. The quantifiable data was in a form that could be easily brought to life through a unique and engaging display of the Dubai Fountain.

The special performance of the Dubai Fountain was launched under the banner of ‘UnleashYourPotential’, Infiniti’s tagline. INFINITI Middle East worked with Emotiv Inc. to highlight the effect that driving a powerful sports sedan can have on brain activity as it enhances focus, engagement, excitement and enjoyment of the driving experience.

Working in close collaboration with Emaar, INFINITI Middle East choreographed a special performance of The Dubai Fountain, in the heart of Downtown Dubai, for a period of four days. This song was synced with the song that was created by the brain data.