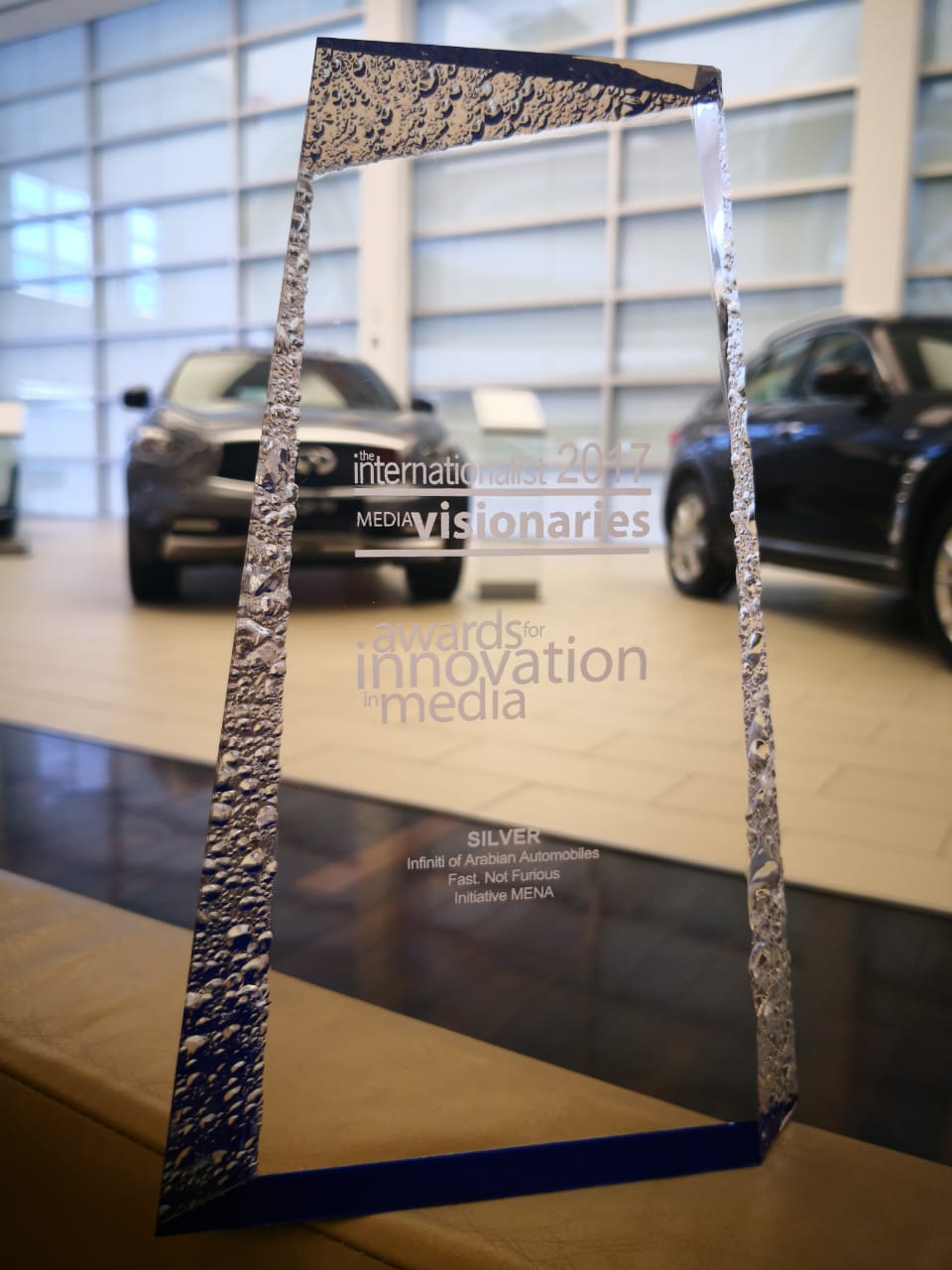 Arabian Automobiles, the exclusive dealer for INFINITI in Dubai, Sharjah and the Northern Emirates, and the flagship company of the AW Rostamani Group won the silver award at the 10th annual Internationalist Awards for Innovation in Media for its ‘FAST, NOT FURIOUS’ campaign. The company faced stiff competition as there were 400 entries from companies drawn from 32 global regions and only 12 per cent of the entries received awards.

The award highlighted the efforts Arabian Automobiles makes as part of its drive to engage with its customers through continuous creative, exciting and empowering messages. The company has recently launched other inspirational campaigns like its influencer-led ‘Pinkfiniti’ breast cancer awareness digital campaign, the taboo-breaking #NotAboutTheStache men’s health campaign, and the largest video billboard in the MENA region for the launch of the all-new, performance-oriented INFINITI Q50s Red Sport 400 in 2017.

The Annual Internationalist Awards for Innovation recognizes inspiring media case studies based on parameters like insights, strategy, and results across all product categories, and reflect the way companies market their products around the globe. The awards programme is organised by The Internationalist, which aims to reinvent marketing across the world by connecting the people and ideas in international marketing and advertising through original content, intelligence, thought leadership, community, collaboration, and influence.