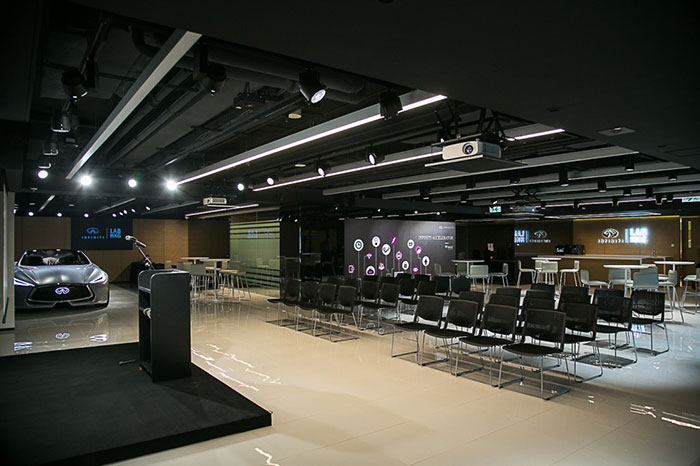 Infiniti and Nest®, a Hong Kong-based investment company, have jointly announced that they will be launching the second edition of the “Infiniti Accelerator” program, a 12-week program for identifying the most promising startup ideas. This will build upon the success of the first edition of the program that was held last year. As in the previous year, this year too, the theme will be smart cities but for this edition, the focus will be on connectivity technologies and the ways they can contribute to urban mobility in the future. Applications for the contest will be accepted till April 25 this year.

The Infiniti Accelerator is part of Infiniti’s drive to encourage entrepreneurial thinking and support urban development. As part of the program, eight start-ups will be shortlisted and will receive support from both Infiniti and Nest®. This support will take the form of resources and mentoring from specialists in the fields of connectivity, manufacturing, technology, hardware, smart cities, transportation and entrepreneurship. By the time they complete the 12-week program, the start-ups will also get a chance to pitch for funds and partners at an exclusive Investor Demo Day.

Commenting on the Accelerator program, Roland Krueger, President of Infiniti Motor Company said that it is a key component of Infiniti’s drive to promote entrepreneurial spirit in the community. The company eventually plans to expand the initiative to other cities across the globe like Dubai, Singapore, Shanghai, Beijing and Kuala Lumpur. As part of the project, he expects to see more start-ups presenting forward-thinking solutions to further enhance the quality of people’s lives and empower drivers through vehicle connectivity technologies.

Nest® CEO Simon Squibb said that he was extremely proud of the eight start-ups that made it to the first ‘Accelerator’ in Hong Kong. All the companies effectively capitalized on the best-in-class curriculum, access to inspirational mentors and contacts with investors that they obtained through the program. The success of the first edition highlights the fact that the accelerator program adds huge value to entrepreneurs and start-ups.

He concluded, “We are excited to be scaling with Infiniti to offer these programs in a number of new regions around the world.”

Urbanization is spreading across the world at an extremely fast pace and transforming the global landscape by changing the environment, people’s living conditions and the landscape of citiest. Automobiles will play an important role in the intelligent cities of the future. Using connectivity technologies, vehicles will be able to communicate with each other and with the city infrastructures in the future and this will contribute significantly to the driving experience.

The first Infiniti Accelerator program was launched in September 2015, and drew over 140 applications. It culminated successfully in December 2015 with eight start-ups being selected to receive training, support and mentoring from the program. By the end of 12 weeks, more than 170 potential investors attended the Demo Day at the Infiniti LAB where the entrepreneurs pitched their business ideas to secure partnerships and funding.

As part of the initiative, one German team named Green City Solutions, pitched the idea of the CityTree, an air-filtering panel comprising a unique moss culture which filters harmful pollutants from the air and acts like a tree. Its filtering ability is the same as that of 275 trees. Green City Solutions is promoting this product across Asia with support from the Infiniti accelerator program and is scheduled to set up the first CityTree in Hong Kong in April, in cooperation with the Hopewell Centre, where the Infiniti Lab is located.

Another start-up, Precision Services Limited (PSL), came up with a foldable, rollable and smart electric E-Cycle and got input from Infiniti for product development. PSL is also working with Infiniti on commercialization of its product.

Two other start-ups which made a mark include TingPark, which created a platform that shows the real-time availability of car parking spaces around the city, and Blockdox, which developed a software platform and mobile application for better building management. They are currently in talks with Infiniti’s parent company, Nissan, and their research teams in Silicon Valley on potential partnerships.