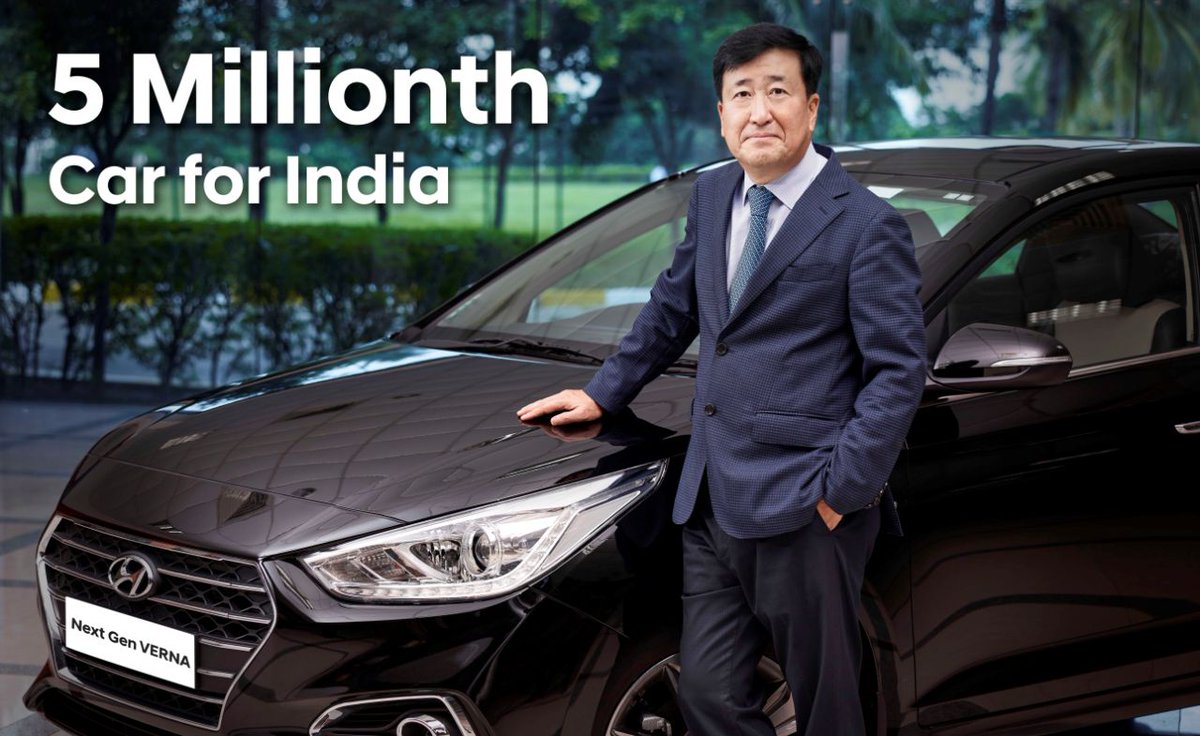 Hyundai crossed an important production milestone in India on November 28 when its 50,00,000th vehicle came off the production line at its factory in Chennai, in south India. The company had commenced commercial production of vehicles in India in 1998. Hyundai is second only to Maruti Suzuki in the Indian market and succeeded when other leading foreign manufacturers like General Motors and Ford failed to make much headway.

The first Hyundai model in the Indian market was the Santro, which competed against Maruti’s Zen, the Fiat Uno and the Daewoo Matiz. The Santro was a winner in the Indian market till 2015. Hyundai is expected to expand its model range with a new version of the 120 hatchback and its Creta compact SUV.
Hyundai made its one millionth car, a Santro in 2007 and crossed the 3 million mark in July 2013. It then made 500,000 cars every year to cross the 5 million mark this month.

Commenting on Hyundai’s achievement, Y K Koo, MD and CEO, of Hyundai Motor India Limited said that Hyundai has a remarkable journey in India by becoming the most loved and trusted brand by customers, partners and experts.

Hyundai’s range of models for the Indian market include the Hyundai Grand i10, i20, the Verna and the Creta SUV. The company is strengthening its sales and service network and has over 2,200 sales and service points including 422 in rural areas.