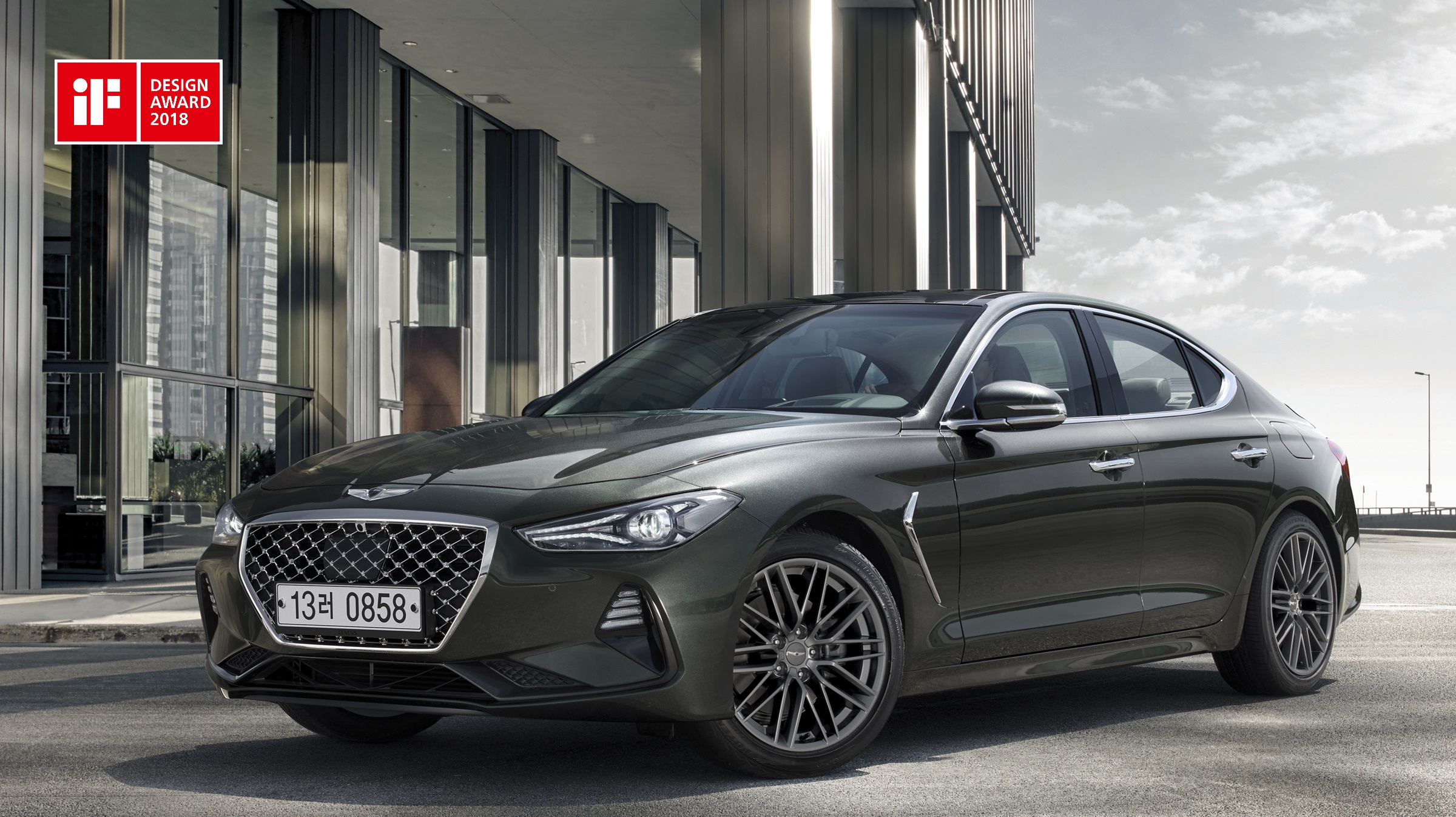 Genesis has received its first ever iF Design award from the World Design Guide for the Genesis G70 luxury sedan. The G70 sedan is slated to be launched in the Middle East in April and received the award in the category of “automotive product design”.

Commenting on the award, Executive Vice President Luc Donckerwolke, Head of Genesis Design said that the company was very proud to have its G70 recognized as a leader in automotive design. He added that Genesis will continue to be a design-driven brand that will focus on elegance and athletic style for all its current and future products.

The G70 is meant to expand the brand’s presence in the category of performance vehicles and has sporty lines and a strong, muscular profile.

The key feature of the vehicle is a character line, the “Parabolic Line,” which is carved along its side leaving constant tension across its muscular body. The signature of the car is the visual relationship between the crest grille and headlamps while the iconic Genesis logo is located above the grille.

“The Middle East is a vitally important market for the Genesis brand, with a luxury segment that is very strong and also very demanding, the key to success is to satisfy the highest expectations of our valued customers,” said Altar Yilmaz, Head of Genesis for Africa and the Middle East. “This award adds to our excitement as we prepare for the new model’s launch, knowing that we have something truly outstanding to offer.”

The iF design awards are presented by the World Design Guide, and are recognized as one of the most important prizes in the world of design. In 2018, the publication received 6,402 entries from countries spread across 54 countries and the winners were chosen by an international jury comprising 63 design experts.

Genesis has already launched the G70 in the South Korean market and the model will be launched in more markets in spring 2018.