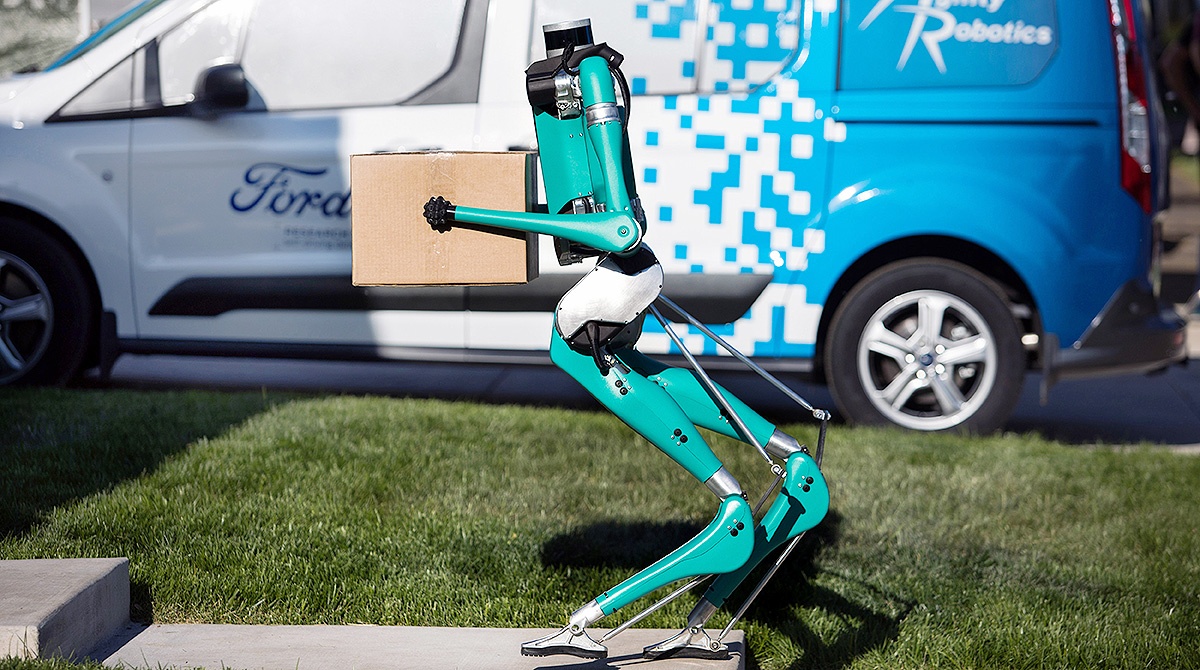 Ford to Use Bipedal Robots for Commercial Vehicle Research

In a bid to boost its research into development of better commercial vehicles, Ford has become the first customer of Agility Robotics. The company which is based in Oregon in the United States is working on the development of a two-legged walking robot that can be deployed from the back of a delivery van for last-mile deliveries. Ford is all set to receive the first two such robots that Agility makes as part of its effort to foster e-commerce. The leading automotive manufacturer, showcases two pre-production versions of the robot named Digit at CES.

Digit gives a sneak peek into the future in which warehouse and delivery jobs will be performed by highly evolved robots rather than by deliverymen or warehouse personnel. These robots have been designed specifically to move heavy loads in warehouses and to deliver them from the backs of commercial delivery vehicles right to the doors of customers.

According to Ford, it would be using the first two Digits to research how these robots would communicate with Ford’s commercial vehicles and their surroundings. Ford would also investigate how these robots can be employed to make warehousing and delivery more efficient and affordable for customers. One example is how they could be deployed from Ford’s connected Transit Connect vans to make autonomous deliveries. These vans have the capability to continually update cloud-based maps and share them with Digit so that the robot knows where to go. They will also have the ability to learn where a customer prefers to have his or her packages left.

Agility Robotics has done extensively tested and revamped the Digit since it first made its debut in May last year. The robot now has more advanced feet that even make it possible to balance on one foot, new navigational sensors and customer-ready onboard computer hardware.

In the event that the Digit encounters an unexpected obstacle, it can even send an image back to the vehicle to release additional computing power, or to get the vehicle to request help from other cloud-based systems so that it can proceed with its task.