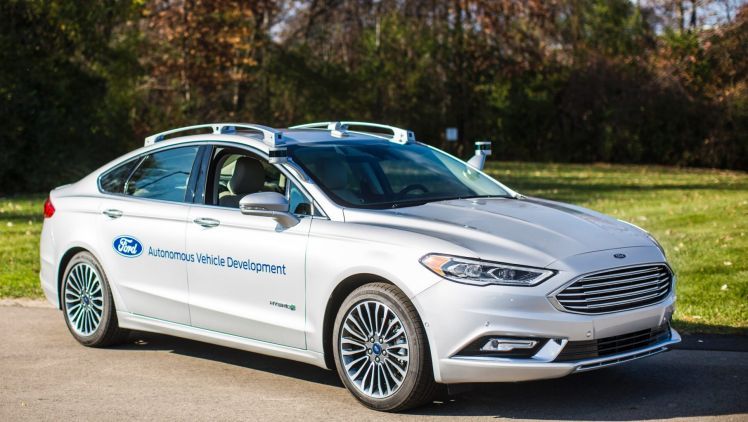 Ford used the ongoing CES Show to reveal a sleeker, more stylish version of its driverless Fusion. The model still has the current autonomous vehicle platform, but is now equipped with greater computing power and is slated to hit the road by 2021.

Unlike other autonomous cars, the new model does not have an unsightly bundle of sensors on the roof and is more similar in look to conventional cars.
The car’s main processor or ‘brain’ having advanced software is located in the trunk and it receives and processes data obtained through a number of sensors that helps the car to “see” its surroundings. This 360-degree view which extends to the length of two football fields is obtained through an array of cameras, lasers and radar sensors. The new software thus acts as a virtual driver.

Ford has been testing the new car in Arizona, California and Michigan, and has plans to use the model for a ride-hailing services in 2021 on public roads.
And lasers, cameras and radar sensors provide the system with a 360-degree view – up to two football fields in every direction.
Ford has been testing its autonomous vehicles in Arizona, California and Michigan, and plans to hit the public roads for ride-hailing services in 2021.

Ford had earlier said that it would be using drones to help guide its self-driving vehicles, by mapping the area beyond what can be detected by the car’s sensors. Passengers can use the car’s ‘infotainment’ or navigation system to control the drones. This would be highly useful in areas for which maps are not currently available

A few months ago, Ford had joined hands with China-based maker of sophisticated drones DJI, to hold a contest for programmers to see if anyone could come up with a program that could teach a drone to fly from and return to a moving vehicle. This would facilitate
drone-to-vehicle communications using Ford Sync, Ford’s car-based wireless connection, or similar systems to inspect areas in the event of an emergency.
One of the 10 participants in the contest succeeded in creating a drone that was launched from a moving Ford F-150 pick-up truck and returned to truck after completing the assigned task.