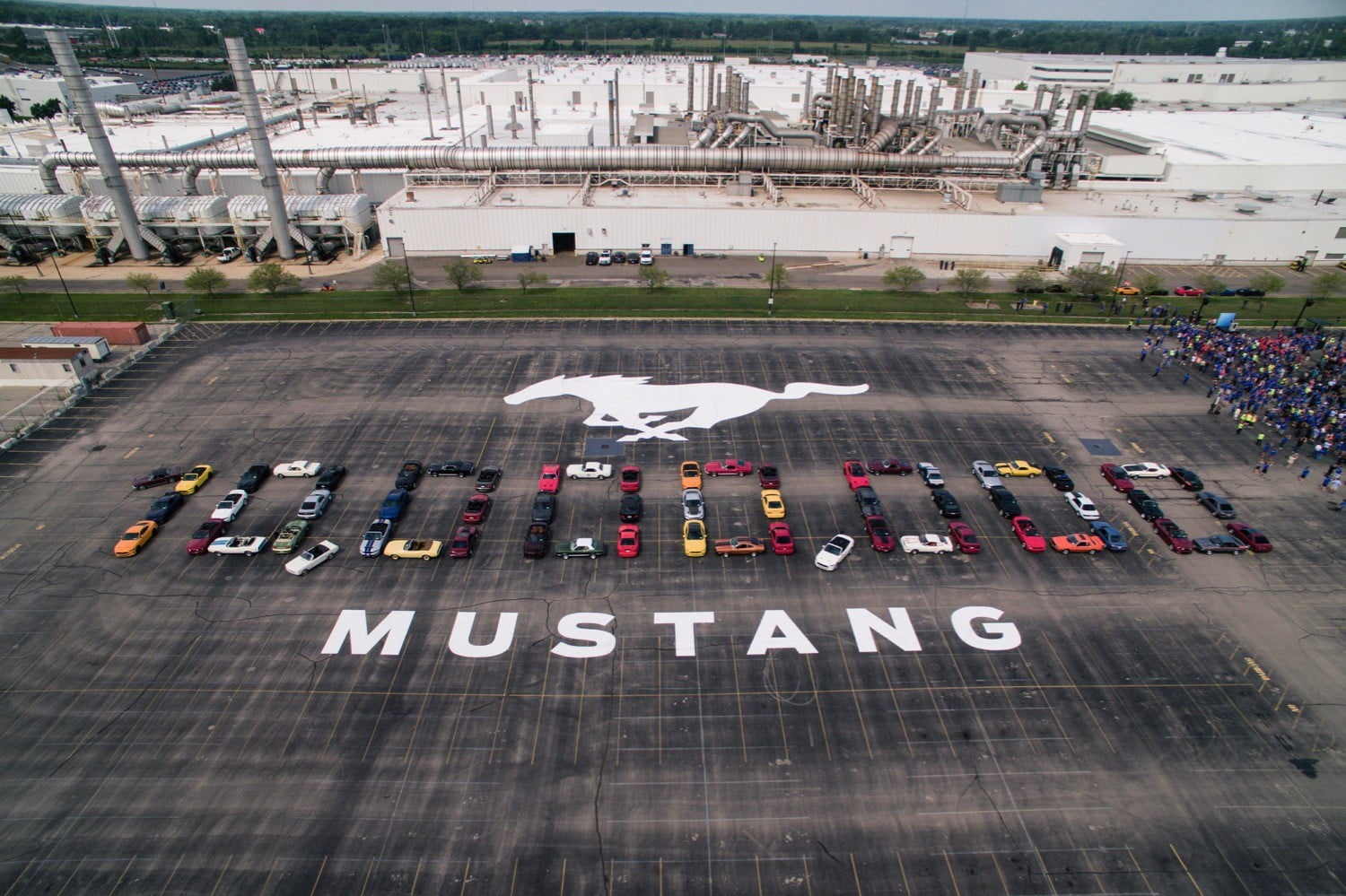 There is no doubt that the Ford Mustang is an iconic era that symbolized the era when the performance of a car reigned supreme. Ford Motor Co. marked the production of the 10 millionth Mustang with celebrations at the company’s headquarters and at the Flat Rock Assembly Plant where the milestone vehicle came off the production line.

The celebration included a parade of the different Mustangs that were from 1964 to the present day from the parking lot at Ford’s headquarters at Dearborn headquarters to the Flat Rock complex. The ride, complete with police escort took approximately 30 minutes and the cars were organized into a configuration that spelled out “10,000,000.” The first Mustang ever made and the 10 millionth vehicle spelled out the commas. The milestone vehicle was a 2019 Wimbledon White GT V8 six-speed manual convertible.

According to reports from Ford, the Mustang is the best-selling sports car of the past 50 years in the US and the top sportscar in the world for three straight years.

Ford CEO Jim Hackett said at the Dearborn event that the word Mustang immediately brings to mind the car and not the horse, shaping popular perception thanks to its popularity.

During its 54-year production history, the Mustang was built in San Jose, California, and Metuchen, New Jersey, as well as at the original Mustang production facility in Dearborn. Currently, the Mustang is made at Ford’s Flat Rock factory.

The first person to buy a Mustang was Gail Wise, then a 22-year-old schoolteacher. She was also present at the celebration to mark the milestone.