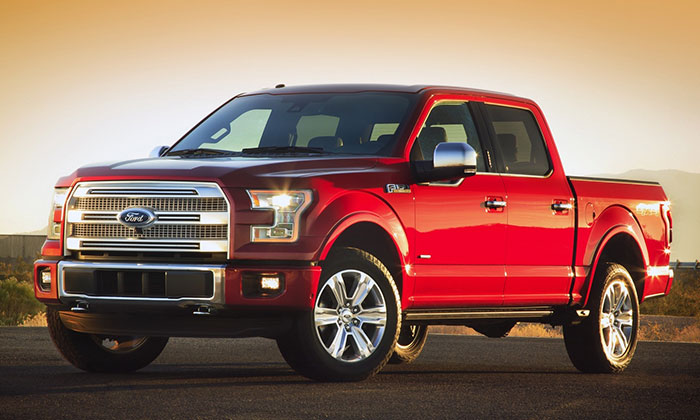 Ford F-150 Only Pickup to Get Good IIHS Rating

The pickup truck segment is highly competitive, but the Ford F-150 has now become one of the top icks in this segment thanks to the good rating it earned in IIHS crash tests. From the nine vehicles tested, the F-150 SuperCab was the only model to get this rating.

In a new crash test conducted by the Insurance Institute for Highway Safety, the F-150 earned the “Top Safety Pick” award given by IIHSdue to its use of the collision warning system and its robust build. Commenting on Ford’s achievement, Raul Arbelaez, vice president of the IIHS Vehicle Research Center said that Ford is a frontrunner when it comes devising technology to warn drivers of potential collisions and to protect them from the impact of crashes.

For the first time, pickups were put through a small-front overlap test in which vehicles were tested on how they tolerate crashes in which their front quarters collide with a fixed object. While all pickups had moderate to severe damage in the cabin thus increasing the risk of injuries to occupants, the F-150 had minimal damage.

The models that exhibited the worst performance in the IIHS test in this category were the the Ram 1500 Crew Cab and the Ram 1500 Quad Cab. They not only fared badly in the test but also got poor ratings for their structure and according to Aarbelaez, drivers using these picks are liable to suffer injuries to their legs in the event of a small overlap crash. He advised manufacturers to redesign pickups to minimize potential for intrusion into the lower occupant compartment in order to reduce the risk of foot and leg injuries which need a lot of time for recuperation.