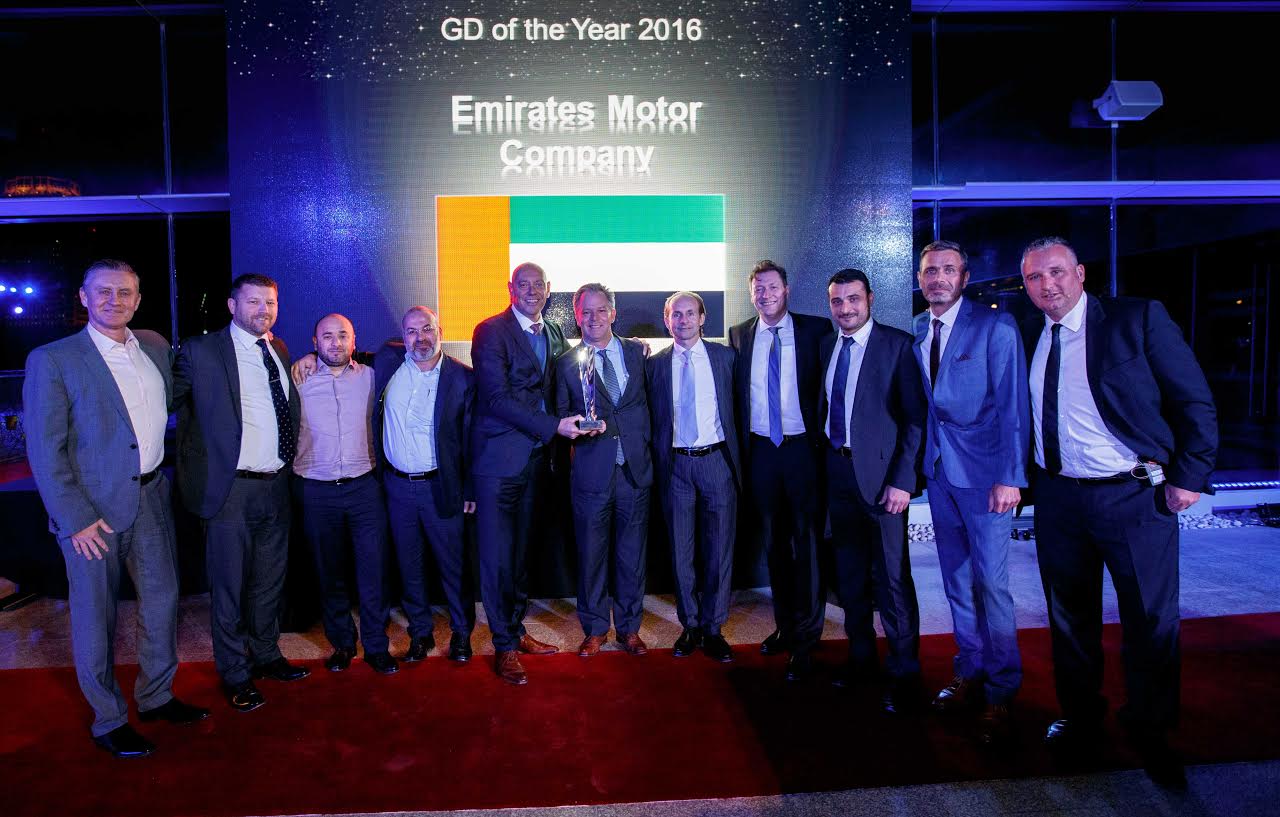 The company received the prestigious titles of Best PR for 2016 and Best Marketing Activation for its creative promotional work at two of the biggest events in the Abu Dhabi calendar last year. The General Distributor title was awarded to EMC Passenger Cars after careful consideration of all aspects of sales, marketing and corporate social responsibility.

The Abu Dhabi based Mercedes-Benz distributor received the activation trophy for its campaign at the Taste of Abu Dhabi food festival in November, while its PR campaign for January 2016’s global golf event, the HSBC Championship Abu Dhabi, was given due recognition as the Best PR of 2016.

Speaking about the achievement, Lennart Mueller-Teut, Head of Marketing & Communications at Mercedes-Benz Cars Middle East said he would like to congratulate EMC on its well-deserved awards. He lauded both the brand activation and PR activation for being creative, well executed, and innovative. They also gave the company extensive and measurable results thus increasing the reach of the brand to an audience of press and consumers.

He added that EMC is a valuable partner for Daimler as it has great expertise in the region and he expressed his desire to continue to work with the company in the future on more great marketing.

Every year, Mercedes-Benz distributors from ten MENA countries – Lebanon, Jordan, Iraq, Kuwait, Bahrain, Qatar, KSA, Oman, Pakistan and the UAE vie for the awards. EMC has a good record at the awards and did the UAE proud this time round too. Emirates Motor Company is the authorized distributor of Mercedes-Benz in Abu Dhabi and is flagship company of Al Fahim Group.

Frank Bernthaler, CEO of Al Fahim Automotive, said: “It means a great deal to have our efforts recognized at such a prestigious event and when we were up against such strong competition from all the other fantastic distributors in the nine other countries. Al Fahim Group is a family-owned business that holds a deep belief in values that make the entire team feel like one big family. Everyone works tirelessly to ensure we get great results from our sales and marketing activities and these awards are recognition of that hard work and creative thinking.”

EMC drew a lot of attention at the Taste of Abu Dhabi food festival with an interactive mobile showroom that had a series of games and competitions for all members of the family as well as a stunning GLC Coupe. The PR campaign for the HSBC World Championship also managed to connect with the public by espousing a a humanitarian initiative with the Special Care Center and the Abu Dhabi Sports Council.

Ramez Youssef, the Head of Marketing and Communications at Al Fahim Group said that EMC is committed to engaging with its customers and the community at large through the events in which it participates, which are the key events in the city and the country and are therefore very well aligned to the Group’s core value of humanity.

Al Fahim Group regularly supports and sponsors events in the UAE as part of its marketing and overall strategy. The company recently sponsored the Mubadala World Tennis Championship, returned to the HSBC Championship in January and is also poised to be the automotive sponsor of the Abu Dhabi Tour cycling event in February.