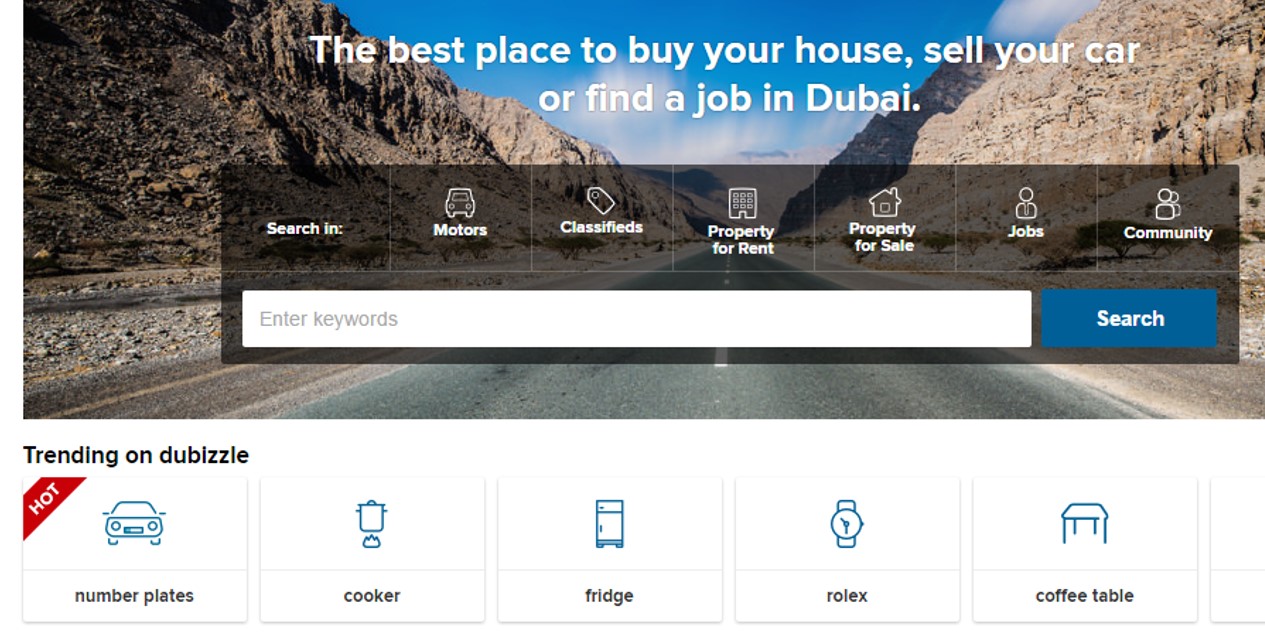 dubizzle is one of the UAE’s leading online classifieds platform. It is also the place to go if you want to sell your used car really fast as the motors section of the site recorded over 109,000 daily active users in September 2016, highlighting its position as the leading online second-hand car marketplace in the UAE. As of September 2016, dubizzle Motors accounted for 84% of all the web traffic to online motoring platforms in the UAE.

The Motors section of dubizzle has an average of 40,000 live used car listings and 1.68 million monthly unique visitors an dhas thus solidified its position as the top online site to check for used cars in the UAE. Over 1,000 cars are listed every day and this is six times as much as the site’s nearest competitor.

Commenting on this success, Jean-Pierre Mondalek, General Manager Motors at dubizzle said that the success of dubizzle’s motors section is based on its ability to create a highly transparent and liquid marketplace. Other sites fail to provide the same level of transparency as they remove asking prices at the behest of certain dealers who want to profit from the lack of information and retain negotiating power by forcing buyers to call the buyers in order to get the price. This leads to exploitation of customers. In the case of dubizzle and its parent OLX, the goal is to make the transaction a win-win deal for both the buyer and the seller. 85% of dubizzle users search by price and hiding the price would ultimately hurt the sellers as their ads would not come up as often in the search results and they would have access to fewer and lower quality leads.

Generally, an ad p[posted in the motors section on dubizzle gets its first response within 30 minutes of being posted, and over 20 responses are received in a month, which is the average time needed to sell a car on dubizzle. Dubizzle’s focus on driving highly-relevant traffic and content to the platform and maximizing lead generation for sellers allows the site to offer sellers with the lowest cost per lead in the industry and the best return on their investment for advertisers who list their vehicle on dubizzle.

“We will continue to develop our platform with the best interests of our users in mind – the main reason we are the UAE’s most trafficked and liquid online marketplace for motors,” added Mondalek.

In order to make the motors section even more transparent, dubizzle recently teamed up with CarReport, an international, independent vehicle history provider on used cars. As an outcome of this deal, buyers will have the option to buy a report which will provide them with vehicle history and price guides for the cars advertised on the platform for a nominal amount.