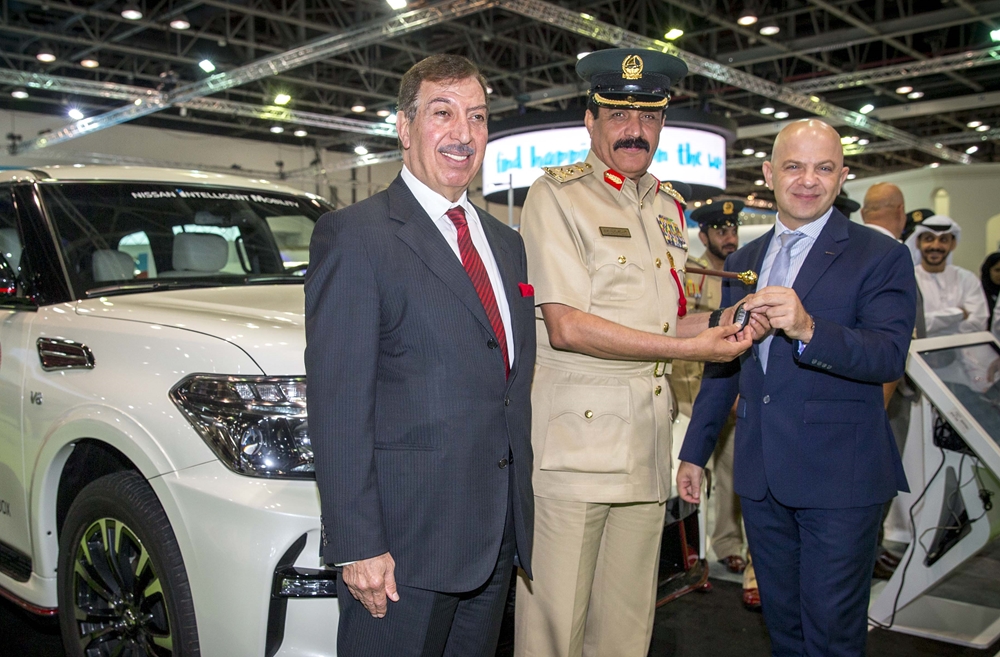 Nissan Middle East has signed a “Collaboration Agreement” with the Dubai Police to launch and implement a new road safety technology service named “Smart Response”, the first such technology in the Middle East.

The agreement was finalized by Lt. General Khamis Mattar Al Muzainah, Commander-in-chief of Dubai Police and Samir Cherfan, Managing Director of Nissan Middle East at a special signing ceremony that was held at the Dubai Police stand during the recent Gitex show. Nissan’s new “Smart Response Service” will soon be available to owners of new Nissan Patrol and Maxima vehicles. The system will use the new Nissan SmartCar “control system” to alert Dubai Police, The General Department of Transport and Rescue in the event of a collision or accident that causes rapid deceleration of the vehicle so that the occupants of the vehicle can receive emergency assistance in the minimum possible time.

Speaking about the innovation, Lt. General Khamis Mattar Al Muzainah, Commander-in-chief of Dubai Police, said that in order to ensure the highest levels of safety and security for the members of the community, Dubai Police employs the latest technologies and innovations. The Dubai Police has adopted global institutional standards, employed modern operational techniques, and used smart and innovative services as part of its drive to make Dubai one of the safest places in the world.

Samir Cherfan, Nissan Middle East’s Managing Director, commented saying that Nissan will continue to work with Dubai Police to ensure that motorists can benefit from the latest technical innovations when it comes to passenger and vehicle safety. It might not be possible to avoid accidents altogether, but in the event that they do occur, it is essential for drivers and their passengers to receive emergency assistance at the earliest. These efforts by Nissan align well with the UAE leadership’s drive to make the country a smarter and safer place for all the people in the country.

The system uses Nissan’s SmartCar app which it developed jointly with its strategic service provider, Bright Box Middle East and for which the company used exclusive Etisalat M2M SIM Cards. The app debuted at the 2015 Dubai International Motor Show and has since been updated with multiple features like the Travel Mode, the Valet Mode, and Self Health Check and the Smart Response feature is the latest one to be added. It is the first such feature in the Middle East.

As part of the Smart Response feature, in the event of an unavoidable collision or rapid deceleration, the on-board accelerometer helps detect this potential emergency, and communicates with Dubai Police operators, who can then initiate contact with the driver to ask for details so that they can dispatch the appropriate response unit. If, the driver cannot be contacted for some reason, the emergency services can use the feature to find the last known location of the vehicle and dispatch emergency vehicles to the precise location.

Nissan’s SmartCar app has already proved to be a hit with thousands of motorists who own Patrols and Maximas as they can use it to start their vehicles remotely, lock and unlock them, control many features like the air conditioning, the headlamps, the horns and the windows as well as keep track of the physical location of their vehicles in real-time from any place in the world.