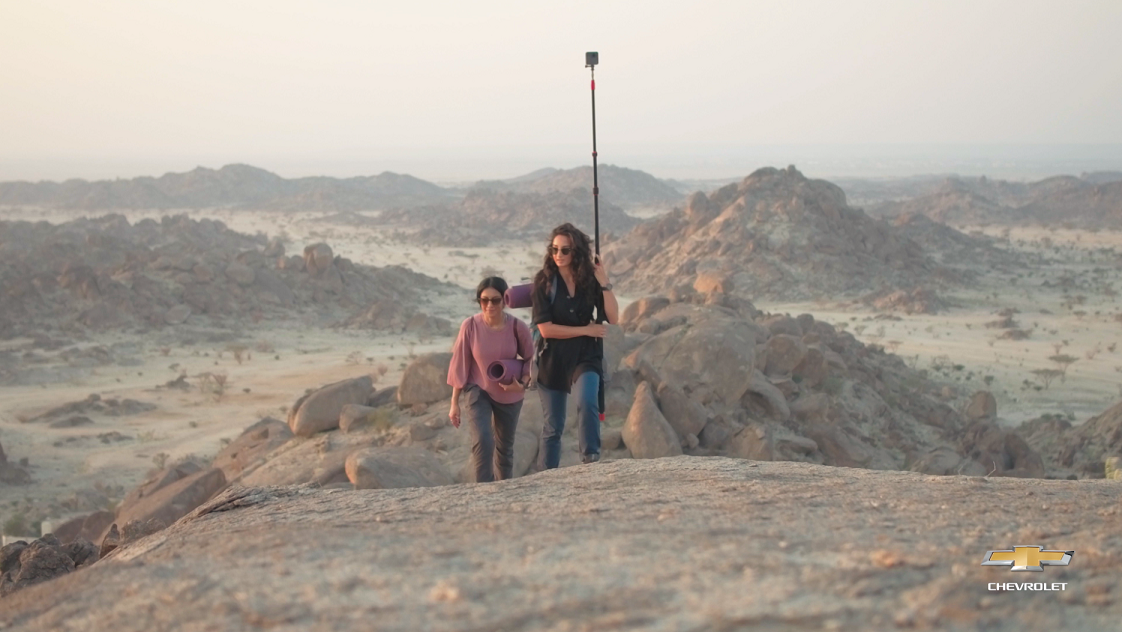 In order to celebrate the spirit of inspirational Arab women, Chevrolet Middle East has collaborated with its brand ambassador Raha Moharrak to launch a new web series called Your Road that traces her journey in life and that of like-minded Saudi women. They all have one common trait – they challenged conventions to follow their dreams.

Raha is a Saudi national who became the first and the youngest Arab woman to successfully climb Mount Everest in 2013 when she was just 27 years old. She then went on to conquer as many as eight of the highest peaks in the world including the highest peak in Africa, Mount Kilimanjaro.

The web series, Your Road explores Raha’s love for mountain-climbing and the factors that led her to take up this unconventional hobby. Through touching conversations with her father, Raha reveals why she undertook fourteen climbing expeditions, thus setting twelve different world records in the process.

Commenting on the project, Raha said that she was honored to collaborate with Chevrolet Middle East on the web series. She expressed her hope that it would send a strong and positive message that would not only reassert the identity of Arab women, but would also showcases their ability to overcome obstacles and achieve what at first glance might seem to be impossible. She said that the series challenges the stereotypes of Arab women and would hopefully, encourage others to pursue their dreams.

The series also features the stories of Hala Alhamrani, who set up the first female combat gym in Saudi Arabia and Hanan Faiz Alshehri, who is a Yoga teacher and founder of Hoakalei Yoga studio in Jeddah. The inspiring series explores the challenges and triumphs of these remarkable women.

Commenting on the series, Molly Peck, Chief Marketing Officer General Motors Middle East, said that Chevrolet’s Your Road followed the stories of three women who dared to challenge the status quo, and would give audiences deeper insight into how some Arab women have managed to make a mark for themselves in fields that are generally considered to be unconventional.

She concluded, “These women followed their passion and became successful in their own right despite facing considerable hurdles and resistance from society. They chose the road less taken and emerged triumphant, which perfectly embodies Chevrolet’s mantra of pushing boundaries, challenging the norm and Finding New Roads.”

Chevrolet’s Your Road can be viewed on Chevrolet Middle East’s official YouTube channel.