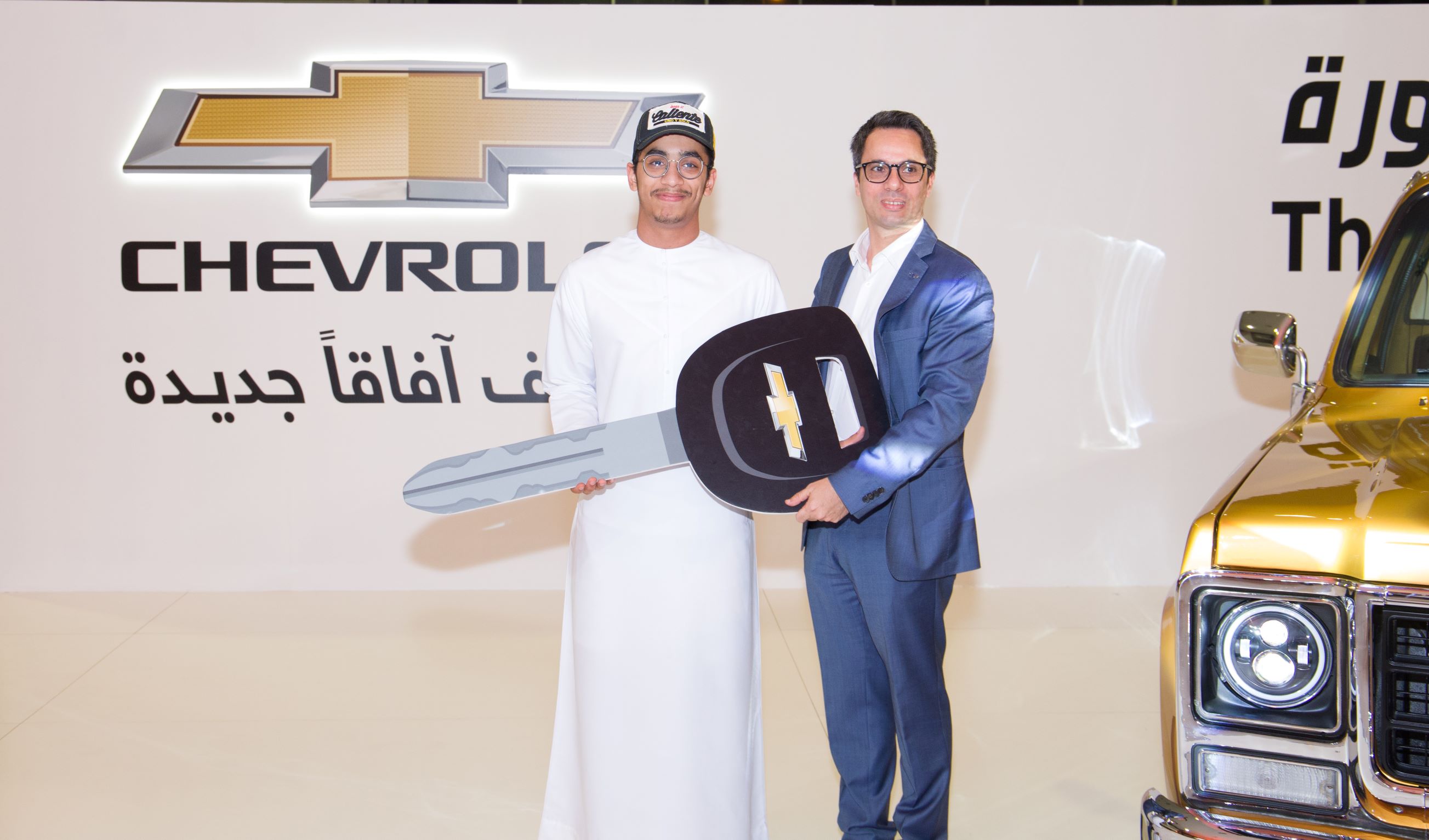 The grand prize winner of a contest called ‘Buy an Icon, Win a Legend’ recently received the keys of a custom 1973 Silverado. Al Ghandi Auto gave a makeover to the classic Chevy to give the truck modifications that make it an ideal ride for the current era. The winner, Khalid Mahmood Abdulrazq Mohammad Belselah will add his prize to his personal fleet which already includes a limited edition 2018 Silverado.

2018 marks Chevrolet centenary year of building trucks, and to mark this joyous occasion, Chevrolet Middle East launched 100 units of a special edition of the full-sized Silverado pick-up truck. Each truck was individually numbered to make it truly exclusive. The truck was available for sale at all Chevrolet dealers across the UAE, and every customer who bought one of the limited edition Silverados received automatic entry into a draw that featured the custom 1973 Silverado as the grand prize.

Commenting on the promotional campaign, Ahmed Soudodi, Head of Brand – Chevrolet, said that the company wanted to pay homage to its past and to the many Silverado fans in the region with the campaign and through the launch of  the limited edition. In celebrating the brand’s heritage, Chevrolet built a truck that customers could be truly proud of and brought a classic Chevy into the 21st century with a few carefully planned customizations.

Over the past 100 years, Chevrolet has gained a reputation for building some of the most powerful, reliable and useable pickup trucks. This legacy continues with the recent launch of the 2019 Chevrolet, which has two trims that are meant only for the Middle East, crowdsourced from the region’s truck lovers. These two trims are the Regular Cab Trail Boss and RST.