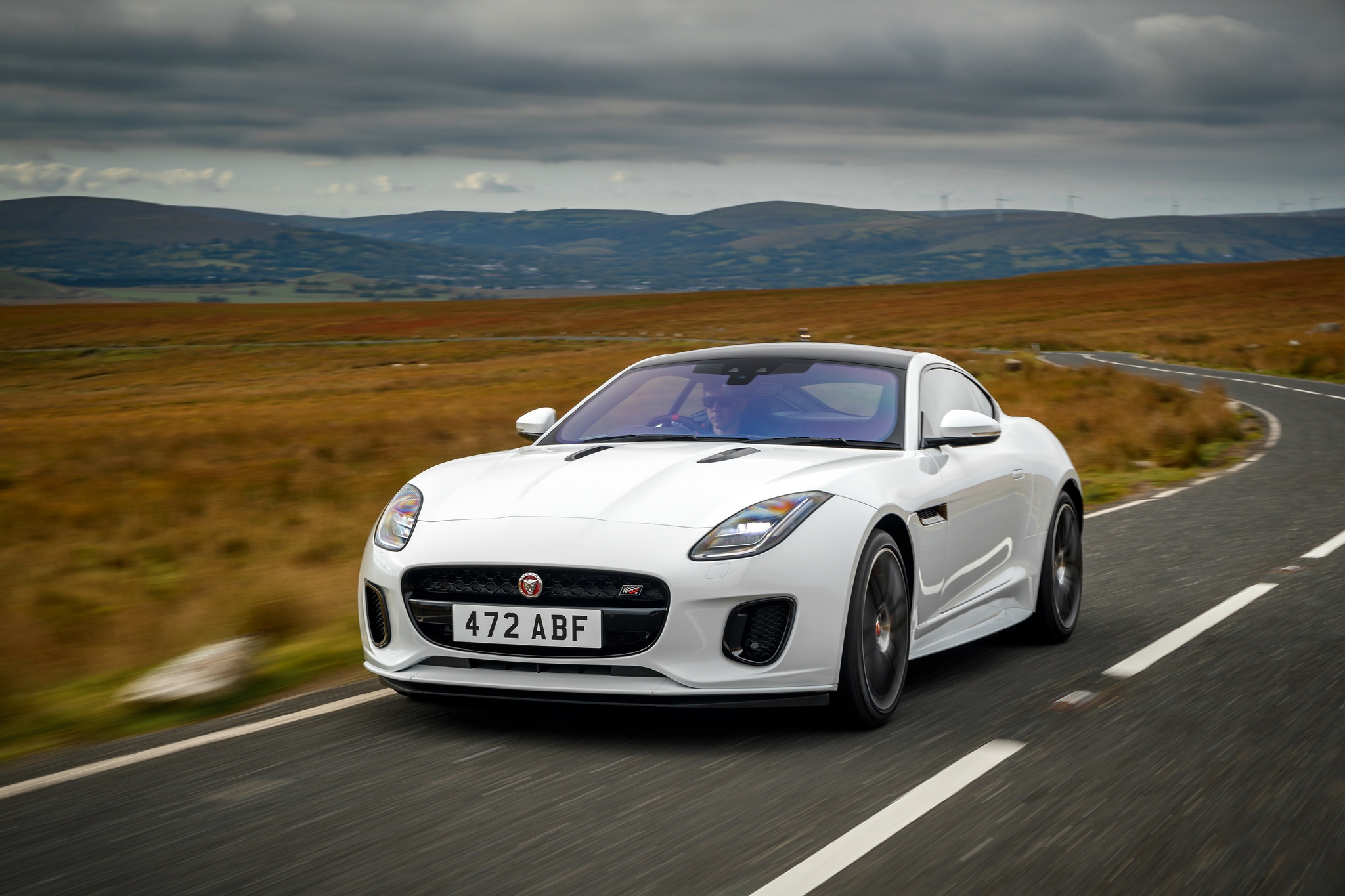 Sports cars have been a key part of Jaguar’s success in the automotive industry. The Chequered Flag Limited Edition of the F-Type celebrates 70 years of Jaguar sports cars. Jaguar’s first sports car was the XK 120 which was launched in 1948 and the company’s reputation reached its pinnacle with the F-Type winning over 170 global awards.

The Chequered Flag Limited Edition is based on the F-TYPE R-Dynamic Coupé and Convertible. The modifications used for the Limited Edition vehicles include several subtle external embellishments and to the “1+1” cabin. The model is available with powerful four- and six-cylinder engines.

Some of the most notable features of the vehicle include a striking Black Contrast roof on the Coupé, opulent Windsor Leather interiors with Performance seats having embossed headrests, a Dark Brushed Aluminium center console trim finisher. The vehicle sports a steering wheel having a discrete Chequered Flag logo and a red leather band to mark the 12 o’clock position in order to mark Jaguar’s victories in motorsport.

Commenting on the new model, Ian Callum, Director of Design, Jaguar, said that every Jaguar model has to have perfect proportions, purity in design and visual drama and these elements are seen to the greatest effect in the F-TYPE. When it came to the Chequered Flag Limited Edition, the design team focused on details which would further enhance the F-TYPE’s presence and promise of performance, thus making it the right vehicle to commemorate 70 years of Jaguar sports cars.

The Exterior Black Design Pack further highlights the F-TYPE’s perfectly-proportioned exterior. The SVO extended side sills enhance the impression of visual width and make its presence even more impressive. The 20-inch Gloss Black wheels having Diamond Turned finish are used exclusively in the Chequered Flag and form a striking contrast to the red finish of the brake calipers. The vehicle’s Ebony Windsor Leather interiors are available with contrast stitching in either Red or Cirrus. The slimline Performance seats sport headrests embossed with Chequered Flag branding and customers can also have optional heated and cooling functionality.

While the F-TYPE R-Dynamic has a Delta aluminium center console trim, the Chequered Flag comes with a Dark Brushed Aluminium finisher and this trim’s texture and finish perfectly complements the Ebony Windsor Leather used in the interiors.

When it comes to the entertainment system, the Touch Pro infotainment system comprises a suite of connected services, Meridian audio, and Apple Car Play which is available for the first time in the F-TYPE. Now, it is easier than ever for Jaguar enthusiasts to get access to tailored smartphone apps using the 10-inch touchscreen.

The vehicle is powered by either a 300PS/400Nm 2.0-litre four-cylinder Ingenium petrol engine or the 340PS/450Nm and 380PS/ 460Nm supercharged 3.0-litre V6 petrol engines. All these engines offer a great combination of responsiveness, power and efficiency while the sound of the engines reflect all that we expect from a sports car like the F-Type. In the case of all the engines, they are paired with eight-speed Quickshift transmissions.

Jaguar further refined the damper tune on the F-TYPE R Coupé and Convertible models to offer a better level of ride comfort at low speed in the Chequered Flag Edition. The damping was reduced by 24 percent at the lower damping velocities (up to 0.3m/s), while the overall capacity was increased by up to 30 percent. The engineering team also incorporated the the rear upper ball joint from the SVR into the F-TYPE R, and made further modifications to the rear knuckle and upper control arm. This further enhanced the capability and system robustness of the vehicle.

The rear camera and front park aid are now provided as standard across all F-TYPE derivatives.