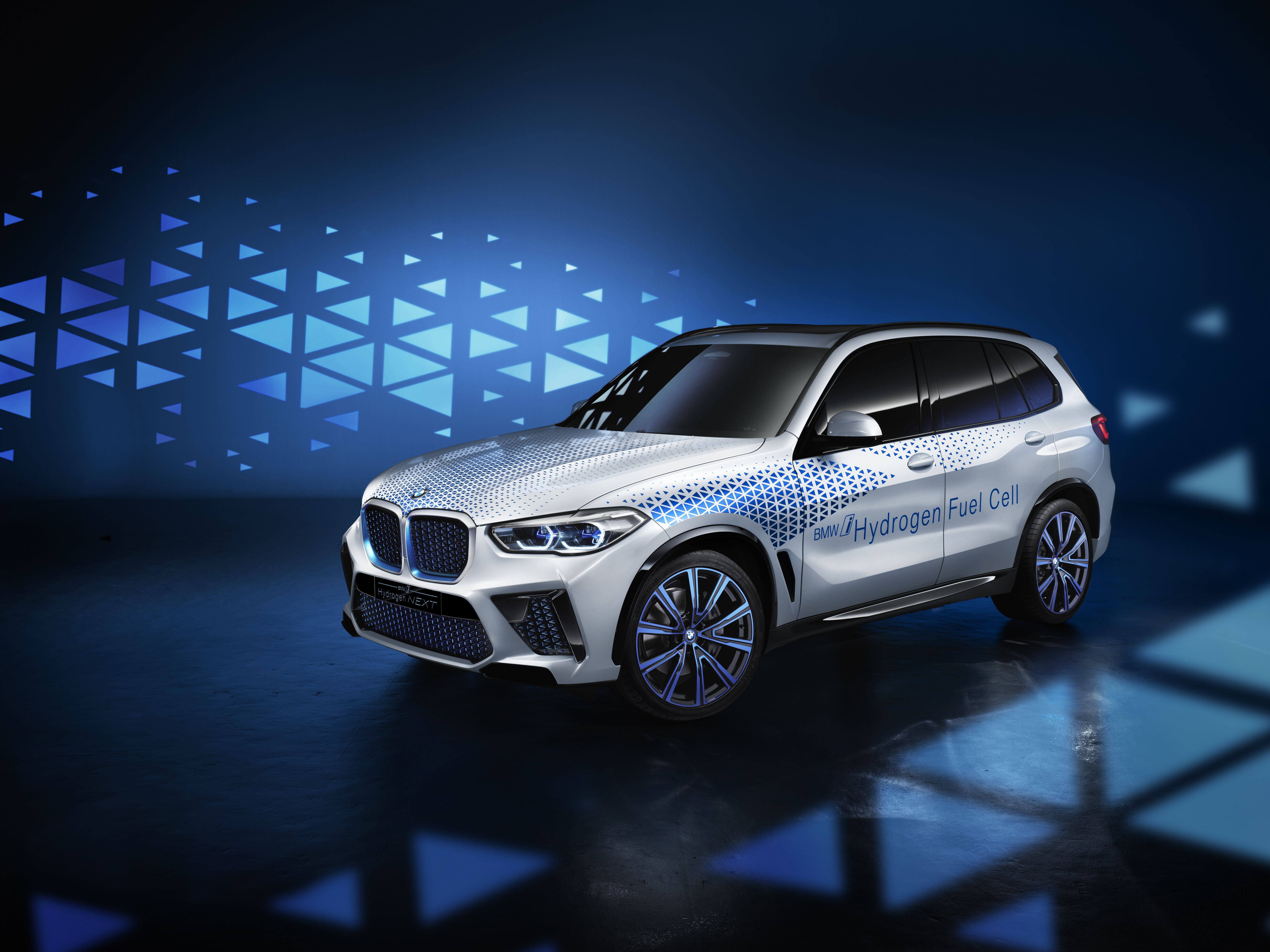 BMW has been one of the pioneers when it comes to electric mobility, and has shown that it is gearing itself up for future mobility with the BMW i Hydrogen NEXT fuel cell development vehicle that it showcased at the IAA Cars 2019 show. The BMW Group is proceeding with the concept that in future the use of various alternative types of drive system will coexist in order to cater to the complete spectrum of the mobility needs of customers across the globe. From this perspective, hydrogen vehicles represent an important alternative, in addition to battery-electric drive systems. Hence, the iHydrogen NEXT represents the BMW Group’s commitment to achieving zero-emission mobility as part of a well thought-out strategy.

By 2022, the BMW Group is planning to present its next generation of hydrogen fuel cell electric drive systems in a small-series vehicle which would be based on the current BMW X5. The BMW i Hydrogen NEXT gives a preview of what this model would be like. The company hopes to start offering fuel cell vehicles at the retail level by 2025 but that of course would vary depending on the market requirements and overall market condition at that time.

Design of the BMW i Hydrogen NEXT

The BMW i Hydrogen NEXT shows how fuel cell technology can be integrated effectively into a vehicle that is known for its performance like the BMW X5. The company made slight modifications to the vehicle’s design so that it would be recognizable as a BMW i model.

The most visible modification to the front end is the distinctive BMW i Blue patterning on the bonnet and this is seen again in three-dimensional form in the air intakes. The pattern’s shape and colour depict a dynamic flow across the front end and flanks of the Mineral White body. The detailing on the light-alloy wheels further highlight the BMW i heritage.
The innovative nature of the vehicle is clear in the rear too due to the use of the BMW i Blue diffuser elements. There are no exhaust tailpipes and this clearly highlights the fact that the vehicle produces zero local emissions.

Hydrogen-powered fuel cell electric vehicles (FCEVs) while producing zero emissions are able to offer unlimited mobility with usage characteristics that are similar to conventional vehicles like refuelling times that are less than four minutes, long range, and little compromise when it comes to comfort, suitability for towing and dependence on climatic conditions. This means that the range is long irrespective of whether it is summer or winter, unlike battery electric vehicles which offer less range during summer. However, to use them, a hydrogen infrastructure is needed and in most countries, the availability of such supply infrastructure is still in a nascent stage.

The BMW Group has already demonstrated the technology’s suitability for use on a daily basis. It collaborated with Toyota Motor Corporation in 2013 to develop a drive system that used hydrogen fuel cell technology. From the summer of 2015, the company’s researchers has been engaged in testing a small fleet of prototype BMW 5 Series GT hydrogen fuel cell vehicles which are powered by a jointly developed drive system with a Toyota fuel cell stack.

In 2016, the two companies finalized a product development partnership agreement and from then on have worked jointly on future generations of fuel cell drive systems and on scalable, modular components for hydrogen fuel cell vehicles. The alliance with Toyota Motor Corporation shows BMW’s keen interest in the development of alternative drive technologies for fully emission-free driving. The two companies will continue to collaborate in the field of fuel cell technology as the infrastructure and market for the technology grow on a global basis.

In January 2017, the BMW Group and Toyota teamed up with eleven leading energy, transport and industrial companies to launch a global initiative known as the Hydrogen Council. Its aim is to forge a united vision and push ahead with the long-term ambition of a hydrogen-fuelled energy revolution. As of June 2019, the Hydrogen Council has grown to 60 member companies.