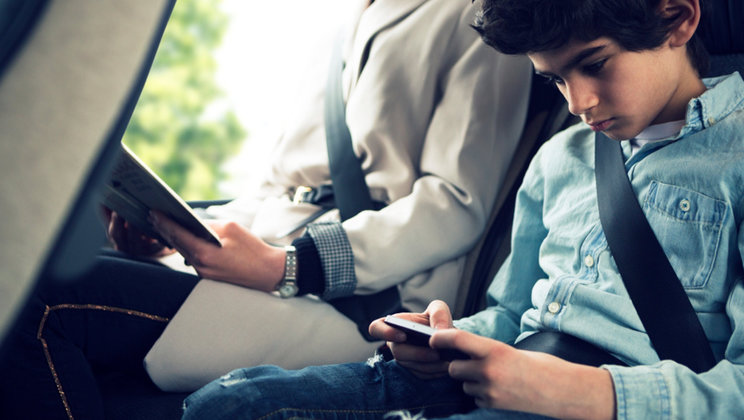 Wearing the seatbelt when riding in a car is something we do automatically, but this was not always the case. The three-point seatbelt that was first seen in a Volvo PV544 has now turned sixty and saved millions of lives over the years. On August 13, 2019, this safety feature marked its sixtieth birthday.

When a vehicle is involved in a collision, it undergoes rapid deceleration. Hence, the car stops moving, but the passenger in the vehicle continues to move forward. This means that seatbelts play a very important role in keeping us from flying forward when the vehicle is involved in a collision. It is the seatbelts that save passengers in a car from flying out of the car or into the dashboard, the windshield, the ceiling or the doors, thus preventing serious injuries.

The seatbelt was developed by a Volvo engineer named Nils Bohlin. He formerly worked in aviation engineer and before he joined Volvo, had specialized in the development of ejection seats for aircraft. These seats helped pilots to evacuate from a plane if they were in danger. At Volvo, he was asked to use his knowledge about the impact of extreme forces on the human body to do the reverse and develop technology to help occupants stay inside a vehicle when an accident occurred.

Prior to the 1950s, the only seatbelts that were used were of the lap type. Though this was better than not using seatbelts at all, lap belts distribute the decelerative crash forces that occur during an impact over a narrower area of the body than a multipoint belt and they also do not help in any way to hold the torso back.

Bohlin felt that crash forces needed to be distributed over the strong areas of the body as well as a wider area. Hence, instead of designing belts that did not take the human physique into account, he came up with a design that crisscrossed the strongest parts of the body like the shoulder, chest, and the pelvic bone.

The main consideration in designing the belt was the ease of use and this is why Bohlin opted for the V shape. This shape allows users to reach over, grab the buckle, and pull it across their body to close the latch at the base of the seat.

Volvo sold the first car with the three-point-seatbelt system to a Swedish customer on August 13, 1959 and used the technology first in its PV544 and Amazon 120 models. It was the first manufacturer to use offer the seatbelt as a standard option and spent a significant amount of time convincing other automakers to also use the technology with numerous presentations featuring live-action crash-dummy demonstrations and by publishing data and studies proving the efficacy of the belts. Volvo tracked every Volvo vehicle related crash for one year in Sweden (28,000 crashes in all) and found that three-point belts helped spare drivers and passengers death and reduced injuries by 50 to 60 percent. One factor that speeded up the adoption of the new technology is that Volvo took out an open patent on the design of the belt.

Initially the belt that Bohlin was not very popular, with even Volvo using it only in the front seats of its models. It was only in 1967 that Volvo started using the belts in the rear seats as well.
Volvo continues to be a front runner in safety with the company recently announcing that it would share its crash research and computer modeling with universities, researchers, and even other automakers to help enhance safety for others.

The three point seatbelt has evolved a lot from its initial design with the incorporation of inertia reels, pretensioners, load limiters and even built-in airbags to distribute loads across a larger area. The basic design, though has not changed from the time that Bohlin created it.

Today, the three-point seatbelt is mandatory equipment on every new car, truck, and SUV. It is the primary restraint system, and you fail the driving test if you fail to wear your seatbelt, even if you get everything else right. As we mark the sixtieth anniversary of this simple but important safety device, let us hope that there are many more such advances that can make road travel safer and more comfortable.