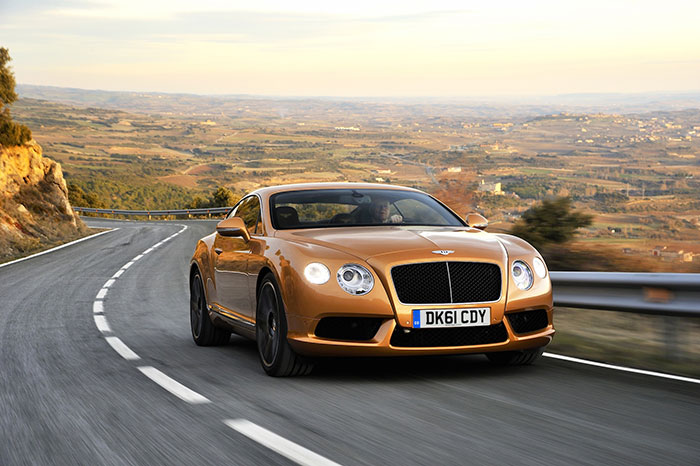 Bentley Motors has teamed up with Care2Save Charitable Trust to give car enthusiasts a chance to own their very own Bentley. In a worldwide contest called Bentley by Me, one personalized Bentley Continental GT V8 is up for grabs. All fans have to do is pay a nominal amount of about AED 5.20 to enter the draw and participate in the contest. The funds raised through the contest will be used to provide care comfort and love to those who are struggling on a day-t-to-day basis with the challenges of tackling terminal and life-limiting illnesses like cancer.

The Care2Save Charitable Trust is a registered charity in the UK that supports hospice care for those afflicted with such illnesses at the local, national and global levels. The organization regularly collaborates with high-key international brands on innovative campaigns to raise funds from generous donors across the globe.

This charity is also received support from hundreds of employees of Bentley Motors who have extended their support, both when it comes to their time and money, to their local hospice where the Care2Save Trust is based. Many of the relatives of these employees have been cared for in this hospice over the years. Bentley Motors is in one sense giving back to the Care2Save Trust by donating a brand new GT V8 which will be offered as a prize in the Bentley by Me contest.

The new Continental GT V8 is lighter and leaner than other Bentley models, but right down to its luxuriously redesigned cabin, it is a true Bentley in every sense of the word. It offers motorists a truly exciting ride with the aid of the all-wheel drive which is paired with an eight-speed transmission. The lucky winner of the contest will also get a chance to personalize his dream car and can choose from a wide range of exterior colors and interior finishes that are offered as a part of Bentley’s extensive color palette.

Commenting on the campaign, Kevin Rose from Bentley Motors, said: “Bentley Motors has proudly supported the Care2Save Charitable Trust and the hospice movement for more than 25 years and so takes great delight from donating this Continental GT V8 to such a worthwhile cause.”

Andrea Ladeira, the founder and CEO of the Care2Save Charitable Trust, said that the organization was excited to launch this new campaign with support from Bentley Motors. The Trust has the opportunity to raise a significant amount of funds through the Bentley by Me contest and this will support the drive to improve the quality of palliative care for those who desperately need it. For an amount that is as low as AED 5.20, people not only have the chance to make a real difference but will also have the chance to win their dream Bentley and personalize it.

The funds raised through the Bentley by Me campaign, will be used by the Care2Save Charitable Trust to educate and empower organizations and charities across the world to build their own sustainable and affordable hospice and palliative care models.