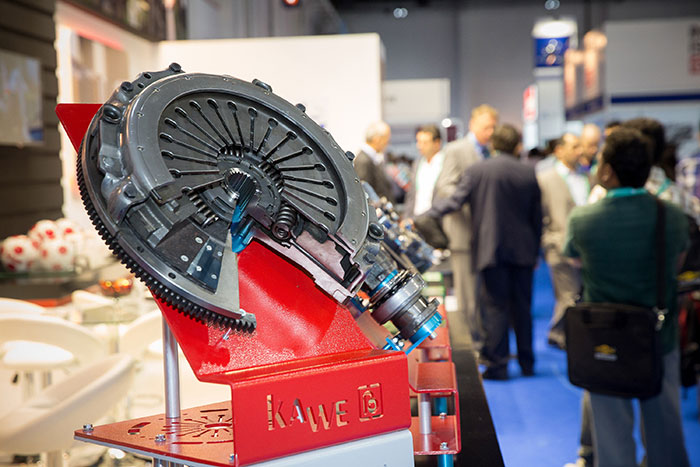 The first edition of Automechanika to be held in the country, Automechanika Jeddah 2016 is set to transform the automotive scene in Saudi Arabia. Jointly organized by Messe Frankfurt Middle East and Saudi-based Al-Harithy Company for Exhibitions ( ACE , this is the only dedicated automotive aftermarket trade show to be held in the country. It is taking place at the Jeddah Center for Forums and Events and will be held for a period of three days from January 26 to 28.

Automechanika Jeddah was completely sold out well in advance to over 170 exhibitors from 27 countries who are eager to explore to potential of one of the largest and promising markets in the Middle East. The participants will be highlighting their latest products including accessories, electronics, tires, batteries, automotive parts and systems, tuning equipment and lubricants. Automechanika is the world’s leading brand of automotive trade shows and the Jeddah event is the 15th market to which the brand has expanded.

The rush to book places at the show which covers 7,100sqm of exhibition space highlighted the growing importance of the Saudi automotive aftermarket.

Commenting on the show, Ahmed Pauwels, CEO of Messe Frankfurt Middle East said that the Saudi automotive aftermarket offers immense scope for growth based on the immense number of passenger and commercial vehicles that are currently plying its roads, in addition to new car sales every year.

He added, “Demand for commercial vehicle spare parts alone is expected to reach $3.65 billion by 2020, growing 10 per cent annually, and comprising 66 per cent of the Gulf region’s total demand. Add to that the estimated ten million passenger vehicles on the Kingdom’s roads by 2020, and the opportunities are plenty for manufacturers of aftermarket spare parts, accessories, components, tires, batteries, systems and electronics.”

Zahoor Siddique – Vice President ACE , said that his company was proud to partner with Messe Frankfurt Middle East. According to him, many leading Saudi companies are participating in the event alongside international companies and hence the show serves as an ideal platform for displaying the latest developments in the industry to the visitors. It will also provide both the Saudi and international companies with the opportunity to explore many new business opportunities.