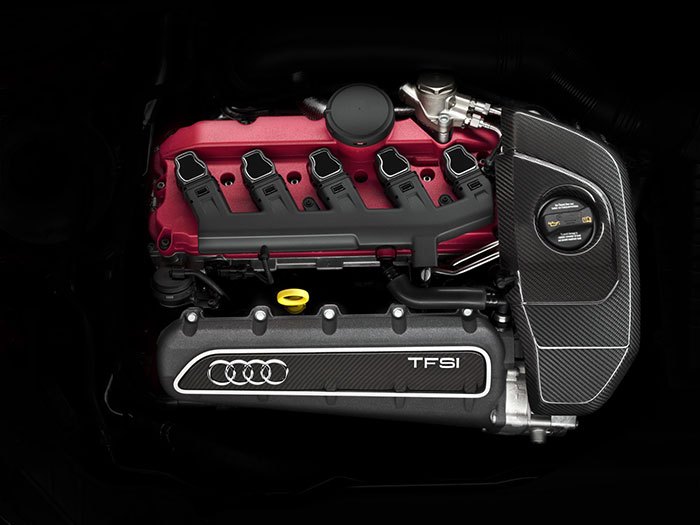 Audi Wins Slew of Prestigious Awards in May and June

Audi cemented its position as of the top automotive brands in the world by winning a slew of prestigious awards in the months of May and June.

Beginning with engines, the second generation of the Audi 2.5 TFSI engine which powers both the Audi RS 3 Sportback and the Audi RS Q3 was chosen as the “International Engine of the Year”. The engine was picked for the award which was established in 1999 by a panel of 65 motorsport journalists drawn from different parts of the world. Audi is winning this award for the twelfth time.

The Audio A4 received a “Top Safety Pick+” in the crash test conducted by Insurance Institute for Highway Safety (IIHS). The vehicle received the top score of “Good” in all crash disciplines rated, making the premium mid-size car one of the safest cars on the US market. The A4 also earned the “superior” rating for frontal crash prevention.

At the 27th International Business Film Days, Audi got the “Golden Victoria” award in the “Informational Film” category for the technical animation for the Audi e-tron quattro concept. The German brand also got the Black Victoria award for the Q2 opening film for the 2016 Geneva Motor Show. Audi received these awards in the “Production Arts and Crafts” category” due to its employment of animation, special effects and Graphics in these videos.

Audi won two prizes at the Off Road awards with the Audi A6 allroad quattro taking first spot in the “Luxury Crossover” category, while the Audi Q7 bagged the third position in the luxury SUV segment.

Award for Interiors from Wards

The Audi TTS made it to the list of the top 10 cars chosen by Wards for the best interiors. The interiors received this high rating on the basis of their employment of user-friendly technologies and striking design.