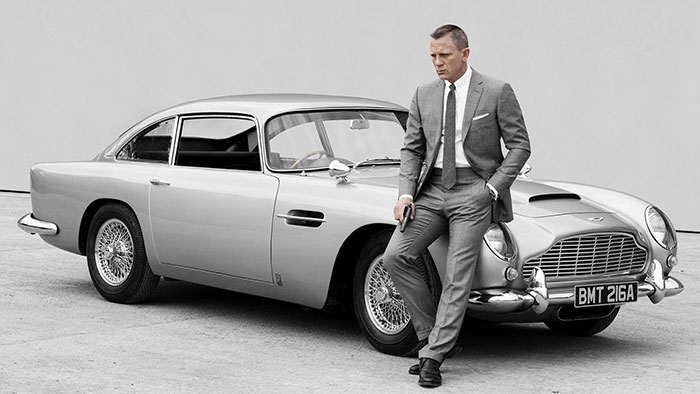 Aston Martin is known from being a totally British brand, but now thanks to a new chief executive who spent 13 years in Japan, it will launch a new concierge service inspired by Omotenashi or “entertaining customers wholeheartedly”.

Dr Andy Palmer took over as the chief executive of Aston Martin Lagonda Ltd. in 2014. He is a veteran of the automotive industry and spent 24 years working for Nissan Motor Corporation in both the UK and Japan.

He has now been inspired by the Japanese to introduce a new concept of customer service at Aston Martin. According to Dr. Palmer, using the omotenashi philosophy means putting the customer first, above all else. Hence, the design of every new model will begin with a detailed analysis of who the target customer is and what he would be looking for when he buys an Aston Martin.

Aston Martin cars are luxury vehicles that are good enough to be chosen by Bond. Luxury customers not only demand the finest craftsmanship and quality from the cars they buy but are also looking for the best customer experience. They are looking for a long time relationship with the luxury brand that they opt for. This led Palmer to look eastwards for inspiration and adopt ‘omotenashi,’ a concept of unique hospitality that has customer satisfaction at its core.

At the Tokyo Motor Show, Palmer announced the launch of the Aston Martin Secret Service. It is a bespoke program inspired by “omotenashi” that will provide Aston Martin owners with a dedicated VIP concierge service plus additional money-can’t-buy experiences. These can include design workshops with the firm’s chief creative officer and track days to give them an idea of the true capability of their vehicle.

Currently, the program has been launched in Japan only for owners of the Aston Martin Vanquish flagship model, but Palmer expressed his hope that eventually it will “become the new global standard for customer care”.

This innovative concept will be backed by a range of top notch cars that are stunners in every sense of the word. Palmer feels that his main task is to help make Aston Martin more popular in markets outside the UK. Though Aston Martin is highly popular in the UK, only half of the 70,000 cars the company has made so far have been exported. In view of the immense potential that markets like Japan and the BRIC countries offer, Aston Martin is set to steer a new path with Omotenashi while still retaining its “exclusive” cachet.

“Aston Martins always need to be rare and they always need to be exclusive”, Palmer concluded. “However, we believe we can grow carefully and organically by making this fantastically strong brand relevant to buyers who would never normally have considered buying an Aston Martin.