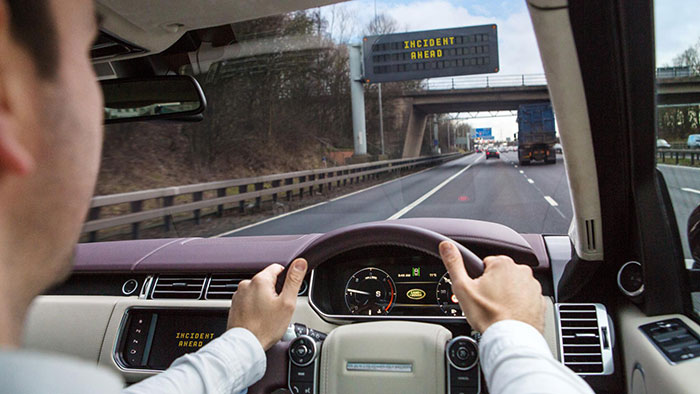 Jaguar Land Rover will be spending millions on a research project that aims to develop self-driving cars that will drive like humans and not robots.

As the initial step, a fleet of Jaguar and Land Rover vehicles will be provided to the company’s employees in Greenwich to be driven on a daily basis in order to analyze how different types of drivers respond to real-world driving scenarios which may include negotiating busy junctions and roundabouts, making way for an emergency vehicle behind them, bad weather conditions, difficult terrain, heavy traffic and roadworks. Sensors in the cars will be used to capture data about the normal driving behaviors and the decisions made by the drivers in complex situations.

The data thus collected by the test cars will also be used by insurance companies to come up with insurance policies for autonomous cars. The project named “Move-UK” will be conducted over a period of three years and will cost GBP 5.5 million. Move-UK will receive support from the UK government to the tune of GBP 2.75 million through a grant from Innovate UK as part of the British government’s GBP 100 million Connected and Autonomous Vehicles fund. Other organizations like The Transport Research Laboratory (TRL), Direct Line, the London Borough of Greenwich and The Floow and it will be conducted under the leadership of automotive components manufacturer, Bosch.

One obstacle that manufacturers will encounter when it comes to selling autonomous cars is getting customers to adopt the models with the new technology. Producing models that would replicate the behavior of human motorists can have a significant impact on gaining customer acceptance, as drivers are then more likely to allow the car to take control.

Dr. Wolfgang Epple, Director of Research and Technology, Jaguar Land Rover, said that understanding how human drivers would react in real life situations would help the project to focus on the driver and get customers to take to autonomous cars in the future.

He added that Jaguar Landrover eventually wants to produce models where drivers can choose to opt for either an autonomous drive or drive the vehicle themselves. Once drivers see that the autonomous mode is good for less demanding tasks like parking or driving in heavy traffic, they will eventually relax and will ultimately let the car take control.