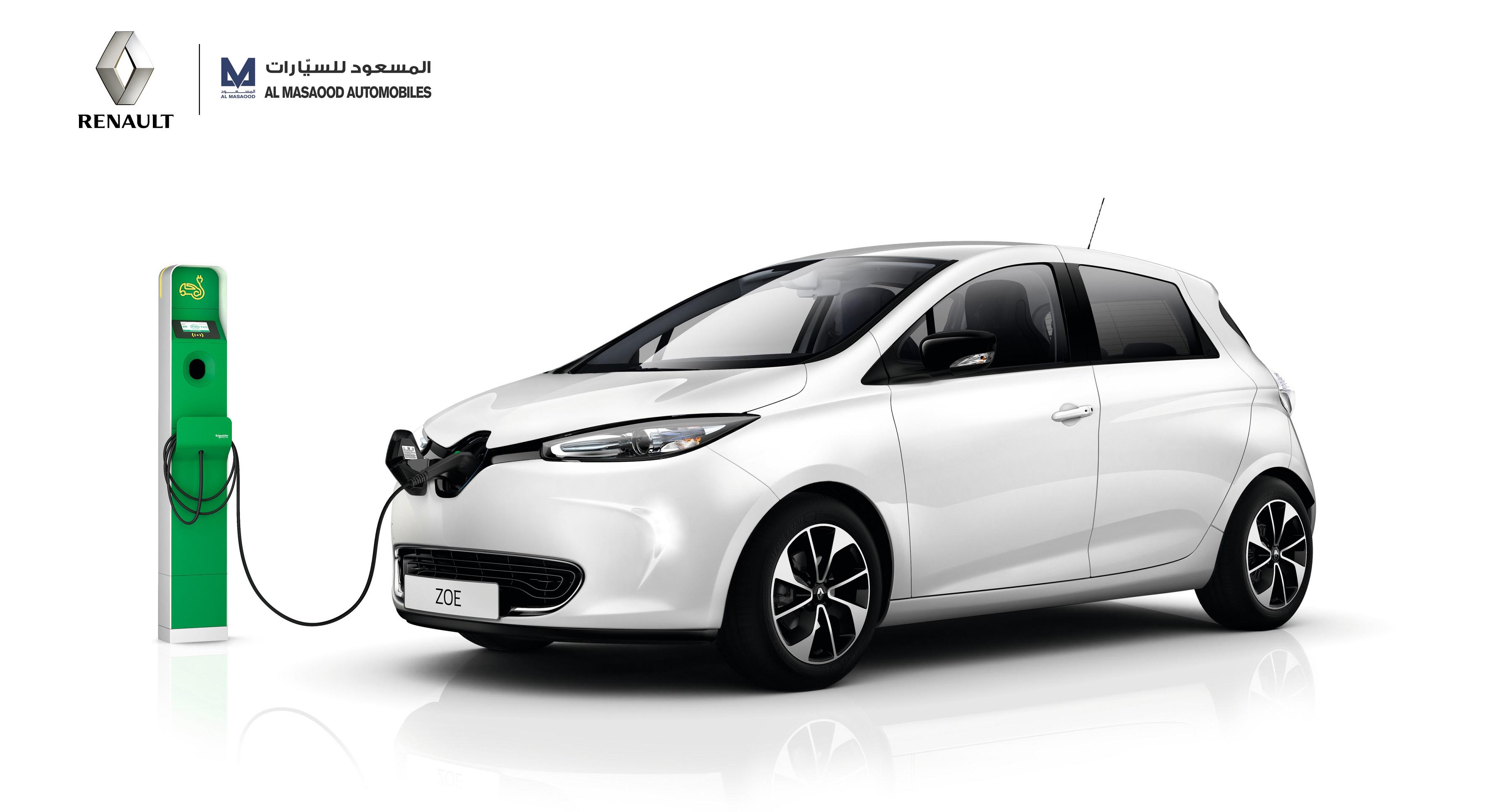 Abu Dhabi’s bid to create a green metropolis and reduce carbon dioxide emissions from cars has received a new boost with Al Masaood Automobiles’ launch of Renault Zoe’s latest electric car model across the emirate. Renault was the first automotive manufacturer to introduce a full electric vehicle (EV) in the Middle East. The new Renault Zoe’s long range model boasts a 40 battery – 41kWh unit power source which extends the driving range of the EV to a record 300 kilometers on a single charge.

Compared to its previous generation, the new generation of Zoe has double the driving range. The battery used in the new vehicle is made with high-energy density lithium-ion technology which was developed in collaboration with LG Chem and has been refined to increase storage capacity. Meanwhile, no compromises were made when it came to weight and space. The battery has been strategically integrated within the vehicle. The Zoe’s advanced air circulation system and electronic management helps to maintain the battery’s temperature at consistent level. This feature makes the Renault Zoe an economical vehicle to run and ideal for markets like the UAE where temperatures really soar during the summers.

Commenting on the launch of the Zoe, Irfan Tansel, CEO, Al Masaood Automobiles, said that the model is a compact car which is just right for urban mobility as it is fully electric and has zero emissions. Both these features align well with Abu Dhabi’s plans to become a sustainable city, in line with the Abu Dhabi Vision 2030 and the UAE’s drive to minimize its carbon footprint. The Zoe is a 5-door city car that is notable for its sporty style and cutting-edge features with its signature headlamps. There is growing interest in EVs in the UAE, and the Renault Zoe is the best option for motorists who are keen on sustainability.

Though the Zoe now has extra capacity, the charging time needed for the Renault Zoe remains the same and its battery needs to be ‘topped up’ for just 30 minutes to get an additional 80 kilometers of range. Renault continues to work on further refining its futuristic cars under the ‘Drive the Future’ strategy. The strategy is a six-year plan as part of which Renault plans to maintain its global leadership in the field of electric cars. Renault has ambitious plans to launch eight new 100 per cent electric vehicles and 12 new electrified models by 2022.

Al Masaood autobiles has been the authorized distributor of Renault vehicles in Abu Dhabi and Al Ain from 2004. Al Masaood has two Renault showrooms, one in Abu Dhabi and one in Al Ain.In 2017, the company earned an award from Renault for ‘Best Sales Performance’ among dealers across the Middle East.