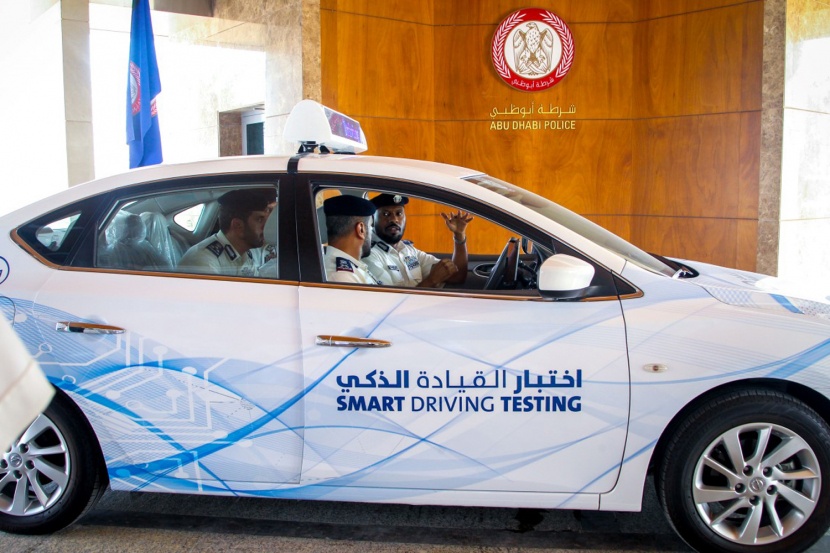 Abu Dhabi has announced that it will be implementing a “Smart Driving Test” system from December. Those who aspire to get a driving license in the emirate will be passed or failed through the use of a system that uses artificial intelligence and technologies to assess their performance. An Abu Dhabi Police official made this announcement on the sidelines of the 26th World Road Congress held at ADNEC recently.

Talking about the system, the official said that as it has zero margin of error, those who take a driving test can be assured of a fair result. The body of the test vehicle will have sensors which will supply data to the system and a total of nine cameras, of which six will be outside the vehicle will be used to capture all aspects related to the vehicle and the test driver. Of the three cameras which will be inside the car, one will focus on the face of the driver, checking the details like the eye movements to see if he is using the mirror while changing lanes etc. Abu Dhabi Police will be using 18 such smart cars for the purpose of testing in Abu Dhabi, 10 in Al Ain and 8 in Al Dhafra.

The test cars will be connected to the control room through GPS and will be monitored continuously. There are 21 mistakes that can lead to failure in the test and the system will deduct marks as and when any of these specific mistakes are committed. While minor mistakes need not necessarily lead to failure, a major one like jumping a red light or driving in the wrong lane would lead to an immediate end of the test.

Test takers who would like to verify the accuracy of the system can ask for a video review if needed. All the mistakes committed by a driver will be explained. It will all be done by the system. Though the test vehicle will have a police officer inside the vehicle, he would become involved only in case of an emergency. The result of the test will be recorded automatically in the traffic file.

Abu Dhabi police has been conducting trials of the system from June.