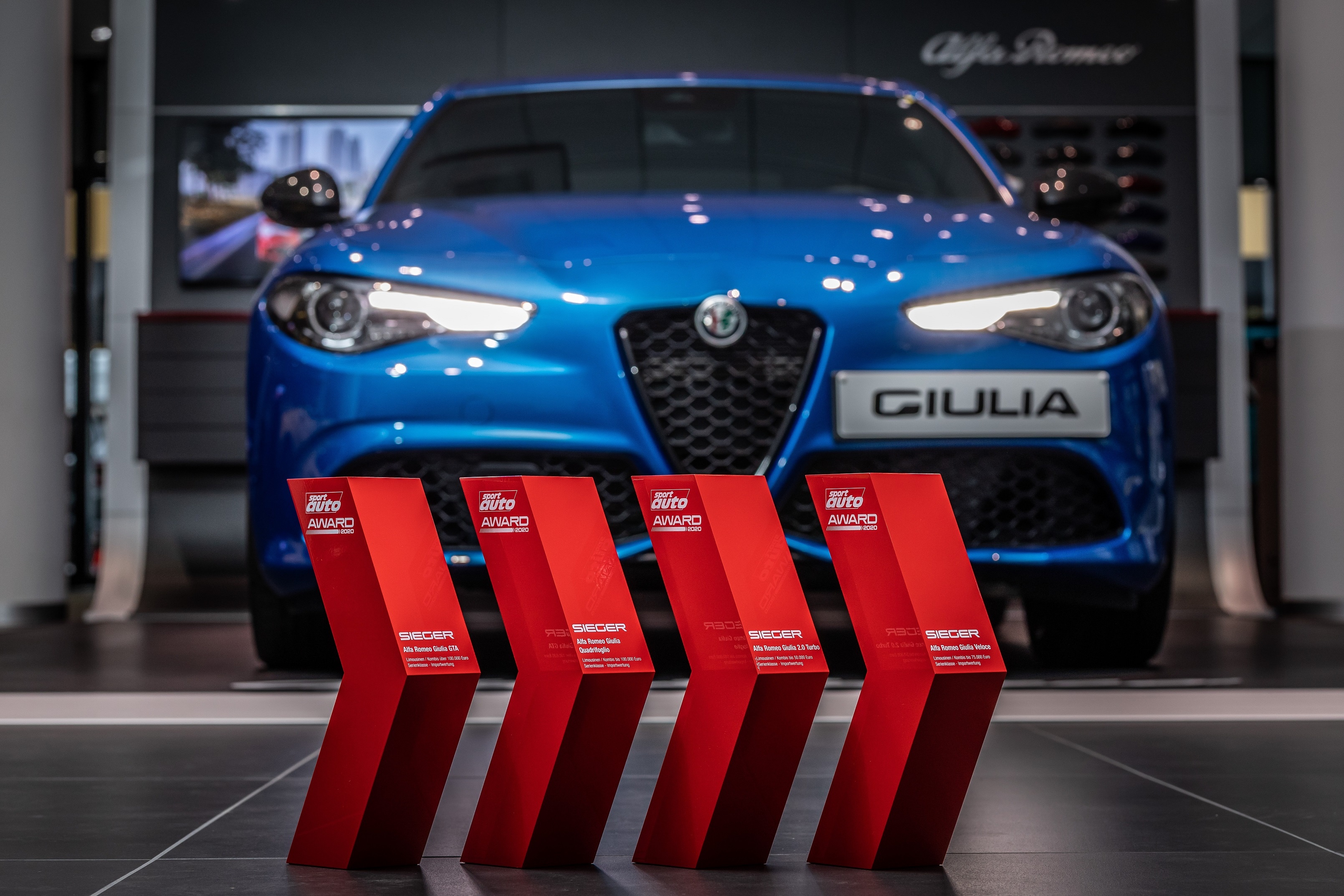 For the 28th time, readers of the German magazine SPORT AUTO have voted for their favorite sports cars. Once again, they have selected the Alfa Romeo Giulia as one of the winners. But for the first time, the Italian sports sedan has received plaudits in no less than four categories at the “SPORT AUTO AWARDS”. The Alfa Romeo Giulia GTAm came out on top with a 44.7% share of the vote in the import category of the coveted “Serial production sedans/station wagons over €100,000” category. The new Giulia GTA is technically and conceptually inspired by the 1965 Giulia GTA, the “Gran Turismo Alleggerita” developed by Autodelta. Equipped with an upgraded, now 540 hp version of the Alfa Romeo 2.9 V6 Bi-Turbo engine, it is the most powerful road vehicle in the brand’s 110-year history.

Around 13,000 readers took part in the “SPORT AUTO AWARDS 2020”. They chose their favorites from 230 vehicle models in 18 categories of vehicles in serial production – each with a special prize for imported cars, and in 10 tuning categories.