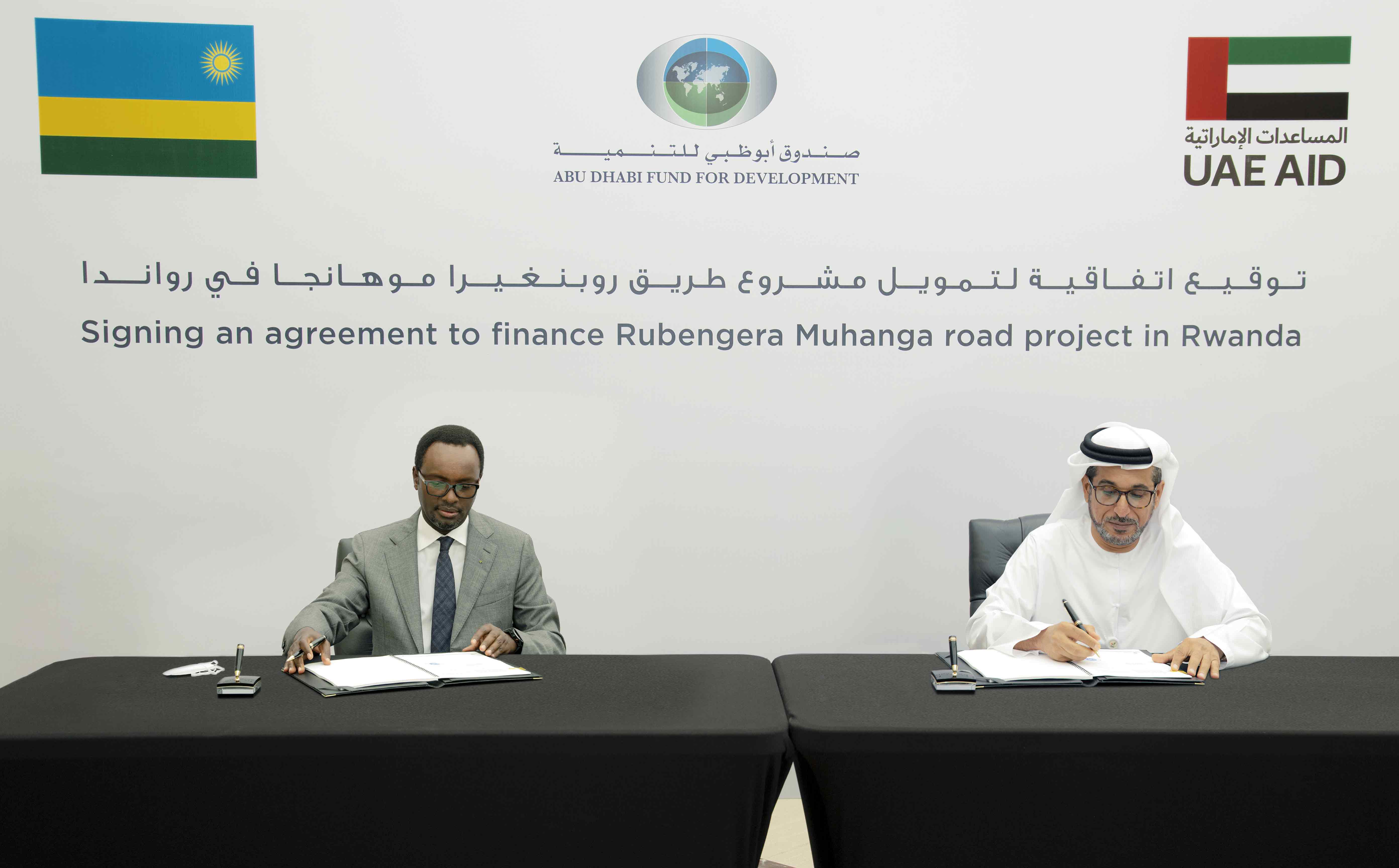 Abu Dhabi Fund for Development (ADFD), the economic development arm of the UAE government, signed an agreement with the Government of Rwanda to provide a concessionary loan valued at USD 15 million (AED55 million) to finance the Rambura – Nyange section of the Rubengera- Muhanga road project.

The Rwanda road rehabilitation project of Rubengera – Muhanga covers 61 kilometers connecting the country’s Southern and Western Provinces. In addition to major road repairs, it includes expanding the width of the road from 6 meters to 7.5 meters while adding shoulders and rebuilding water drains.

The road improvement project will improve the connection between urban and rural areas in and around Muhanga, the largest metropolitan area in Rwanda’s Southern Province, and Karongi in the nation’s Western Province. ADFD will support development of a 22-kilometer roadway running between the towns of Rambura and Nyange.

H.E. Al Suwaidi said: “Improving road infrastructure is a key pillar of the continued economic development and social growth strategy of Rwanda. While it brings numerous benefits, one major impact is that it will better connect trade routes across multiple Central African nations, a region that represents growing international trade potential for the UAE. ADFD’s support of this strategic project will directly benefit the Rwandan people while also contributing to economic growth in the African region and expand trade opportunities.”

H.E Emmanuel Hategeka said: “Improving the Rwandan road infrastructure was a key pillar of the success of the Rwanda Vision 2020 and will continue to be as we implement Vision 2050. Strengthening the connection of our rural and urban centers contributes to so many aspects of our national economic and social development agenda, touching everything from small and medium enterprises, trade, travel and tourism to food security. We have a long history working in cooperation with Abu Dhabi Fund for Development and the United Arab Emirates and greatly value their support on this important infrastructure development program.”

The program will greatly reduce travel times between cities, increase road safety and improve access to employment opportunities, healthcare and education facilities for residents. The improved roads will also better accommodate heavy trucks and promote an increase in cross border trade among neighboring countries, including Uganda, Tanzania, Burundi and the Democratic Republic of Congo.

This is the second project ADFD has supported in Rwanda in a relationship that started in 1981 with the AED14 million construction of the Kigali International Airport in the nation’s capital city. More development projects will be considered in the near future.

Rwanda has embarked on a major economic and social transformation agenda under the new Vision 2050 which sets out the pathway to improve the overall standard of living and quality of life of Rwandans. Upgrading and expanding the national road system plays a significant role in Vision 2050. It serves as a catalyst for economic development by driving greater industrialization, increasing international trade, and connecting rural communities to help achieve the nation’s agriculture for wealth creation strategy.

Rwanda’s Vision 2050 articulates the long-term strategic direction for the nation and the enabling pathways to achieve its growth ambitions. Following the success of Vision 2020, the plan supports Rwanda’s aspirations to transform its economy and modernize the lives of all Rwandans. Vision 2050 serves as the critical planning and policy blueprint to guide the efforts of all players in Rwanda’s development.