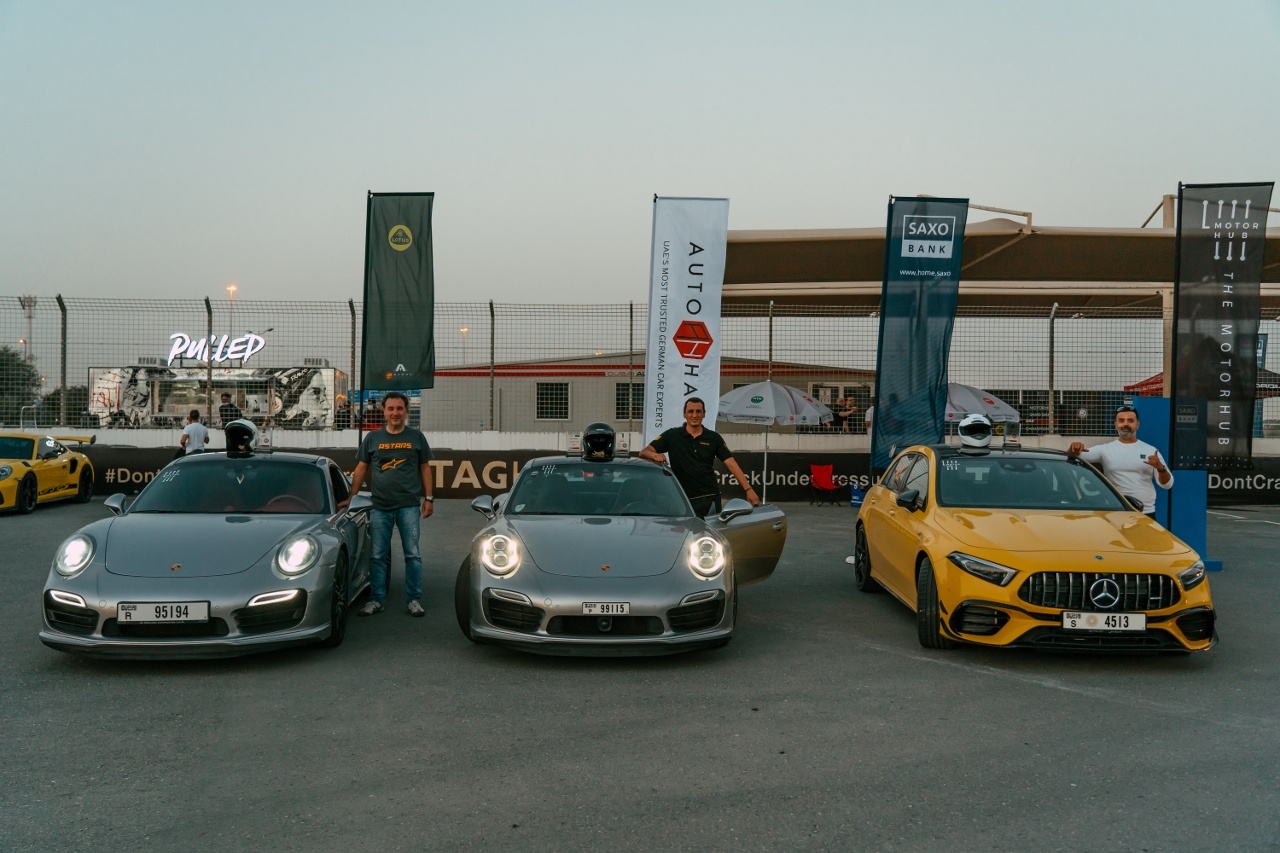 Round three of the UAE’s Car Club Autocross Championship Series took place on Saturday April 10, and series leader Ibrahim Abouelgheit once again dominated with his second race win in three events as the action moved to the iconic Dubai Autodrome track.

Driving in his Porsche Turbo S at the Autodrome for the first time this series after two outings at Jebel Ali, Abouelgheit took first place in the All-Wheel Drive Category and once again claimed the Saxo Bank Fastest Overall Time, posting a final lap that was one second quicker than runner-up Chehade El Kahi, who topped the Rear-Wheel Drive Category in the Porsche GT3 RS.

The performance means that Abouelgheit has now claimed first place in the AWD Category in all three events this season and taken the crown of Saxo Bank Fastest Overall Lap Winner twice in three rounds. He leads the AWD standings ahead of Murat Binici, who stormed back from a disqualification in his first two heats with a stunning third lap to claim the second spot in his Porsche Turbo.

Abouelgheit said: “That was another amazing round of The MotorHub Saxo Bank Autocross Championship. I’m glad I managed to hit back with the fastest lap in this round after losing it in round 2 – the competition was fierce, and I respect the high-quality challenge from all the drivers. It went right to the wire and I’m glad I was able to win and secure the fastest lap in the final heat of the race. Thanks to all who supported me, believed in me, and kept me going to achieve this!”

Johnny Khazzoum sits second in the RWD category behind El Kahi after following up his Saxo Bank Fastest Overall Lap Winner last time out in Jebel Ali with another impressive display in the Lotus Exige. The Electric Vehicle category was also well contested, with the welcome addition of a Porsche Taycan Turbo S to an already diverse category.

The Championship now goes on hold for the summer break period – traditionally the off-season in the UAE – and will restart in the second half of the year, with exact dates to be announced by September.

The Championship is being held with strict adherence to public health and safety measures as mandated under the ‘Return to Racing Health & Safety Guidelines’ of the Emirates Motorsport Organisation (EMSO) – the UAE’s Motorsport regulatory body.