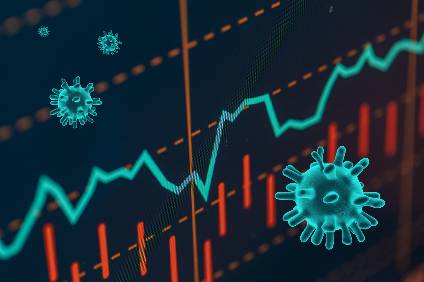 Samsung has reportedly decided to make an exit from its automotive OEM dream by selling its 19.9% stake in Renault Samsung Motors. The divestment follows a trademark contract ending between Samsung Cars and Renault Samsung Motors last year and will put an end to the use of the ‘Samsung’ branding on vehicles from 2023. This step may help Samsung to focus on its core expertise in the automotive sector, which is electronic products and the components for electric vehicle (EV), says GlobalData, a leading data and analytics company.

Bakar Sadik Agwan, Senior Automotive Analyst at GlobalData, comments: “The exit is part of Samsung Group’s business restructuring, which aims to enhance the company’s brand image. On a similar note, Renault – the majority stakeholder – has also been looking to optimize domestic business, which is weakening due to lower sales and, high labor and manufacturing costs.

“To a certain extent, the development looks ‘mutual’ and is a win-win for both companies. 2020 has been a tough year for Renault Samsung Motors in South Korea. Company domestic sales fell to the lowest level since 2004 and exports declined by some 78%. The prolonged COVID-19 pandemic, major chip shortages and growing competition in the domestic market further deepened the company’s woes.

“Disagreements between labor and the company management resulted in multiple strikes in 2020 which brought the production to a standstill several times. This has significantly hampered the brand’s image – a major concern for the Samsung Group. The Korean automaker reported an operating loss of KRW70bn (US$60m) in 2020.”

Samsung Group possesses a significant presence in the automotive value chain with the company supplying several components and batteries through Samsung Electronics, Samsung SDI and its acquired businesses from Harman International. These include chipsets, displays, battery cells/modules/packs, audio products, connected/telematics products and related electronic components. The company has significantly focused to enhance its presence in the EVs market. These elements are all seen as more value-creating activities in the automotive sector, especially as the industry is accelerating its move from providing the mechanical devices of yesteryear to the future’s ‘computers on wheels’.

Mr. Agwan concludes: “It may not be quick for Samsung to sell its significant share in the venture given the brand’s hampered image, ongoing chip shortages and the Korean market dynamics. A recent example is Indian automaker Mahindra & Mahindra, which failed to find buyers for its loss-making South Korean subsidiary SsangYong. But the exit, whenever made, will help both the companies to achieve their individual goals.