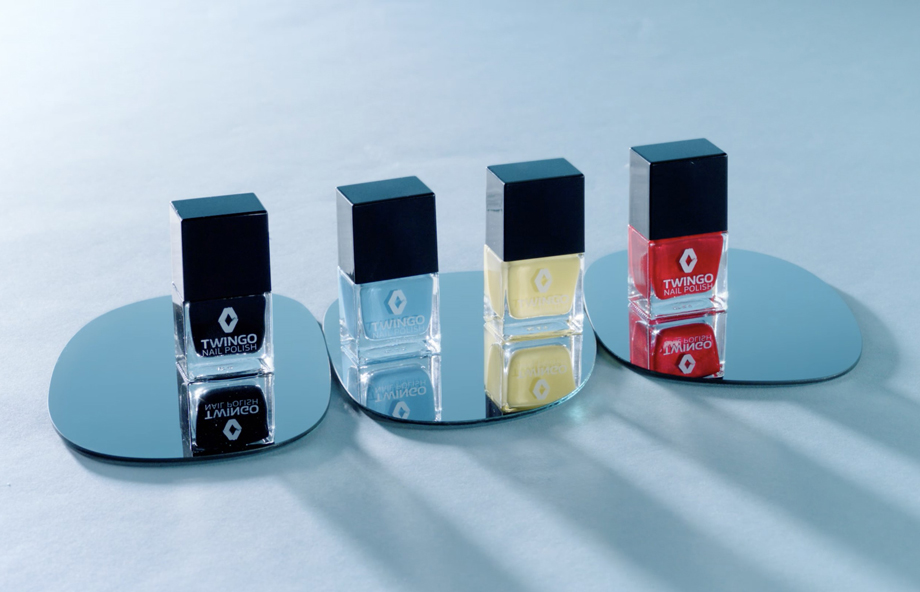 Automakers form partnerships with many brands, activities and events to popularize their brands. Generally, they try to associate with sports or activities that require toughness or performance like motorsports, football, endurance racing events like 24 Hours Le Mans. Nissan Many tire makers have been closely associated with football clubs like Apollo’s partnership with Manchester United and Toyo’s association with AC Milan. Nissan has many cricket stars as global ambassadors.

Renault has chosen a novel approach when it comes to boosting brand awareness. The French car maker, maybe hoping to appeal to female customers has taken to nail polish to showcase its sense of style.

Renault will be offering some of its automotive paint colors as nail polish for women who want to flaunt the shades as a fashion accessory. The line of nail colors named Twingo Nail polish is a set of four colors that match some of the most popular shades used for the Renault Twingo hatchback.

Renault developed the range in collaboration with cosmetics specialists De Blangy. The Twingo nail colors serve as a dual function. In addition to their usefulness as nail colors, they can also be used to touch up a minor scratch on your matching color Twingo.

For all its novelty, Renault is not the only auto brand that has dabbled in nail polish. In 2014, for the 50th anniversary of the Mustang, Ford collaborated with OPI on a line of Mustang Nail Colors and even organized a complimentary nail bar at the New York Auto Show that year.

Does this signal a fundamental shift in the way automakers choose to market their models? That remains to be seen.