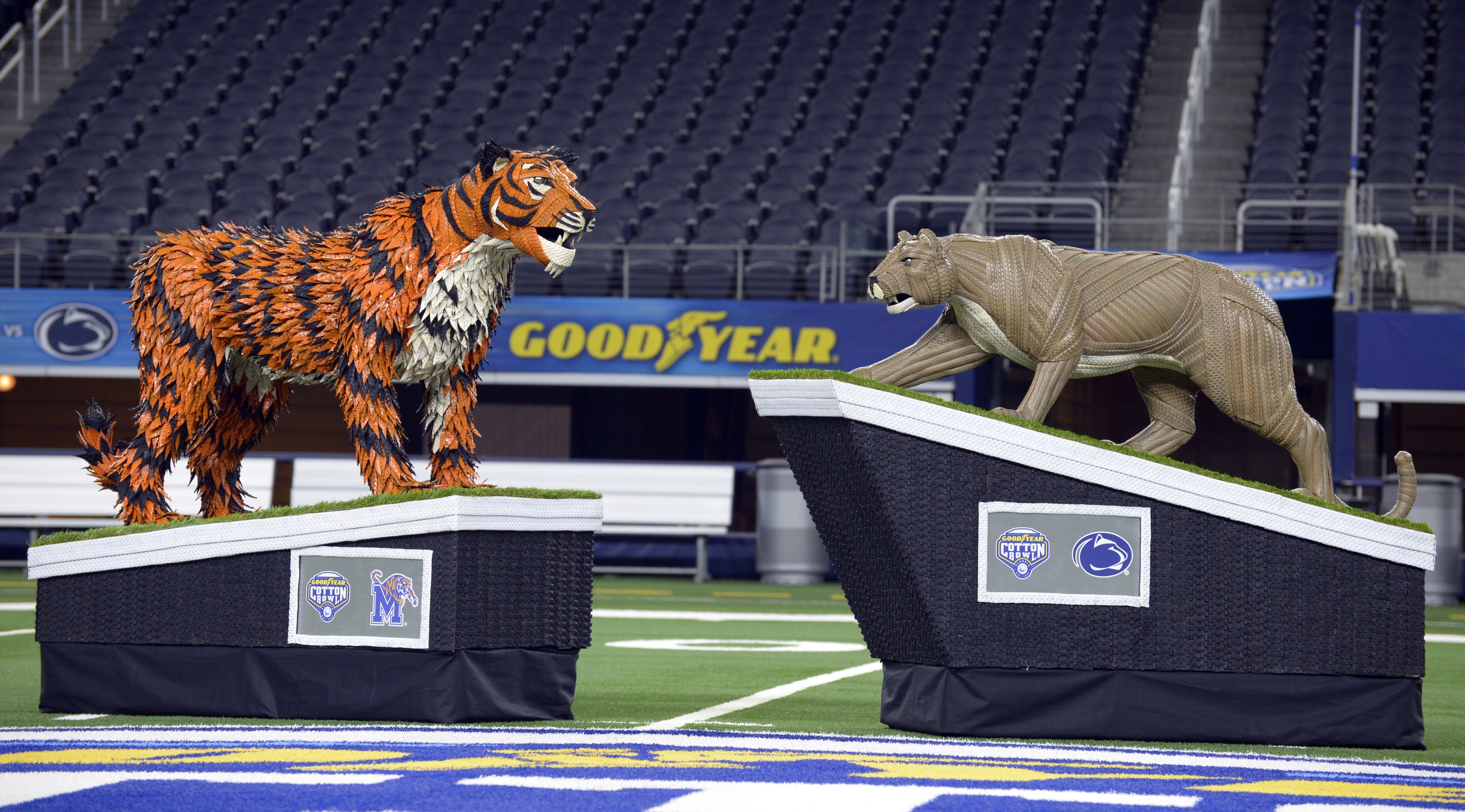 Goodyear used hundreds of end-of-life tires to make massive statues of mascots like the Penn State Nittany Lion and Memphis’ Tom the Tiger.

The tire maker unveiled the massive mascot statues at the 84th edition of the Goodyear Cotton Bowl Classic which was held at the AT&T Stadium in Arlington, Texas on December 28. The company donated the statues to the Pennsylvania State University and the University of Memphis after the game. Goodyear chronicled the process of making the statues in a time-lapse video that was shared widely on social media.

Each of the statues weighed over 200 pounds and was over five feet tall. It took more than 260 tires, 450 concealed screws and 400-plus hours to makes the two statues. They were made by former minor league baseball player and artist, Blake McFarland who fashioned them by hand to highlight the outstanding performance that each Goodyear tire delivers.

Goodyear started this tradition of making such statues four years ago and previous mascots made from tires have included the Notre Dame Leprechaun, Ohio State’s Brutus the Buckeye and the USC Trojan.
“Goodyear’s annual tire art build has quickly become a beloved tradition for the Goodyear Cotton Bowl Classic,” said Rick Baker, Goodyear Cotton Bowl Classic president and CEO. “Our ongoing collaboration with Goodyear continues to enhance the Cotton Bowl Classic experience every year for players and fans alike, and we look forward to creating more memories together.”

Todd Macsuga, Goodyear’s general manager of Brand Marketing.said that Goodyear was very proud to be a part of one of college football’s most revered bowl games.

Macsuga added, “The teams who compete in the Goodyear Cotton Bowl Classic worked hard all season long to reach this point, and these tire sculptures marry the commitment to excellence and performance that the teams exhibit and that we demonstrate in our tires.”

In 2018, Goodyear had announced that it would be renewing its title sponsorship of the Goodyear Cotton Bowl Classic with a multiyear agreement. This extended the company’s association with college football which dates back more than 60 years, from the time the Goodyear Blimp first provided aerial coverage at the 1955 Rose Bowl game.

The National Football Foundation and College Hall of Fame had recently inducted the Goodyear Blimp as an honorary member of the College Football Hall of Fame recently to celebrate Goodyear’s association with college football.