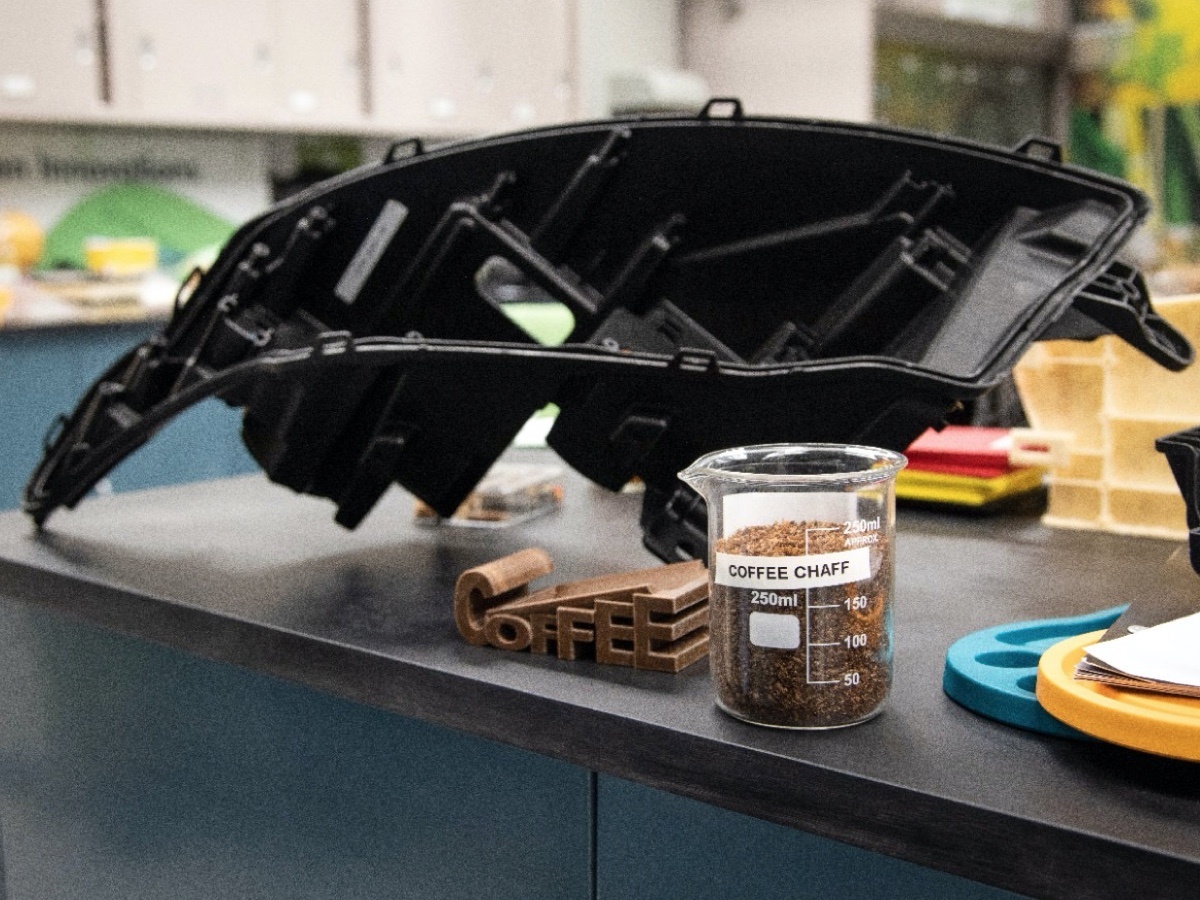 Ford Motors has a track record of promoting sustainability, with the company’s founder, Henry Ford using soyabean-based products as far back as in the 1940s. The company has also soy foam for making some components for automotive interiors from 2011.

In a move to reduce greenhouse gas emissions, the leading automotive manufacturer is considering tying up with McDonalds to use residue from coffee beans for automotive compacts. This could help reduce the environmental impact of the automotive industry.

The idea involves using coffee chaff, the husk of coffee beans that generally peels off during the roasting process to fashion housings for head lamps of vehicles.
According to an interview that a Ford spokesman gave to “The Verge”, the chaff when heated to high temperatures under low oxygen can be mixed with plastic and other additives and turned to pellets. These pellets can then be used to form a diverse range of shapes.

When the chaff is heated, mixed with other components, and thus transformed into bioplastic, car manufacturers will be able to use this material to make components that are 20 percent lighter, thus making it easier for them to meet stringent emission norms as the reduction in weight means that the energy efficiency of vehicles improves. This in turn means that they emit less greenhouse gas emissions. Recycling coffee chaff also means that they are not discarded as waste and this also helps to reduce pollution.

With McDonalds selling about 822 million cups of coffee in the US market alone, the effect such a collaboration might have is immense.

Statistics revealed by Greenpeace indicate that the automotive industry contributed to 9 percent of the global emission of greenhouse emissions in 2018.

According to a CNBC report, McDonald’s outlets in the US have pledged to donate a “significant portion” of their chaff to Ford.

Varroc Lighting Systems is looking to produce headlamp housings for the company before the end of the year. The manufacturer is hoping to use the same material for interior components too.
Senior technical leader of Ford’s emerging materials research team Debbie Miewelski said in an interview to CNBC that the components made from coffee chaff are likely to have a longer life and tto be also more heat-resistant.

Both McDonald’s and Ford are hoping to explore more ways to collaborate with each other in terms of sustainability intiatives including the use of more waste products.

“They must have a lot of ketchup discards — tomato skins and peels and seeds,” Mielewski told CNBC. “What about their French fry potato peels? We are convinced we can probably do some chemistry and make something out of those as well.”