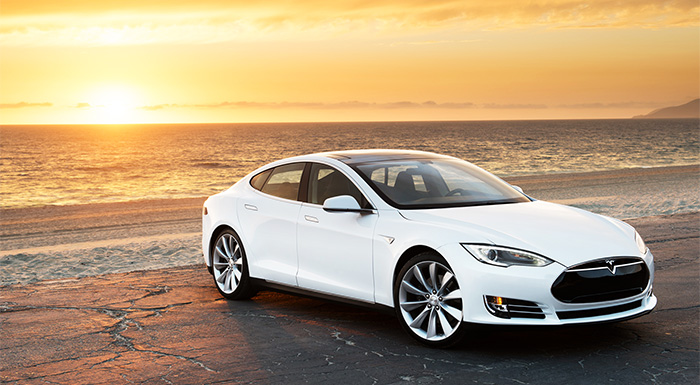 Five Cars that Changed the World

Living up to the claim of changing the world is a tall ask for any person and even more so for an automobile. With dozens of models being released in each segment and over 69 million passenger cars being produced annually, narrowing down the five cars that changed the world forever can be a herculean task. Scattered amid the small improvements that help shape a better automotive experience are the true gems—genuine groundbreaking innovations that indelibly altered the course of automotive history. Almost every car that changed the world has been a first—that elusive and exclusive goal of being the pioneer in automotive invention. From the world’s first mass-produced car to vehicles that necessitated the creation of a new auto segment, this list reviews five cars that have and will change history.

Ubiquitously named the “Motorwagen”—a portmanteau of its two component words, this 954-cc, three-wheeled vehicle is regarded as the first automobile invented. Designed by Karl Benz and first produced in 1886, it also holds the distinction of being the first car to be driven on the first automotive road trip—covering over 194 kilometers and using ligroin or petroleum ether as fuel—by Bertha Benz, his wife. Powered by a single-stroke four-cylinder engine, the Benz Patent-Motorwagen was surprisingly sophisticated, featuring solid rubber tires, dual chain drive, a live beam axle, a single-speed belt transmission and an invention by necessity made by Mrs. Benz on her historic road trip—brake pads. In its heyday, the Motorwagen was a marvel of innovation, with several inventions that would remain standard features in cars for the next 125 years. Needless to say, this car made automotive history and changed the way we traveled.

No list of cars that changed the world—and industrial manufacturing practices—would be complete without the mention of the Ford Model T. The first car to be mass-produced, the Model T was manufactured using an assembly line system that remains the method used to manufacture cars to this day. The Ford assembly line—an adaptation of manufacturing assembly lines used in other industries—made cars accessible to the mass consumer. The Model T, also known as “Tin Lizzie”, first rolled off the production line in 1908 and sold 16.5 million units in its 19-year production run. Featuring a 2.9-liter 20 bhp engine and a two-gear epicyclic powertrain, the Model T was designed to be owned, repaired and customized with ease. It also has the distinction of being one of the only cars in the world to be released in nearly every body type: as a touring car, coupé, roadster, pickup, town car, and sedan in single-door, two-door, and four-door variants. Despite an end accelerated by an unchanged design in the face of rapid auto innovations in Europe and the United States, the Ford Model T remained one of the most popular and memorable cars, even being declared as the most influential automobile of the 20th century.

The Jeep Cherokee produced in 1974 as the first official SUV and the Land Rover, manufactured as the first mass-produced off-road car share joint honors on this list for making history as vehicles that showed the world that cars could take on the great outdoors, making roads where there were none. Although the Cherokee would arrive to replace the Land Rover as the company exited the U.S. market in the 1970s, Jeep and Land Rover share a storied history as brands that were born in the 1940s, with the first Land Rover using Jeep parts and frames, thereby contributing to each other’s success. The Cherokee was marketed as the perfect off-road and camping car for families, spawning the SUV segment. Similarly, Land Rover would become the pioneer of the 4×4 segment, combining ruggedness, drivability, and utility into a single package.

Arguably the most recognizable car shape in the world, the Beetle, or “Bug”, as it was affectionately named in the United States, was Germany’s economical and elegant answer to automakers around the world. Produced in 1938, the Beetle was the brainchild of Austrian-Czech-German auto designer Ferdinand Porsche, who designed the car as an economical 4-speed saloon as commissioned by the infamous Adolf Hitler. Alongside the Austin Mini, the Beetle makes the list as one of the cars that changed the image of the small car. Simple in construction and inexpensive to maintain, the original iconic two-door four-seater car enjoyed a production run that spanned four decades with few changes to its exterior. Released with a 1100-cc horizontally opposed-four-cylinder rear-mounted engine driven by a transaxle transmission, the Beetle’s changes were primarily kept under the hood, with the car upgrading to a 1600-cc engine with optional semi-automatic transmission. The car’s popularity as a reliable and affordable personal automobile spawned two successors. Nonetheless, restored vintage Beetles continue to be some of the most sought-after cars in the world.

Electric cars have been around for decades now, but the Tesla Model S will go down in history as the electric car that changed the world. Stepping out from the shadows of the first hybrid-electric car for the mass market—the Toyota Prius—the Tesla Model S represents the future of the automotive industry. First produced in 2012, the car caught the world’s attention with extraordinary performance and stunning good looks. In a short span, the Model S has won nearly every award for environmentally friendly automobiles. However, this 416 –bhp, 5-door liftback’s claim to being named in the pantheon of great automobiles rests on its performance. With greater range, lower carbon footprint, drivability and aesthetic appeal, the Tesla Model S will be remembered for proving to the world that great innovations can be good for the planet.