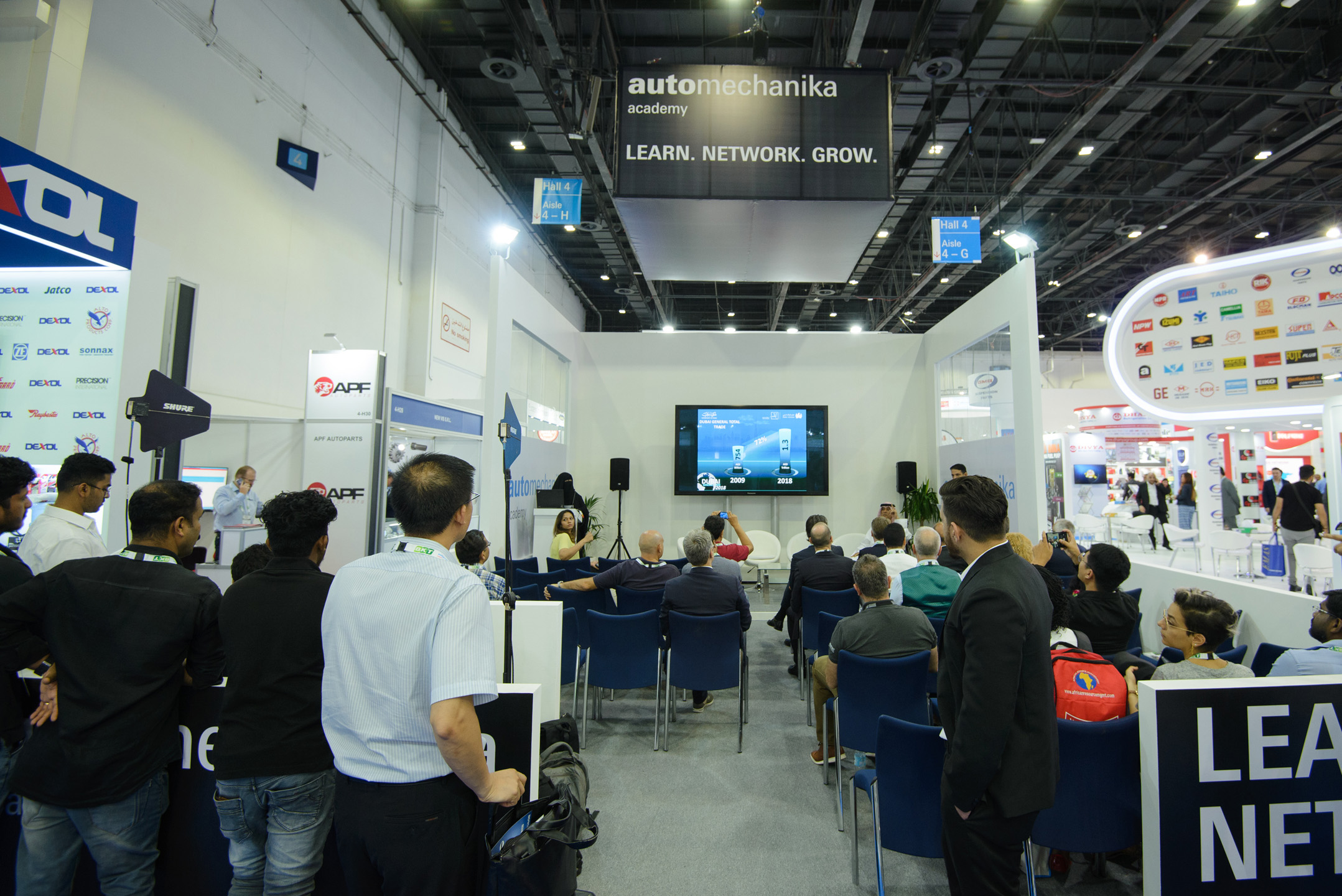 Dubai Trade in Auto parts and Accessories worth USD 10.3 Billion

According to Dubai Customs, Dubai’s trade related to auto parts and accessories was worth USD 10.3 billion in 2018. This was a 32 percent increase in value when compared to the figures for 2009 (USD 7.8 billion) and amounted to goods that weighed a total of 2.1 million tons.

The amount of USD 10.3 billion covered imports of auto parts, accessories, batteries, tires, and engine components worth USD 5.5 billion while the exports and re-exports into neighboring markets amounted to USD 4.8 billion.

The main partner for the UAE when it came to trade related to auto parts was Japan according to Dubai Customs, with the two countries trading USD 1.4 billion worth of aftermarket products in 2018.  The other four countries in the top five list was the United States, Germany, Korea, and China.

These figures were presented at the first session of the Automechanika Academy. Over the years, there has been steady growth in both the number of visitors and exhibitors at Automechanika Dubai and the 2019 edition figures serve to highlight this. Automechanika Dubai is the largest automotive aftermarket trade fair in the Middle East and Africa (MEA) region.

The 17th edition of Automechanika was held recently at the Dubai International Convention and Exhibition Centre, and registered a four percent year-on-year increase in exhibitors this year, with 1,880 exhibitors drawn from 63 countries.

The number of visitors also has shown an increase, with pre-audited visitor and trade buyer numbers from the event’s organiser Messe Frankfurt Middle East coming in at 32,414 from 146 countries, an almost two percent increase when compared to the previous year.

This year, Messe Frankfurt Middle East also added the four new sub-categories of Agricultural Parts & Equipment; Body & Paint; Motorcycle Competence; and Oils & Lubricants.  This decision made it easier for the visitors to quickly find what they needed as they navigated the vast 63,300sqm expanse of exhibition space.

Automechanika Dubai further enhanced its reputation as the biggest such show in the region with the participation of 23 country pavilions and 34 international trade associations in the 2019 edition, and a buzzing Innovation Zone that provided informative insights regarding the future of the automotive  aftermarket.

“The last 12 months have been challenging, but we worked tirelessly to deliver another successful show, where the entire global automotive aftermarket community converged to share knowledge and expand their business networks not only in the MEA, but also the subcontinent and CIS,” said Mahmut Gazi Bilikozen, Automechanika Dubai’s Show Director.

He added that Dubai’s central location between manufacturing countries from the East, Europe, and the Americas, as well as its reputation for easy access for traders and aftermarket professionals from the wider region played a key role in helping Automechanika Dubai to attract the kind of buyers that other aftermarket trade fairs were unable to draw.

The figures that Dubai Customs released further enhanced Dubai’s status as a gateway to emerging global markets, especially in the case of the automotive aftermarket as they pointed to double-digit growth over the last ten years in the Emirate’s aftermarket parts trade.

All of the UAE’s trading partners had a strong presence at Automechanika Dubai 2019, as they all had national pavilions at the show.  In general, exhibitors expressed their satisfaction with the fair and the interest they were able to garner from prospective business partners at the show.

Balkrishna Industries (BKT), a manufacturer and exporter of Off Highway Tyres, and one of the headline returning exhibitors at Automechanika Dubai in 2019 was among these: “Automechanika Dubai is a very good platform for us where we can meet our customers from the Middle East and Africa. It is the foremost trade show for our tyres sector,” said Vikash Nathani, Asst. General Manager, Corporate Communications, for BKT.

“Visitors have been coming in by the droves to observe our range of products. As long as the construction in the region keeps up its impressive range of growth, we see the regional market as a very positive one.