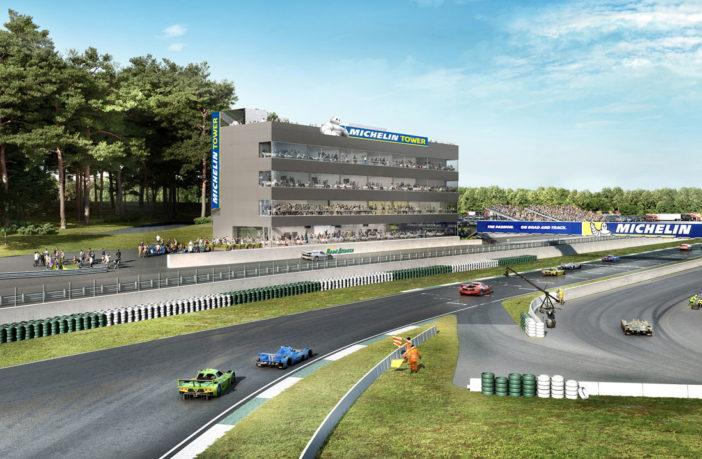 Commenting on the partnership, Scott Clark, chairman and president of Michelin North America said that Michelin has been involved in the field of motorsports for over 125 years as part of its drive to improve tire performance, discover new technologies and to make tires of the highest quality.

He added that for the first time globally, Michelin will have naming rights of a race circuit. Road Atlanta is an iconic racetrack having a rich history and has a natural link to the Michelin heritage of global endurance racing. Acquiring its naming rights would give Michelin a huge opportunity to engage with its partners and consumers.”

Currently, Michelin North America is the official tire partner at Road Atlanta. The front straight bridge of the race track is branded with the iconic Michelin Man, and there are many other promotional displays throughout the 750-acre property.

From 2019, Michelin will be ramping up its presence at Road Atlanta and will be acquiring the naming rights to the entire road-racing facility.

The Michelin partnership will not only involve renaming of the facility but will also serve as the cornerstone for a new control tower. The new building will be known as the Michelin Tower, and will include a 300-person hospitality suite on the main floor, a media center and broadcast booths on the second floor, six hospitality suites on the third floor, and four hospitality suites and race control on the fourth floor. The tower will also have a rooftop viewing deck and a catering kitchen.

Michelin’s collaboration with Road Atlanta goes back to the early years of the racetrack, which was completed in 1970. Michelin’s tires have been used in races conducted on the historic grounds of Road Atlanta for many years and Michelin has used this racing success to continuously improve its product line. The tire manufacturer has used the racetrack as a testing ground for Michelin tires during competition, and under the new agreement the company will have access to conduct driving events for customers and consumers.

“Michelin’s legacy at Road Atlanta runs deep, and these moves will, without question, drive that legacy even further,” said Geoff Lee, president and general manager at Road Atlanta.
“Michelin’s and Road Atlanta’s histories intersect at so many points that it would be impossible to separate them, and this partnership will solidify that bond. To have such a forward-thinking partner in Michelin has afforded even more stability to this top-rated international destination — stability that will be noticeable to fans, teams, clients and more. We are beyond thrilled to become Michelin Raceway Road Atlanta in 2019.”