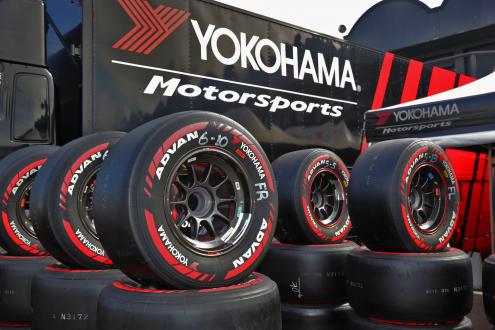 Yokohama Rubber’s Support for Motorsports in 2021

The Yokohama Rubber Co., Ltd., today announced its plans for supporting motorsports events in 2021. The consumer tire strategy in our recently announced new medium-term management plan, Yokohama Transformation 2023 (YX2023), aims to maximize the sales ratios of high-value-added YOKOHAMA tire brands, namely the global flagship ADVAN brand, the GEOLANDAR brand of tires for SUVs and pickup trucks, and various winter tires. YX2023 positions participation in motorsports activities as crucial to our effort to develop new tire technologies that will further strengthen the ADVAN and GEOLANDAR brands. Yokohama Rubber therefore will again participate in a wide variety of motorsports events in Japan and around the globe, from top-category races to grassroots races. Event reports and results will be posted on Yokohama Rubber’s motorsports website as well various SNS specializing in motorsports topics. This release briefly introduces some of the main events Yokohama Rubber will be participating in this year.

SUPER GT races are contested in two classes, GT500 and GT300. GT500 is dominated by works teams from major automakers while GT300 teams tend to be more varied and individualistic. GT500 machines must meet certain specifications. GT300 races, however, are open to a variety of cars made in Japan and overseas. The GT300 machines can broadly be divided into three types: (1) automakers’ production cars that meet the international FIA GT3 specifications, (2) unique JAF-GT machines, and (3) the so-called “Mother Chassis” group of machines. In 2020, KONDO RACING’s Realize Nissan Automobile Technical College GT-R (drivers: Kiyoto Fujinami, Joao Paulo de Oliveira), equipped with ADVAN racing tires, captured the GT300 series championship. In 2021, Yokohama Rubber will support two GT500 teams while also supplying YOKOHAMA tires to 19 machines competing in the GT300 class. In 2021, all eight SUPER GT races are scheduled to be held in Japan.

Yokohama Rubber has entered into a partnership with Walkenhorst Motorsport to supply YOKOHAMA tires for the BMW customer racing team’s three BMW GT3 cars that will compete in the 49th Nürburgring 24-Hour Endurance Race (ADAC TOTAL 24h-Rennen) and the nine races of the 2021 Nürburgring Endurance Series (NLS). We will supply ADVAN A005 tires for use in dry conditions and ADVAN A006 tires for wet conditions. In 2020, the team’s No. 34 BMW M6 GT3, was the champion in the NLS series’ top-level SP9 Pro class.

Yokohama Rubber will again supply ADVAN racing tires as the control tire for TCR regional and national series held in countries around the world. In addition to the TCR Japan Series, we will supply YOKOHAMA tires for the TCR Scandinavia, TCR Denmark, TCR Germany and TCR Russia series races. The tires being supplied are ADVAN A005 for dry tracks and ADVAN A006 for wet tracks.

Other GT and Touring Car Races

In addition to the above races, Yokohama Rubber will supply its ADVAN racing tires as control tires for a number of other races around the world, including the Porsche Sprint Challenge North America by Yokohama, the Yokohama Drivers Cup USA, and the INTER PROTO Series in Japan.

We again will supply our ADVAN racing tires as the control tire for the Japanese SUPER FORMULA LIGHTS Championship series. This series was inaugurated in 2020 as the successor to the Japanese Formula 3 Championship series, which had become known as the “Gateway to becoming a top driver”. Once again, we will supply the ADVAN A005 for use on dry tracks and the ADVAN A006 for races on wet tracks.

Yokohama Rubber will again supply its ADVAN racing tires as the control tire for Japan’s Super-FJ Formula racing series, a domestic regional championship established by the Japan Automobile Federation (JAF). The annual series includes races held at major circuits throughout Japan, from Tohoku in the north to Kyushu in the south.

The 2021 Japanese Rally Championship Series has 10 races* scheduled. Yokohama Rubber will support competing teams by supplying ADVAN A08B and ADVAN A052 for use on tarmac and ADVAN A053 for use on gravel. In 2020, teams supported by Yokohama Rubber captured the championship in three classes—the team of Hiroki Arai and Noritaka Kosaka won the championship in the series’ highest JN-1 class, Shintaro Meiji and Kenta Satonaka won the title in the JN-6 class, and Keiichi Kofuji was the JN-4 class champion. In 2021, we hope to again support champions in multiple classes. Among the JN-1 class competitors we are supporting, three teams are changing machines this year—the Fumio Nutahara/Shungo Azuma team and the Yuta Yamamoto/Kazuko Tachikui team will be driving TOYOTA GR YARIS cars and the Hiroshi Yanagisawa/Takahiro Yasui team will race in a ŠKODA FABIA R5.
*The series’ first event was cancelled.

Gymkhana are time-based competitions in which cars run one-by-one over a paved course with obstacles. In 2021, a number of cars equipped with our high-performance ADVAN A08B, ADVAN A052, and ADVAN A050 tires will be competing for the series championship. In 2020, the series champions in the PN-1 and SA SAX-1 classes adeptly sped to victory on YOKOHAMA tires.

Dirt trial competitions are time-based competitions in which cars run one-by-one over an unpaved course. We are supporting teams vying for the series championship in several classes with a lineup of tires that can deliver superior performance on various surfaces, starting with ADVAN A053 tires and then ADVAN A031 tires for softer surfaces and ADVAN A036 tires for ultra-hard surfaces. In 2020, teams rode YOKOHAMA tires to championships in four classes—PN-2, SA SAX-1, SA SAX-2, and SC-2. In 2021, Kenshiro Takarada will compete in the JD6 class and has changed his machine to a TOYOTA GR YARIS.

We will be supplying our GEOLANDAR brand tires for SUVs and pickup trucks to teams competing in desert races in North America and Oceania and in off-road races in Southeast Asia and other parts of the world. In 2020, the BlueWater Desert Challenge, the final event of North America’s ultimate off-road racing series, Best In The Desert 2020, was won by Justin Lofton driving a vehicle outfitted with specially strengthened versions of the commercially available GEOLANDAR M/T G003 tires.

Yokohama Rubber will again participate in the Pikes Peak International Hill Climb in Colorado, USA, aiming for wins in many classes and a second straight overall championship. In 2020, the overall championship was won by Clint Vahsholtz, driving a 2013 Ford Open outfitted with ADVAN A005 tires. We also will once again provide ADVAN A052 street sports tires as the control tire for the Porsche Pikes Peak Trophy by Yokohama, a hillclimbing that pits drivers of Porsche Cayman GT4 Clubsport vehicles against each other.

We will again provide YOKOHAMA tires to support teams and drivers seeking victory in the top-level OK class of the Japanese Karting Championship, the country’s premier kart racing series. Yokohama Rubber also will continue to support the FP-Junior Cadets category of the Japanese Junior Karting Championship by supplying ADVAN SLJ (ADJ) tires as the control tire for use on dry tracks. Outside of Japan, we again will be supplying the control tire for the Asian Karting Open Championship, as well as various tires for circuit races in the Philippines and other countries.