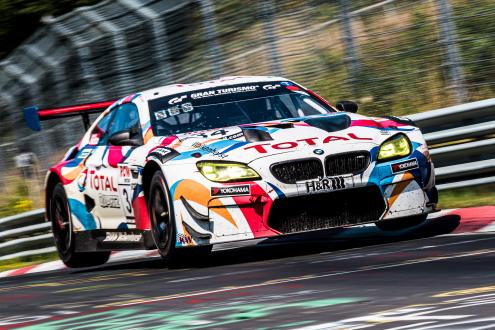 The Yokohama Rubber Co., Ltd., announced today that it has entered into a partnership agreement with Walkenhorst Motorsport, a BMW customer racing team. Under this agreement, Yokohama Rubber will supply Walkenhorst Motorsport with tires for three BMW M6 GT3 cars that will compete next year in the 49th Nürburgring 24-Hour Endurance Race (ADAC TOTAL 24h-Rennen) and the nine races of the 2021 Nürburgring Endurance Series (NLS). The tires being supplied are the “ADVAN A005” for use in dry conditions and the “ADVAN A006” for use on wet tracks.

Yokohama Rubber also supported Walkenhorst Motorsport during the 2020 season, during which the team’s No. 34 BMW M6 GT3, competing in the top-level SP9 Pro class in the NLS series, captured the class championship by turning in a dominant performance over the five races held from June to August, including one first-place finish, two second-place finishes, and one third-place finish. Yokohama Rubber also supported the team at September’s Nürburgring 24-hour Endurance Race, which is run on what is widely considered to be the most demanding course in the world. Running on YOKOHAMA ADVAN tires, Walkenhorst Motorsport No. 101 BMW M6 GT3, competing in the SP9 class, managed to finish 12th in its class and 12th overall despite trouble that forced it to make a lengthy pit stop.