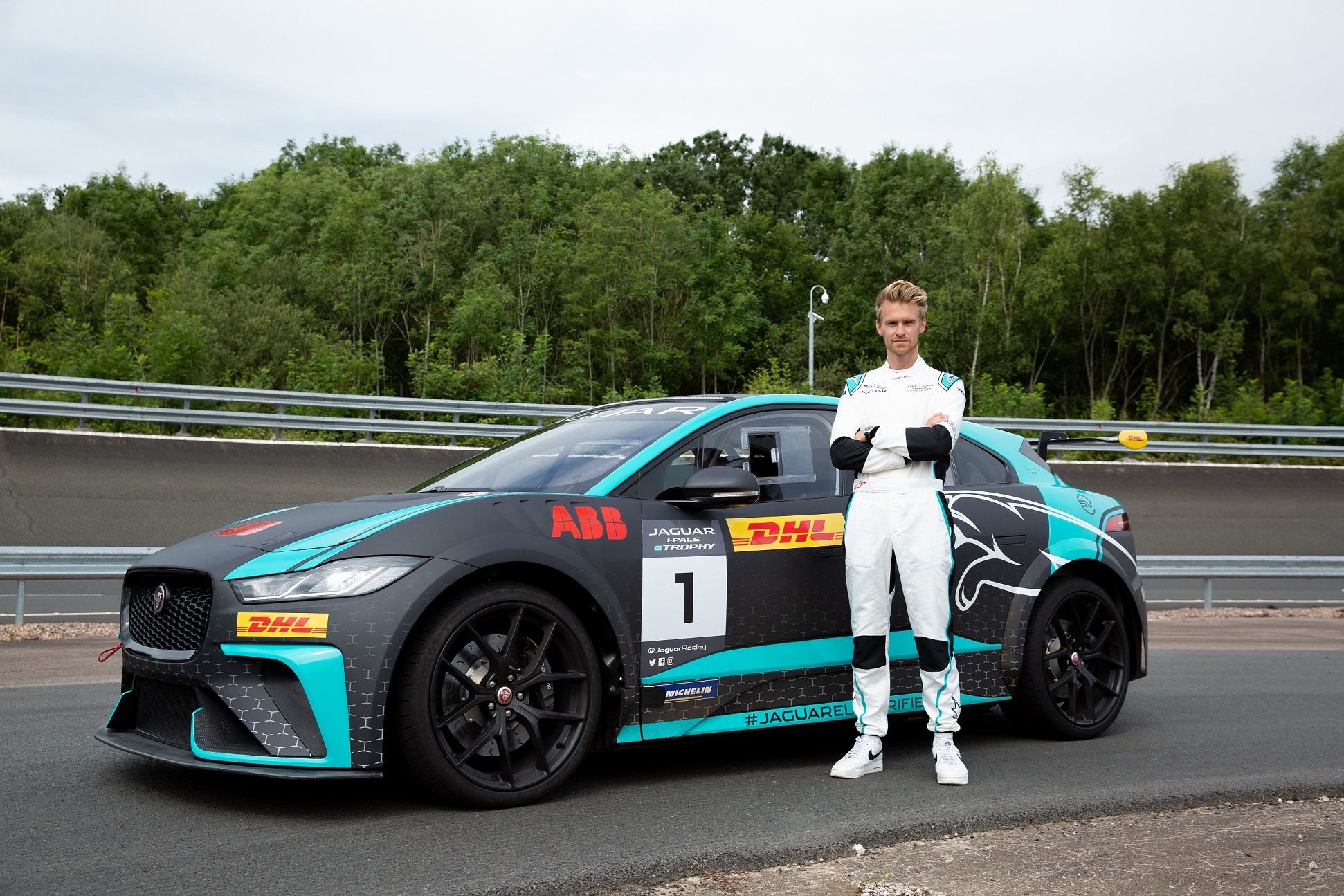 Jaguar Racing has released the latest episode of ‘RE:CHARGE @ Home’ – the new video podcast series. Available across YouTube, Spotify, Apple and Google Podcasts this episode introduces the VIP drivers who will compete in the Jaguar I-PACE eTROPHY Lockdown Showdown in Berlin.

The VIP drivers give an insight into their journeys into motorsport, discuss electrification on both the road and the track and chat about competing in the Jaguar I-PACE eTROPHY season finale.

The Jaguar I-PACE eTROPHY series will conclude in an action-packed week of racing at Berlin’s Tempelhof Circuit. This iconic location will host seven races across nine days including Super Sunday 9 August which will feature two races including a ‘reserve grid’ round 8. On 13 August the season two champions will be crowned.

Watch and listen to episode 14 of the ‘RE:CHARGE @ Home’ on YouTube here: https://bit.ly/YouTube_EP_14

Also listen and subscribe to the series on Spotify: https://sptfy.com/9guD

Oli Webb, Michelin VIP driver for Round 5 and 6:

“I’m extremely excited to race in the Jaguar I-PACE eTROPHY and I’m very grateful to Michelin for giving me the opportunity. I’ve never raced an electric car before and it’s a very competitive field so I’m fully expecting it to come with challenges. Most drivers on the grid know the car inside out and know the Tempelhof track very well. The VIP driver scheme that Jaguar promote is fantastic but I recognise the importance of respecting a long-term point system that could affect someone’s career. You’ve got to make sure there is balance between making your mark, being competitive but also not jeopardising another driver’s championship. I’m so excited, I go into everything I do trying to win but I’d be very happy with a podium.

Abbie Eaton, Jaguar I-PACE eTROPHY VIP Driver for Round 6,7 and 8:

“It’s amazing to be back in the Jaguar I-PACE eTROPHY in Berlin. I’m very lucky to be participating in the Super Sunday race, so I’ll have time to dial in. I’m really hoping to be on the pace by the second race and use the third as an opportunity to get on the podium. The track evolution in Diriyah was massive over the two days but hopefully by the time I get into the racecar in Round 6 in Berlin the track evolution will have improved. I’m really looking forward to it. As I was able to be competitive in Diriyah last year, I almost felt I had unfinished business. I had such a great time in the I-PACE eTROPHY that I wanted to get involved more so I’m really grateful for this opportunity.”

“I’ve seen some amazing car control skills from the drivers in the Jaguar I-PACE eTROPHY over the last two years and I’m really excited to be involved. There are still some people who are sceptical of electric cars but I think a huge advantage of the Jaguar I-PACE eTROPHY is that it demonstrates you can race incredibly fast around the city street circuits, have fun and still have energy left in the battery after the race – which is a huge achievement.”

The Jaguar I-PACE eTROPHY VIP driver for Round 10 will be announced in due course.

The new series, hosted by Amanda Stretton and Vernon Kay, will be a regular, insightful series fans can look forward to with new guests in each episode across Formula E and the Jaguar I-PACE eTROPHY.