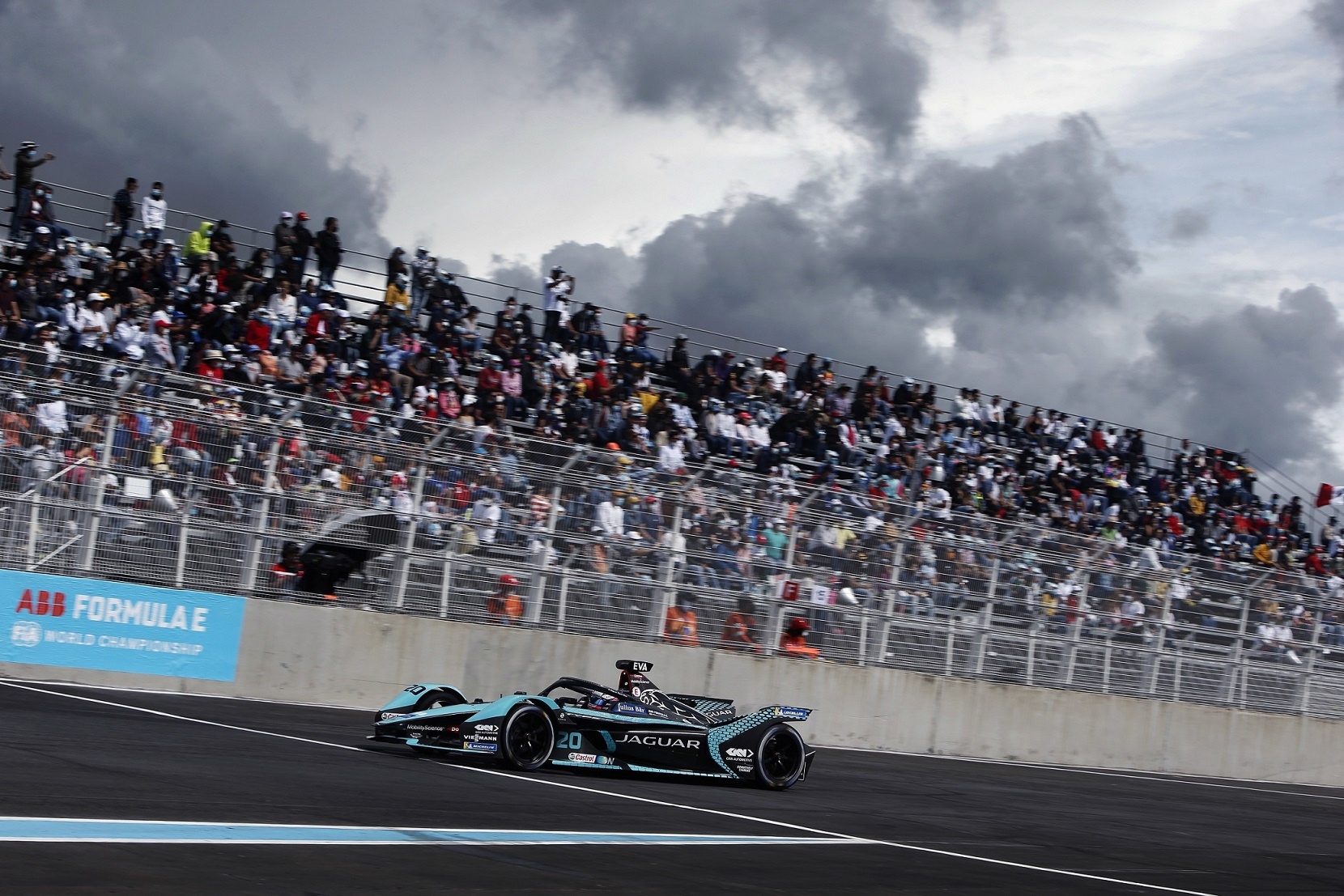 Jaguar Racing finished in the points with Mitch Evans after an eventful Puebla E-Prix which saw two safety car periods and more close racing action. Mitch has closed the gap to the current leader, Robin Frijns, and is only four points behind in the Drivers’ World Championship and Jaguar Racing continue in second place in the Teams’ World Championship.

Kiwi, Mitch Evans, started in twelfth on the grid after finishing second in group one qualifying. The track evolution in between group one and group four was particularly evident in the colourful Mexican city of Puebla. In the race, which marks the halfway point in the season, the team delivered a solid ATTACK MODE and energy management strategy, allowing Evans to execute an impressive drive – carving his way through the pack and making strong decisive overtakes. A late safety car caused the all-electric racecars to bunch together. This combined with a second compulsory ATTACK MODE made further progress difficult for Mitch.

Briton, Sam Bird, started the race in eighteenth after a challenging qualifying session in the shadow of the Popocatepetl volcano. Bird showed the pace of the Jaguar I-TYPE 5 by working his way through the field gaining nine places before a collision with Alex Lynn when exiting the ‘joker lap’ ATTACK MODE activation zone caused him to retire.

James Barclay, Team Director Jaguar Racing, said: “It was a bitter sweet feeling today. It’s good that we were able to score points with Mitch and close the gap to current leader, Robin Frijns, but we know there is more potential in our Jaguar I-TYPE 5 that we didn’t get to show today. The timing of Sam’s accident affected both of our drivers as the safety car caused the field to bunch up and made it extremely difficult for Mitch to deploy his second ATTACK MODE while losing minimal positions. Formula E is always unpredictable and today we had some bad luck. We’re going to debrief and focus on the second race we have tomorrow.”

Sam Bird, #10 Jaguar Racing driver, said: “A tough day in the office today. Nothing really went our way and unfortunately it ended with retirement. The race pace was good, we were up into the points but sadly it all came to an end early. We have another day tomorrow and fingers crossed that we can have a good result.”

Mitch Evans, #20 Jaguar Racing driver, said: “We had a pretty decent start to the race, we made a few positions and we were biding our time to get on top of my energy – which was looking really strong. Then the safety car came out, when we were running in the top six, which really hurt us due to the ATTACK MODE activation penalty we have here in Puebla. To finish in eighth is solid points but I feel like we deserved more here today. We’ll digest what happened in the race today and come back stronger tomorrow.”