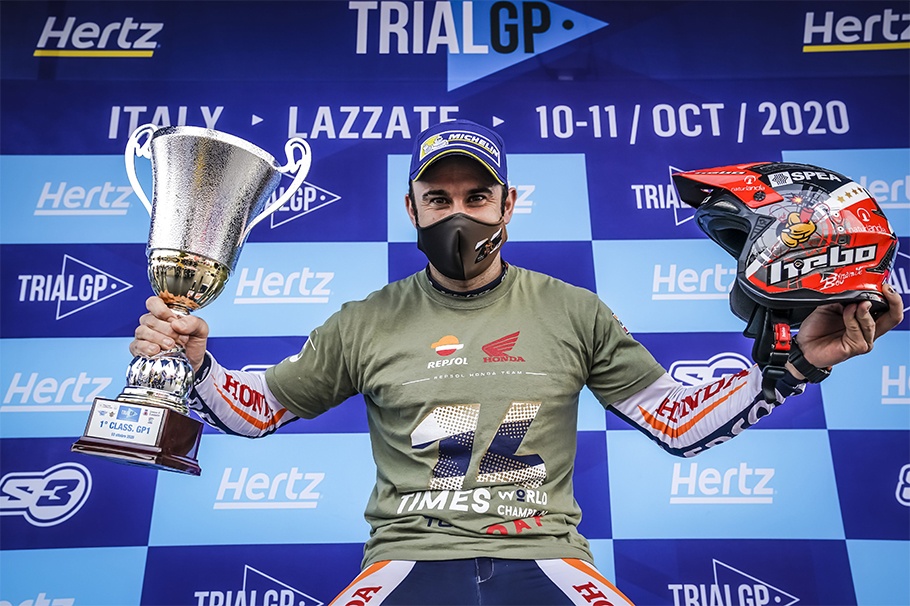 This year’s TrialGP season began in September, delayed due to the COVID-19 pandemic, and was contended over a total of eight races, shortened to four rounds with two races each. Bou was 1st / 3rd in the season-opening French GP, won both races in Round 2 in Spain, and in the penultimate round, came in winner / 2nd. With a 10 point lead over his closest rival, Bou won both races in the final round, securing him an unprecedented 14th consecutive title.

Since 2007 when Bou won his first world championship on the Montesa COTA 4RT factory bike, he not only continued to dominate the series with 14 consecutive titles, but has also secured his 14th consecutive title indoors on man-made courses by winning the 2020 X-Trial World Championship.