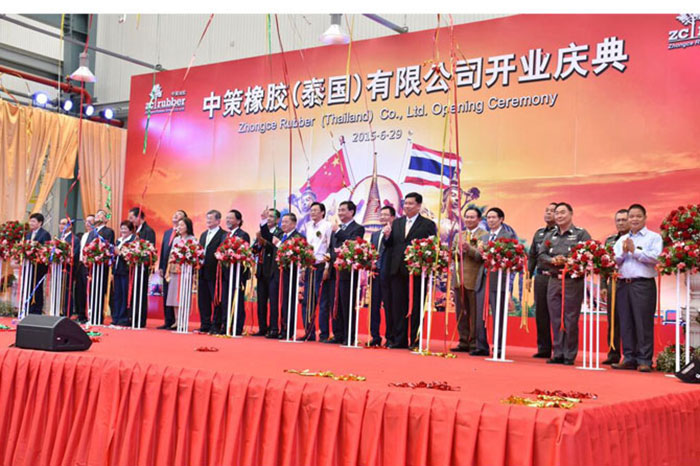 Zhongce Rubber (Thailand) Co. Ltd. said that it would continue to expand the capacity of its factory in Rayong, Thailand to produce tires for passenger cars and trucks. The company’s top executives revealed this during an event held to mark the factory’s first anniversary. According to the company’s parent group, Zhongce Rubber Group Co. Ltd. of China, the factory has 2,500 employees and is rated at 4.2 million passenger and light truck radials and 700,000 truck/bus radials. The 6.1 million-sq.ft. plant commenced production of passenger and light truck tires in June last year, with radial truck tire production beginning in December.

Speaking at the gala event, ZC Rubber President Shen Jinrong said that this marked a milestone in the history of the plant and the company would continue with the second phase of the factory project to cater better to overseas and local demand. Currently, tires produced at the planet are shipped to customers in different parts of the world as well as to local customers.

Shen added, “We expect that the expansion capacity will further improve competitiveness on the market. By extension, we can expand market share in the Southeast Asian regions.”

The tires produced by Zhongce Rubber are sold at the retail level under the Arisun, Chaoyang, Goodride, Trazano and Westlake brands.