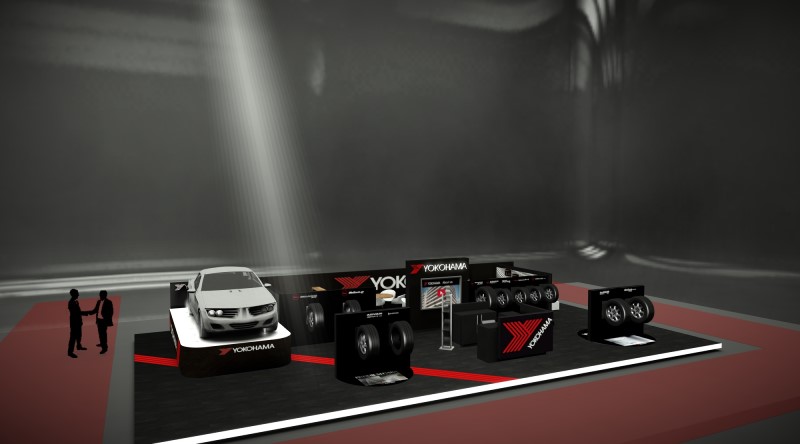 Yokohama Rubber Co., Ltd., has announced today that it will be participating in the 2019 Geneva International Motor Show. The 89th edition of the show is scheduled to be held from March 7 to 17. The Yokohama booth will feature presentations which are related to the Company’s consumer tire strategy as part of its current three-year medium-term plan, “Grand Design 2020 (GD2020)”. The strategy has been implemented from 2018. The booth will also serve as the venue for showcasing many new tire products and a press conference to launch the new products will be held at the booth on 5 March.

In order to further promote awareness about Yokohama’s presence in the premium tire market, which is a key part of GD2020’s consumer tire strategy, Yokohama’s booth at the Geneva Motor Show will feature exhibits which highlight the firm’s strategies for premium car tires, winter tires, and hobby tires.

The premium-car strategy exhibit will showcase Yokohama Rubber’s track record as a supplier of original equipment (OE) tires for many leading premium car models. The display will include the “ADVAN Sport V105”, which is Yokohama’s flagship tire for high-power premium cars.

The winter-tire strategy exhibit will include the display of several tires from the firm’s diverse range of winter tires, including the “BluEarth-4S AW21”, which is positioned as an all-season tire for the European passenger car market; “iceGUARD iG60”, a passenger-car studless tire that has the highest performance levels of any studless ever produced by YOKOHAMA; and the “BluEarth＊WINTER V905”, a highly fuel-efficient winter tire for passenger car and SUVs.

The exhibit featuring hobby tires will include new street sports tires which will be available only in the European market. The hobby tire area will also feature a mud-terrain tire for SUVs and pickup trucks which will make its debut on the European scene, and other products that can enhance a vehicle’s image as a hobby car. These include some new tires which are meant to appeal to owners of historic cars. Visitors to the Yokohama booth will also be able to see a NISSAN GT-R which will be fitted with “ADVAN A052” street sport tires, one of the company’s main hobby tires.

The Yokohama booth at the 2019 Geneva Motor Show will also have special corners that will highlight Yokohama’s connection to the FIA World Touring Car Cup (WTCR) and its role as a sponsor of Chelsea FC. Yokohama is the supplier of control tires for the races.
As an outcome of its sponsorship of Chelsea FC, Chelsea Legend Didier Drogba will participate in a fan Q&A at the Yokohama booth on Friday, March 8. He will answer questions regarding his stint in the team and his role as a Yokohama ambassador.