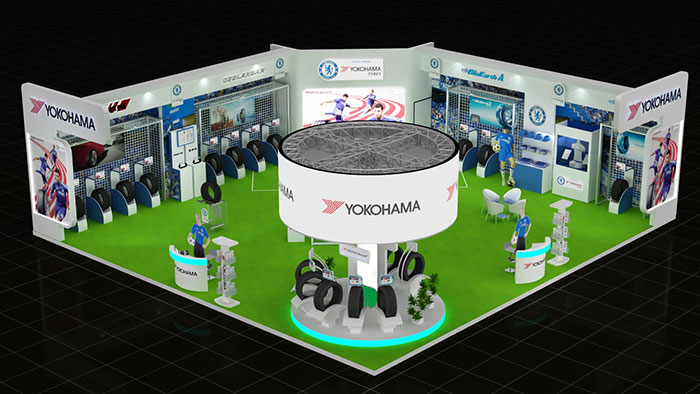 The Yokohama Rubber Co., Ltd. has revealed plans to participate in Auto Expo for the fifth consecutive time. The 13th edition of the event which held once in two years is the largest motor show in India will be held from 3-9 February in Greater Noida. The renowned Japanese tire manufacturer will be participating in the event through its Indian subsidiary, Yokohama India Pvt. Ltd. and participated in the trade show for the first time back in 2008.

At this year’s event, the Yokohama booth will be highlighting the company’s partnership with the English Premier League champions Chelsea Football Club and the “BluEarth-A AE50 CHELSEA FC EDITION” tire which was made to mark the partnership between YOKOHAMA and Chelsea FC, with the Chelsea FC logo on its sidewall.

Other products that will take pride of place at the Yokohama booth will include Yokohama’s flagship brand “ADVAN”, the “GEOLANDAR” tire for SUVs, the “S.drive” tire for sports cars and the tire that Yokohama developed specifically for the Indian market, “YOKOHAMA Earth-1”.

YOKOHAMA’s award winning fuel-efficient tire “BluEarth-1 EF20”, which is now only sold in the Japanese market will also take centerstage at the booth as a concept tire. This is meant to showcase YOKOHAMA’s progress in developing environmentally friendly technologies to the Indian market, where consciousness about sustainability and environmental impact is on the rise.

Ever since Yokohama set up its subsidiary, Yokohama India in April 2007, the company has been focusing on steady growth in the Indian market with marketing and network-building activities. As part of this drive, the company began local production of passenger car tires by opening a plant in Haryana in November 2014.