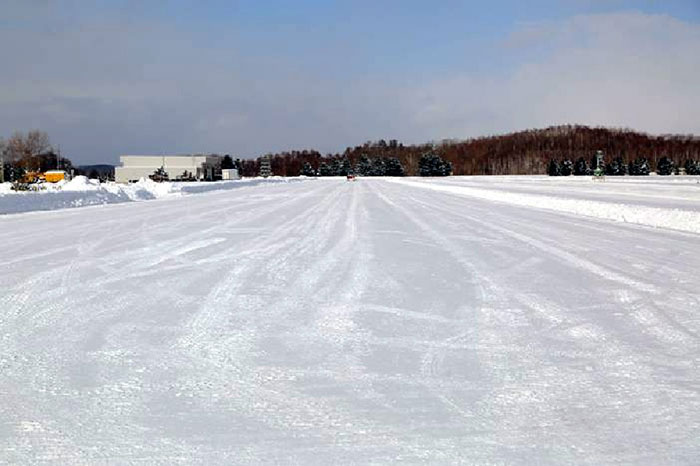 Well known Japanese tire manufacturer, Yokohama Rubber Co., Ltd., has opened a new winter tire testing facility in Hokkaido. Named Tire Test Center of Hokkaido (TTCH),the testing center is a sprawling campus of 224 acres, and is situated in Asahikawa City. It is easily accessible as it is only a 15 minutes drive from the Asahikawa train station and 10 minutes from Asahikawa Airport. The facility was formally inaugurated by Yokohama Rubber President Hikomitsu Noji and Asahikawa mayor Masahito Nishikawa on January 20.

The testing facility was formerly used as a track for horse racing and was acquired by Yokohama Rubber in March 2015. It has various components including a 1 km-long straight snow track, a hill track, a flat ice track, a snow and ice circle, and a handling track for testing winter tires in different types of terrain. The course is fully capable of supporting the testing of passenger cars driven at speeds exceeding 100 kph, and includes winding and sloping roads to conduct braking, starting and acceleration tests with trucks and buses.

The TTCH facility is located in an area that experiences stable temperatures below freezing to replicate severe winter conditions in the period from end-December to end-February. During the rest of the year, Yokohama will be using TTCH to test the company’s summer tires.

Yokohama Rubber owns a winter tire test facility called the T*MARY winter tire test course in Takasu Town, in Hokkaido’s Kamikawa County had previously tested its winter tires at this facility and on rented courses in Sweden. In view of the company’s increasing sales and global footprint, it is now necessary to conduct tests that are more sophisticated on an increasing portfolio of products. The new TTCH facility, which is four times as large as the T*MARY will now make the winter testing process a lot smoother for Yokohama.