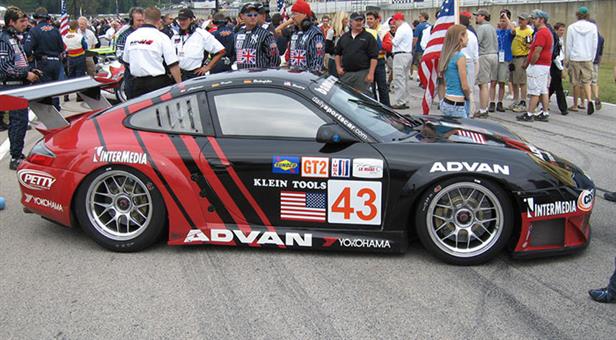 Yokohama is adding to its growing portfolio of OE fitments. The Japanese tire manufacturer’s ADVAN Sport V105 tire has been selected by Porsche to be the original equipment tire for its new 911, 718 Boxster and 718 Cayman models.

This is not Yokohama’s first OE fitment for Porsche. The two companies have a longstanding history of collaboration, with Porsche selecting the Yokohama Aa008P tires as the OE for its 1989 Porsche 911 (type 964). Subsequently, Yokohama has supplied OE tires for a number of Porsche models.

In addition to production cars, Yokohama has also supplied tires to racing teams for several Porsche models including the 956 and 962C in many races. In 2000, Team Taisan’s victory in the GT class at Le Mans was powered by Yokohama tires. Another year in which they played a starring role was in 2001 when they were used on Seikel Motorsport’s Porsche 911 GT3R, which won the GT class. In the 2005 race, Alex Job Racing’s Porsche 911GT3R which won the LM GT2 category also used Yokohama racing tires.

In addition to the new Yokohama tires, the Porsche 2017 models are bigger, more powerful versions of their predecessors.

The 718 Boxster has been completely revamped except for its roadster top, the windshield and its luggage compartment lid. The new model owes its superior performance to a totally new generation of turbocharged, flat-four cylinder engines. The chassis too has been completely retuned and another distinctive feature is the latest generation of PCM (Porsche Communication Management), which can be supplemented with services like real-time traffic information, Google Street View and Apple Car Play.

The new 2017 718 Cayman models use turbocharged flat-four cylinder engines that employ direct fuel injection. It has greater efficiency thanks to electrical system recuperation, thermal management and auto start/stop function. The turbocharged 2.0 liter engine in the new 718 Cayman has an output of 300 hp which is 35 hp more than that of its predecessor.

The seventh-generation of the Porsche 911 is not only longer and lower, but also has a wider front track. When it comes to the interiors, it has many state-of-the-art features including Porsche Torque Vectoring (PTV), Porsche Active Suspension Management (PASM) and enhanced dynamic engine mount technology as well as a new electro-mechanical power steering system. This gives the model better roll stability and the ability to provide motorists with outstanding driving dynamics.