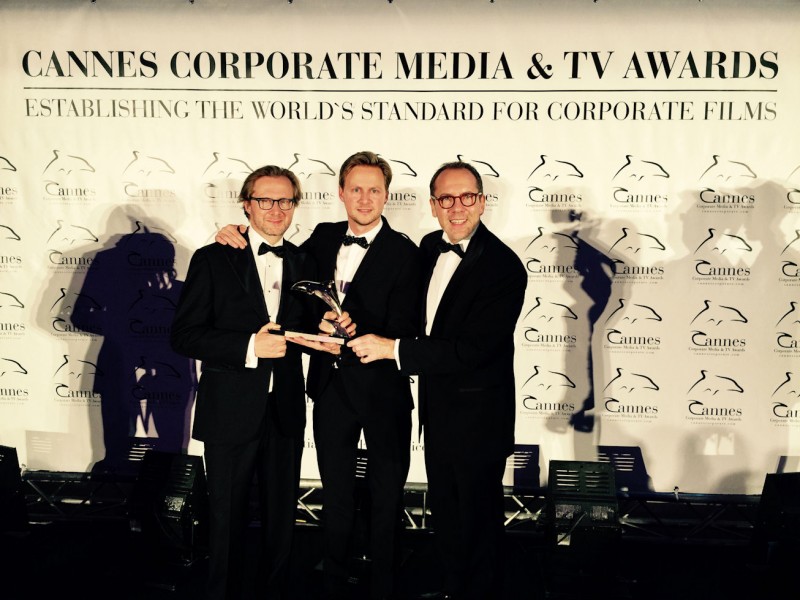 The unlikely partnership between Danish electronic music artist, DJ Hardwell and leading tire brand, Vredstein yielded gold for Vredstein as Hardwells ‘Run Wild’ music video won a Golden Dolphin at the Cannes Corporate Media & TV Awards 2016. The video, which was part of Vredestein’s #ROCKTHEROAD promotional campaign, won the award in the Integrated Communication category amidst tough competition as the category received over 1,000 submissions. The award was given to Vredestein at a ceremony held in Palm Beach, Cannes last night.

The video was made by Amsterdam-based production house Sounds Like Film and Spanish race driver Carmen Jordá played the starring role. It was launched in March and in just four months received over ten million views on YouTube. The soundtrack which was composed by DJ Hardwell whose given name is Robbert van de Corput and featured vocals by Jake Reese, also proved to be a hit, entering the dance charts’ top ten within a month.

Commenting on the award, Marco Paracciani, chief marketing officer at Apollo Tyres Ltd said that it attested to the high quality and ‘premiumness’ of the production which was appreciated by over ten million viewers. He said the premium quality of the video was similar to the level of attention that is given to making and marketing premium tires  at Vredestein tyres. He also went on to thank the production house, Sounds Like Film for doing a remarkable job.

The video was made in a video game format and the star Carmen Jordá was placed in this virtual racing game, by filming all close-up shots against background projections in the studio.

This not the first time that Vredstein is getting recognition for a promotional video. In 2015, two mini-films, which were used during the product launch of the Vredestein Quatrac 5 and Vredestein Sportrac 5 patterns won the Gold prize at the World Media Festival in Hamburg. These films also won prizes at the Silver OttoCar Award during Autovision festival in Frankfurt. Hence, the Golden Dolphin Award for the “Rock the Road” video continues a long heritage of success for the Vredstein team.