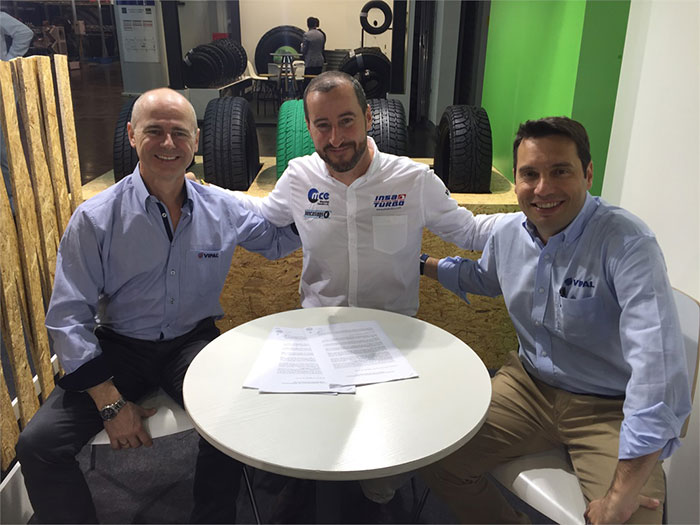 Vipal Rubber Corp. , the Brazilian retread manufacturer has finalized a joint venture agreement with Mezcla Caucho (Mezcla Rubber) of Spain to foray into the European market. The JV company will manufacture hot tire retreading products that will be sold under the Vipal brand in Europe. This will be the first such Vipal facility built outside Brazil.

Mezcla Caucho is one of the subsidiaries of Grupo Soledad, which specializes in the manufacture of rubber composites. The joint venture will deal with the production of non-vulcanized rubber strips and will open up the market for a product range that is known for its short shelf life. The production of the non-vulcanised rubber strips at a plant in the city of Aspe, located in the province of Alicante, Spain is expected to start generating sales in this year itself, according to Vipal.

According to Leandro Rigon, director of international business for Vipal, the deal cements the already close relationship Vipal has with Grupo Soledad and both companies will collaborate to make and market high-quality products that cater to the needs of customers.

Renan Lima, superintendent director for Vipal. Said that the company has a lot invested in this project and spent a great deal of time studying projects and exchanging information and technologies to ensure that they would get the results they desire in terms of sales in the local market.

Vipal Europe,Vipal’s subsidiary in Europe, which has its headquarters in Valencia, Spain, will deal with marketing and sales of the local production. The marketing campaign for the products has already commenced.